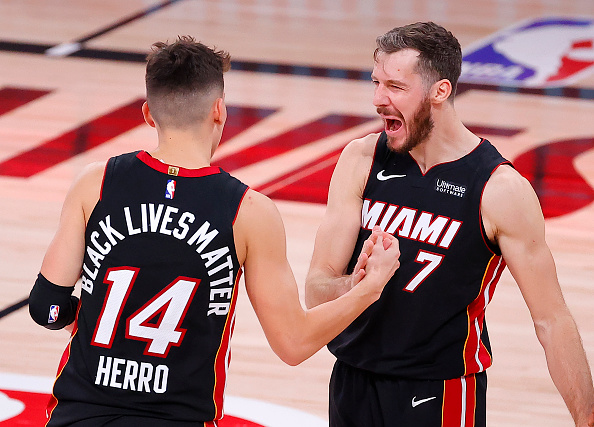 The story of Game 4 was obviously Tyler Herro as the Miami rookie scored a game high 37 points on 14-of-21 shooting while adding six rebounds and three assists. He carried Miami to the victory hitting big shot after big shot while Boston made it's late game charge. The other story of this game was the turnovers as the Celtics turned the ball over 19 times compared to the Heat eight. On the night Boston actually shot better than Miami from the floor and three-point line but attempted six less free-throws. Celtics start Jayson Tatum failed to score a point until the third quarter and still managed to finish with a team high 28. Jaylen Brown and Kemba...