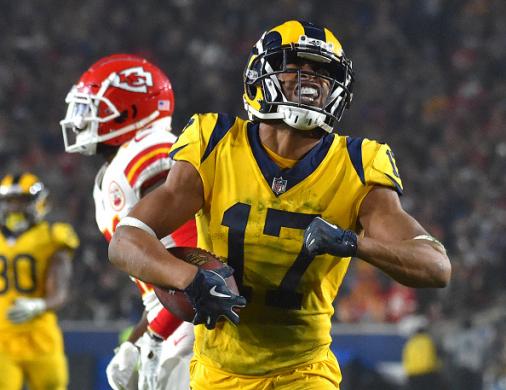 Back at it again with another Best Ball draft breakdown from this past Sunday night. In this draft I had the number two pick and went into it with a little bit of a different strategy than usual. Unfortunately some poor connection due to weather and some funky site bugs led to a few autopicks. But, as they say, you can’t make excuses. So, let’s take a look at how this team turned out.

Started off with Saquon Barkley with the second overall pick. Hard to really argue with any of the top four running backs going here to be completely honest. I like the upside that Barkley, Elliott and Kamara all bring and any one of them could easily be the top overall fantasy back this season. My one drawback with Barkley this season is his schedule as the NFC East plays the AFC North and the NFC West with both of those divisions boasting some tough matchups for the Giants.

With my second pick I did something I haven’t yet done this season and that was take tight end Travis Kelce and my reasoning for this was due to my plan for round three which was to stack him with Patrick Mahomes . Kelce is the clear top tight end in football and puts up wide receiver type production. Following an injury filled season in 2019 I expect Mahomes to return as the top overall QB in fantasy in 2020. In a Best Ball league I have zero qualms stacking players and there are few, if any, better stacks in football than Mahomes with Kelce.

Round four is where the first issue popped up with the platform not refreshing, I was never alerted that I was even on the clock…..this resulted in an autodraft of D’Andre Swift. Now, it’s an interesting pick as Swift was a big-time college running back but he goes to a Lions team that has struggled to run the football and already has Kerryon Johnson . Swift however can be a home run hitter and in Best Ball formats I am OK, still not thrilled, but OK with the selection. I more than likely would have taken Kareem Hunt or Cam Akers over Swift but onward we move.

Round five I again snagged Robert Woods . The disrespect this man gets in fantasy football right now is absurd. Since joining the Rams in 2017 his per 16 game averages are 86 catches on 132 targets for 1,166 yards and five touchdowns. I like it a lot.

The pick of Woods started a three pick run of receivers for me. In sticking with a theme of going a bit unconventional I took Ravens receiver Marquise Brown . I considered Gallup who I like a lot but I also have a ton of exposure to him already this season. Brown popped as a rookie but was very inconsistent. He is a good buy in Best Ball due to his ability for some monster weeks. I followed up the Brown pick with Julian Edelman who I really like with Cam Newton or Jarret Stidham, whomever will be the QB in New England.

In rounds eight and nine I went with back-to-back running back picks. Matt Breida is a favorite of mine this season in Miami as their change of pace and pass catching back opposite of Jordan Howard . Phillip Lindsay I think is a great handcuff to Melvin Gordon and should honestly still see 10-plus touches a game in that Broncos offense. Lindsay has notched back-to-back 1,000 yard seasons and was a strong red zone runner. Sad to see Denver bring in Melvin Gordon to diminish both of their fantasy upsides but we get a good discount on Lindsay who offers strong handcuff upside if Gordon gets hurt, something he is prone to do.

The second half of this draft was a bit muddled for me. I needed a WR4 but there was some slim pickings here. Ultimately went with rookie Justin Jefferson in hopes he finds a big role in Minnesota with the departure of Stefon Diggs . Followed that play up with AJ Dillon whom I am very high on this season as a potential red zone threat for the Packers. Dillon is a monster of a running back and we saw how effective that has been in recent seasons. Remember, Packers head coach Matt Lafleur was the Titans OC in 2018 which was the first year Derrick Henry exploded. Dillon is very Henry-esk.

Rounds 12 and 13 I took some big-play upside wide receivers in Breshard Perriman and John Brown . Seeing Brown go in round13 I feel like is a good value. I understand that Stefon Diggs is now the top receiver but that should only leave more downfield plays for Brown in my opinion as defenses focus on Diggs. Perriman replaces Robby Anderson and will be the top outside receiver for the Jets. If Darnold can avoid getting mono again this year then this connection could produce some real fantasy points.

When you draft Travis Kecle you don’t really need an investment in a TE2. I took Eric Ebron here who likely only scores for my team when Kelce is on a bye. I do like Ebron in Pittsburgh as Ben Roethlisberger does like to throw to his tight ends and Ebron is much more of a pass catcher than McDonald who is the better blocker of the two.

Like Ebron with Kecle, I took Dwayne Haskins because Mahomes is going to be my starter all season. I do think Haksins is a bit interesting this season given the new coach and system but if he is my top scoring QB for more than a week or two then this team is likely trash given my investment in Mahomes.

Alshon Jeffery in round 17 is a bit risky given the Best Ball format as he could be a zero all season but when he finally takes the field following recovery from his foot injury he will be the top WR on the roster and should get those targets.

Unfortunately after the Jeffery pick I did lose internet connection and by the time I could get anything back going I had auto-picked both O.J. Howard and Justise Hill…...I would not have taken either of those players at all whatsoever. Howard could have some value if Rob Gronkowski was to be injured but outside of that its a bunch of bleh. The auto-picks also forced me into roster just one defense which means when the Eagles have a bye I will be eating a zero at the position. 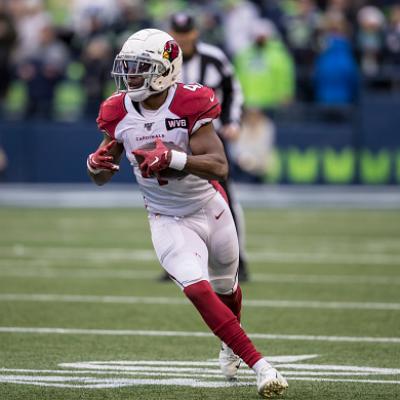 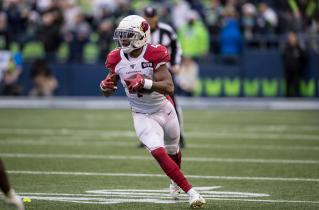