Jon Impemba breaks down the injury situations across the NFL, including player profiles, reasons for optimism, and reasons for pessimism. 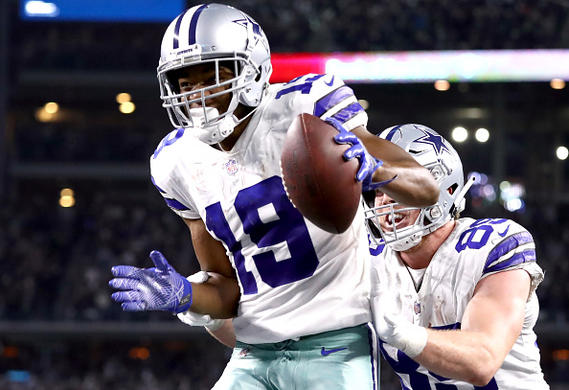 Here we are in Week 7 of the NFL season and like each week before it there are plenty of fantasy injuries to discuss so let’s just cut to the chase and focus on those key players you may have lost or are looking for an update on as we head into the waiver period.

Saquon Barkley , RB NYG – At last check there was a chance that Barkley could return in Week 7 as the Giants face the Cardinals. As of now that status still remains up in the air but he is pretty much now on the original timeline that was stated after he first hurt his ankle. Fantasy owners should stay diligent and possibly take a look at Javorius Allen who the Giants just signed this past week.

Alvin Kamara , RB NO – Kamara was questionable to play during Week 6 but was able to suit up and seemed OK. He is again dealing with an injury that will have him limited for the majority of the week at practice and at last report he said he was hopeful to be ready to play this upcoming week as the Saints face off against the Bears on Sunday. 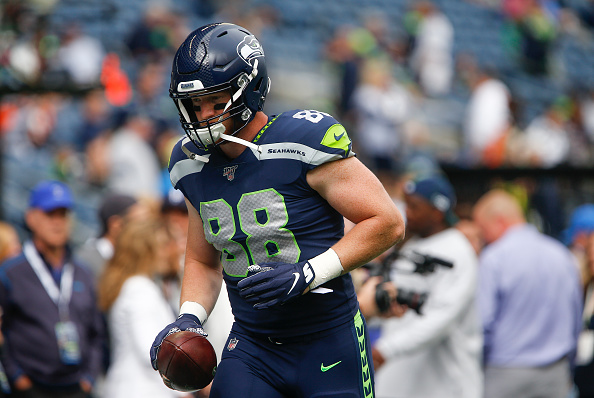 Will Dissly , TE SEA – It certainly did not look good for Dissly during the Seahawks win on Sunday over the Browns as they lost their starting tight end with what is being reported as a season ending achilles injury. The Seahawks just last week signed Luke Wilson to be their back up tight end but now he will be thrusted into the starting spot unless the Seahawks make a move.

Amari Cooper , WR DAL – Cooper suffered what is being described as a “quad contusion” against the Jets that forced him to miss nearly all of Sunday’s contest. Right now his status for Week 7 is up in the air and things are not looking good for Cooper to suit up. If Cooper sits then we look at Michael Gallup moving into the starting role with Randall Cobb again seeing a boost in production.

Emmanuel Sanders , WR DEN – Sanders suffered a leg injury during Sunday’s game that forced him from most of the team’s contest. Sander’s doesn’t seem to think the injury is too severe and is hopeful to play in Week 7 however in Week 7 the Broncos are playing the Thursday night game against the Chiefs and short weeks are usually no friend to the banged up. If he sits we need to take a hard look at DaeSean Hamilton .

Josh Gordon , WR NE – Gordon has been a bit banged up for a few weeks now but on Monday he was not spotted at practice which is what raised some red flags. The Patriots do not play until Monday night so there is still plenty of time for Gordon to get some work in. Another thing to note is that Phillip Dorsett did return to Patriots practice today so it’s possible Gordon gets a week off with Dorsett seemingly back healthy.

Baker Mayfield , QB CLE – If you were watching Sunday’s game between the Seahawks and Browns then you would have seen the Mayfield was in serious pain at various times throughout the game and even at one point was forced back into the locker room, though he did not miss any snaps. It’s looking like a hip injury but Mayfield was able to play through the issue and should seemingly be OK, especially with the Browns on a bye in Week 7.

Geronimo Allison , WR GB – The Packers are already thin at wide receiver so it was a tough loss to see Allison suffer from a tough but also incidental, hit to the helmet on Monday night that had him down and out for a bit before eventually being forced back into the locker room with a concussion. With Davante Adams still dealing with his foot injury the last thing Green Bay needs is to be down yet another established receiver in Allison but as of now he is still in the leagues concussion protocol and that is going to keep him off the field.

Ito Smith , RB ATL – Smith suffered a hamstring injury during Week 6 and this is news as the Falcons head into their Week 7 match up against the Rams. The Smith news isn’t so much as an update on his fantasy value as it is that of Devonta Freeman who figures to see a much larger share if Smith is unable to go.

Christian Kirk , WR ARI – Kirk has now missed two straight weeks due to an ankle injury and his current status for Week 7 is considered questionable. If Kirk can get on the field for the Cardinals he will do so with an amazing fantasy match up as the Cardinals face the woeful New York Giants defense.

J. Williams - DB
NE
ESPN's Mike Reiss reports Patriots DB Joejuan Williams will be asked to become a "jack-of-all-trades" this season.
New England's second-round pick last year, Williams totaled 80 defensive snaps (including 62 out wide) behind Stephon Gilmore, Jason McCourty, Jonathan Jones, and J.C. Jackson. With all returning in 2020, the Patriots are obviously looking for Williams to fill some safety-type responsibilities alongside Devin McCourty, Patrick Chung, 2020 second-round pick Kyle Dugger and free-agent acquisition Adrian Phillips. Williams previously played safety in New England's 2019 preseason finale and has the size (6'3/212) to cover tight ends in the slot. Expect the 22-year-old to play both roles (among others) this year.
Added May 24 12:32 pm (EST)
Added May 24 12:32 pm (EST)