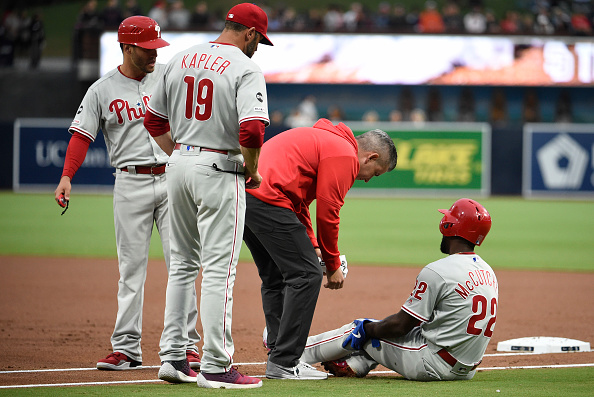 Tough blow for the Phillies outfielder who was on pace for quite the season, projected for 122 runs, 27 home runs, 78 RBI and five stolen bases but all that has come to an end after he suffered a torn ACL while caught in a rundown during Monday’s game. The Phillies already have a replacement for McCutchen on the roster as they had the foresight to trade for Jay Bruce over this past weekend.  Bruce figures to get regular at bats in the Phillies lineup given the opening following McCutchen’s injury. As of writing this, Bruce is 3-for-3 with a double, two home runs, one of which is grand slam, and six RBI in his second game as a member of the Phillies. 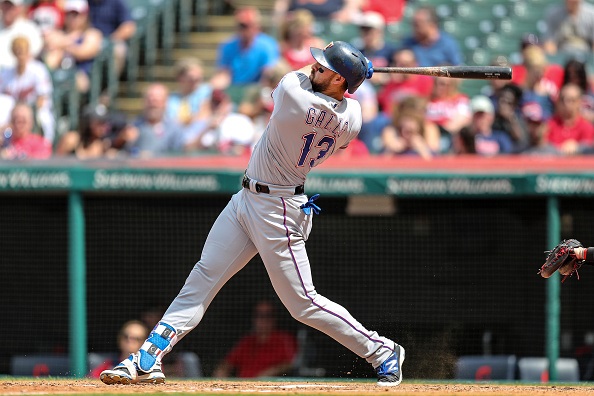 The dreaded oblique strain has landed Gallo on the IL for the Rangers. Oblique strains are tough injuries as it only takes a big swing for it to flair back up even after your stint on the IL. As of now Rangers manager Chris Woodward Is expected Gallo to miss about two weeks with the injury but the have no plans to rush him back and they have stated they will likely use him purely as a DH when he first returns to manage the strain playing the field could cause. Replacing Gallo on the roster is outfielder Delino DeShields who was recalled from Triple-A Nashville.

Dozier was placed on the IL Monday with a chest injury that is backdated to May 31st making a June 10th return to the Royals the earliest he can come back.  Dozier is apparently dealing with chest tightness per reports that the team feels is a minor issue and they had hoped to avoid an IL stint all together. The injury has stalled a breakout season from Dozier who is hitting .314 with 11 home runs, 33 RBI and an OPS of .987.

Rays outfielder Tommy Pham has missed four straight games due to a leg issue that he suffered during last Thursday’s contest. The injury doesn’t appear to be too serious as Rays manager Kevin Cash stated that if needed Pham could have started Tuesday’s game, but the team is proceeding with caution here. It would seem likely that Pham returns to the Rays lineup no later than the start of their weekend series against the Red Sox.

Red Sox starter Nathan Eovaldi is eligible to return to the Red Sox rotation as early as June 15th and he appears to be on target for that return date after throwing a 73-pitch simulated game on Tuesday.  The Red Sox rotation has slowly started to right the ship and getting a healthy Nathan Eovaldi could be huge in their efforts to get back in the race for the American League East division. Eovaldi struggled in four starts before having elbow surgery, posting a 6.00 ERA and a 1.52 WHIP.

Jhoulys Chacín / Gio González , SP MIL – Both starters landed on the IL For the Brewers over the weekend. Chacin is on the IL with a back strain while Gonzalez landed on the IL due to what the team is calling “dead arm”.  The injury to Gonzalez will slow a solid start to his season in which he is 2-1 with a 3.19 ERA over six starts. Chacin has had much less success, going 3-7 with a 5.74 ERA over 12 starts this year. 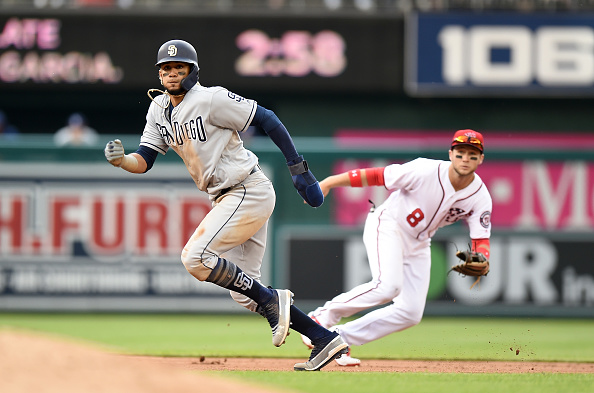 Molina wound up on the IL after being considered day-to-day in Friday’s edition of the Injury Report. In his place Matt Wieters has stepped in and raked for the Cardinals. Molina is dealing with a tendon strain and is expected to miss 2-to-3 weeks according to the St. Louis Post-Dispatch.

Giants catcher Buster Posey has missed three straight games due to a hamstring injury that team is still calling day-to-day however you have to wonder if this continues whether or not he finally ends up on the IL with a retroactive date. Posey has slowly started coming alive at the plate but is still hitting a disappointing .257 with three home runs and an OPS of .729 on the year. Stephen Voigt has seen extended playing time in his place.

The Padres have sent FTJ on a rehab assignment as he works his way back from a strained hamstring that put him on the shelf all the way back on April 28th.  The Padres are hopeful that Tatis will only need a few rehab at bats and will be ready to re-join the team in time for their upcoming weekend series with the Washington Nationals. Prior to his injury Tatis Jr. was lighting it up, hitting .300 with six home runs, 14 RBI, six stolen bases and an OPS of .910.