Jon Impemba breaks down Game 4 of the NBA Finals between the Cavaliers and Warriors to give you his take on what to watch for during today's contest on WinView Games. 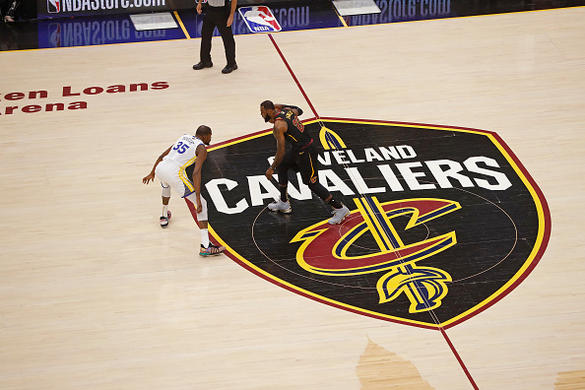 The Warriors will be looking to win their second straight NBA championship tonight as they hold a 3-0 series lead over the Cavaliers.  Cleveland is at home tonight which is the reasoning the spread for tonight’s game is just 4.5 points in a series where Golden State’s average margin of victory is 12 points.

Kevin Durant - There’s no question that Durant is the most important player on the floor for the Warriors as he averages 31.7 points, 10.3 rebounds, 6.7 assists and 1.7 blocks against the Cavaliers this series.  Durant is shooting 55.9-percent from the floor, 47.4-percent from three-point range and an impressive 95.2-percent from the free-throw line.  Only LeBron has the ability to possibly stop Durant defensively but all of LeBron’s energy is focused on offense meaning Durant should have little trouble leading the Warriors in Game 4.

Stephen Curry - Curry is averaging 24.3 points with 6.0 rebounds and 7.7 assists in this series against the Cavaliers while shooting just 38.5-percent from the floor but a solid 39.5-percent from three-point range.  Curry is averaging 5.0 three-pointers per contest this series.  Curry really struggled in Game 3, shooting just 3-for-16 from the field for 11 points but the Warriors still won by eight.

Klay Thompson - Thompson is having a strong series against Cleveland, averaging 18.0 points while shooting 50-percent from the floor and 43.5-percent from three-point range.  Like Curry, Thompson struggled in Game 3, scoring just 10 points on 4-of-11 shooting as is usually the case for teams on the road but ultimately the Warriors just have too many weapons for the Cavaliers to win a game.

Draymond Green - Green has been stuffing the stat sheet per usual this series, averaging 9.3 points, 7.0 rebounds, 8.3 assists, 1.0 blocks and 2.3 steals while shooting 52.4-percent from the field.  Like the rest of the Warriors team not named Kevin Durant , Green had a down performance in Game 3 as he scored just 10 points with nine assists and two rebounds.  I expect him to return to triple-double form to close out Game 4 for the Warriors.

Kevin Love - Love is certainly rising to expectations during this series, averaging 21.0 points, 12.0 rebounds and 2.3 three-pointers per game.  He is shooting just 43.1-percent from the field and 30.4-percent from the floor which aren’t great numbers, but it meets the standards we have for Love.  Another 20/10 performance should be on the books for tonight, but he and LeBron will need the rest of the lineup to step up if they hope to steal Game 4.

Rodney Hood - Hood played 26 minutes in Game 3 and is the reason the Cavaliers were in striking distance late in the game as he scored 15 points on 7-of-11 shooting.  Hood is a decent perimeter defender because of his size and length.  He is more than likely going to play at least 25 minutes tonight but should see more minutes if his shot continues to fall.  Hood is also a decent outside shooter after shooting 38.1-percent from three-point range during the series, but he has really struggled from beyond-the-arc this postseason, shooting just 14.3-percent.  If he can be a reliable third option for Cleveland tonight they could avoid the sweep.

J.R. Smith- How much can we really expect from J.R.?  He can get hot from beyond-the-arc and when he wants to he can play decent defense but as we saw in Game 1 the focus is not always there even when it matters the most.  Smith did score a personal series high 13 points in Game 3 but on a whole is averaging just 9.3 points while shooting 30.3-percent from the floor against the Warriors.

Q1. The last made shot of the 1st Quarter is a two-pointer.

I am going to go with NO for this answer.  The Warriors especially tend to settle for three-point shots, but the Cavaliers are no strangers to shooting the three as well.  You also get a 4x multiplier for voting NO and that could be the difference between winning and losing the contest as the final prop to tally.

I am going with LeBron here.  He is going to take most of the shots for Cleveland and seeing as this is an elimination game in Cleveland I have to expect LeBron gets off to a fast start.

Q3. Both teams combine for 60 points or more in the 1st quarter.

Only one game has hit the 60-point mark through the first three games but I am going to go with YES for this prop as each game has come awfully close, within a few points.  I expect this game to be the highest scoring total of the series.

I am going with YES for this prop.  Seeing how efficient LeBron James has been for Cleveland and Kevin Durant for Golden State have been this series I expect one of them to hit the first shot of the game.

I am again going with YES for this question.  I can see Golden State easily hitting a three within the first two minutes of the game but it would not shock me to see an answer by Cleveland either on their home floor.

Q6. Which team wins the opening tip off?

I am going with Golden State here, Kevin Love is not going to win the jump against anybody on Golden Sate.

D. Fox - PG
SAC
The Kings practice facility has reportedly been shut down due to COVID-19.
Sam Amick is reporting that there was a positive test within the team's traveling party on Sunday and the Kings are set to head to Orlando on Wednesday. The Kings are the seventh of 22 teams heading to Orlando who have taken similar measures recently, joining the Bucks, Heat, Clippers, Nuggets, Suns and Nets. Orlando is going to be a very interesting experiment, but it's not off to a very good start so far.
Added 12:47 am (EST)
Added 12:47 am (EST)

G. Antetokounmpo - PF
MIL
The Bucks have closed down their practice facility in Milwaukee after a new round of testing on Friday.
The facility will remain closed until the team goes to Orlando on Thursday and it will be interesting to see what players might be impacted by a positive test for COVID-19. The Bucks are one of the favorites to win an NBA title in Orlando and the odds-on favorite to win the East.
Added Yesterday 6:48 pm (EST)
Added Yesterday 6:48 pm (EST)

M. Conley - PG
UTA
Mike Conley is likely to leave the NBA bubble for his child's birth, with a due date of Aug. 27, according to Jazz coach Quin Snyder.
Conley was equivocal when asked about exiting the bubble this week, saying, "I’m gonna be in a bubble, but yet if I leave to go see my baby born, I’m gonna be quarantined on the way back in, and possibly have to miss a game or whatever the situation is." Snyder was more direct, saying, "I think he needs to be there [for his child's birth], and he knows that, and he agrees." Players who exit the bubble with approval from the league are only subject to a four-day quarantine, so if Conley does leave he ideally won't miss many games.
Added Yesterday 6:27 pm (EST)
Added Yesterday 6:27 pm (EST)

S. Milton - SG
PHI
When asked who will run the offense when Ben Simmons is off the court, coach Brett Brown said Shake Milton had “put his hand up in a pretty definitive way."
Josh Richardson underwhelmed as a secondary playmaker before the season was paused and Raul Neto didn't make much noise either, so it makes sense to go back to Milton. "He’s incredibly different as a secondary ball carrier, somebody that’s that long and can play pick and roll game, make an open shot, sit down in a stance and guard,” Brown added. Milton averaged 17.8 points and 4.1 assists in his last nine games for the shorthanded 76ers and shot a blistering 57% from the field, so we like his chances of being the 5th starter with Al Horford coming off the bench.
Added Yesterday 10:48 am (EST)
Added Yesterday 10:48 am (EST)

M. Turner - C
IND
Myles Turner said he has been able to get access to a gym and continue basketball-related activities for 4-5 weeks.
Prior to that, he built a makeshift gym in the family garage, and was running at a high school rack. Prior to the NBA shutting down, Turner was on a roll over his last eight with averages of 12.6 points, 8.6 boards, 0.8 steals, 1.4 treys and a whopping 3.9 blocks per game. With Vic Oladipo opting out there could be more shots going to Turner in Orlando.
Added Jul 04 3:04 pm (EST)
Added Jul 04 3:04 pm (EST)

L. Shamet - SG
LAC
Landry Shamet has tested positive for coronavirus and is unlikely to travel with the Clippers to Orlando this week.
This doesn't mean Shamet won't eventually join the Clippers in the bubble. Before he does, though, he'll need to self-isolate and pass two negative tests, then test negative again upon arriving in Orlando. Teams won't play exhibitions until July 22 and the Clippers' first real game will be played July 30, so Shamet may not miss any games. Still, the more practices and workouts he misses, the more he'll need to catch up once he's healthy and cleared to play.
Added Jul 04 1:00 pm (EST)
Added Jul 04 1:00 pm (EST)

O. Anunoby - SF
TOR
OG Anunoby spent the NBA hiatus working on his shooting, ball-handling and passing.
Anything that boosts Anunoby's offensive versatility would be welcome, and he also spent plenty of time in the weight room, which is a common theme among players during the shutdown. Anunoby's 2019 postseason was marred by an appendectomy just prior to the first round, which he said he will "use as motivation" as the Raptors try to defend their championship against long odds.
Added Jul 04 12:57 pm (EST)
Added Jul 04 12:57 pm (EST) 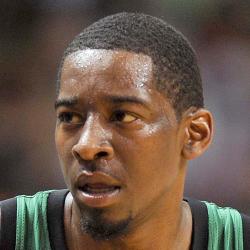 J. Crawford - SG
NOP
Free agent G Jordan Crawford has signed with the Russian team Lokomotiv Kuban.
Crawford is becoming quite the international baller. Since the beginning of 2019 he's played in Israel, China, Germany, and now Russia. He worked out for the Pistons as recently as Sept. 2019, but it's doubtful we'll see him in an NBA jersey again.
Added Jul 04 9:51 am (EST)
Added Jul 04 9:51 am (EST)