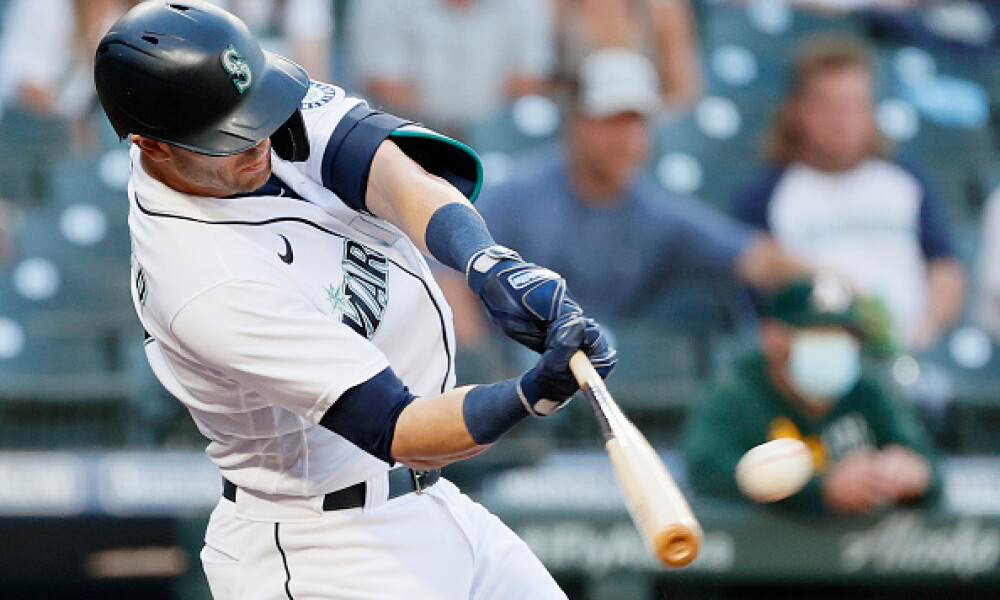 TGIF am I right? We have a nice 14 games on tap but before we preview today’s slate let us go back to Thursday and highlight the day’s top performers and stories to follow!

Thursday wasn’t quite the power display as Wednesday when there were seven players who hit two-home runs, but we still had 27 home runs hit by 26 different players. Seattle Mariners outfielder Mitch Haniger had the double-dong honors Thursday as he launched numbers 15 and 16 of the season against the Tigers.

Starling Marte went 4-for-5 with two runs, one home run and one RBI against the Rockies. Marte is hitting .375 during the month of June with an OPS of 1.084. The Marlins outfielder played just six games during the month of May due to injury, but he is back and ripping through opposition pitching at the moment. Overall, Marte is hitting .360 with five home runs, six stolen bases and an OPS of 1.054 on the season.

Both Nelson Cruz and Christian Arroyo had a slate high four RBI each as both launched home runs. Cruz was 2-for-2 with him homer being a two-run walk-off shot off Aroldis Chapman. Arroyo hit his second of the season for Boston. The infielder has been a nice surprise for Boston this season as he is hitting .284 with an OPS of .789.

Mitch Hanigers two homeruns on Thursday continue the great comeback story that has been this 2021 season for him. After missing the entire 2020 season due to injury and playing just 63 total games in 2019 for similar reasons. The 2021 season however is showing that the man still has the talent to be an impact bat at age 30. He currently ranks seventh in runs scored (43), sixth in home runs (16) and 15th in RBI (40) in the majors despite the fact that he plays for a Mariners team that ranks among the worst hitting teams in baseball.

Wheels Up in Philadelphia

Zack Wheeler showed up to his start on Thursday and dominated from the moment he took the mound. Atlanta never threatened much as the Phillies starter tossed eight shutout innings, allowing just two hits while striking out 12 and walking none. The 12 strikeouts marked the fourth time in five starts that Wheeler had at least 10 strikeouts. During these five starts he has allowed just six total runs while striking out 56 over 36.2 innings.

Wheeler has faced Atlanta three times now this season and what he did to them on Thursday was not the first time this season that he was dominant as he tossed seven innings of one-hit baseball in his first start of the season. During that outing Wheeler struck out 10 while also walking none.

His next outing will be on the road against the Dodgers which will be another tough test as the Dodgers ranked second in wOBA, third in OPS and seventh in batting average against right-handed pitching this season.

Ok, so maybe this start from Luis Castillo wasn’t as dreadful as some have been this season. As he allowed three runs on one hit while striking out seven over 5.2 innings. He is even coming off a strong outing which saw him hold the Cardinals to one run on three hits over six innings. I know fantasy owners want to believe the turnaround in coming but I just need to see more.

The peripheral numbers still do not look great as his 8.18 K/9 is a career low while his 3.70 BB/9 is near his career high. His 6.47 ERA is certainly a tough number to look at but his FIP, xFIP and SIERA aren’t spectacular either as all sit in the 4.20 to 4.50 range. Another worrisome stat for me is the fact that his hard contact rate allowed is just 20.8% which is a career best mark. If there is any regression, there towards those career numbers then hitters are going to start making even better contact off him. Not quite sure that can be good for his fantasy prospects.

Up next for Castillo is this same matchup as he faces the Brewers in Milwaukee this time around. In two starts this season against the Brewers he has allowed eight runs on six hits while walking seven and striking out 12 over 10.2 innings.

There are a total of 14 games on today’s slate with rain potentially impacting a few, most notably the Giants and Nationals are again dealing with potential thunderstorms as they did yesterday. Other games with possible rain issues include the Padres vs Mets and Rockies vs Reds. I’m hopeful that the Rockies and Reds are able to play as it presents one of my favorite matchups of the day in DFS.

We also have an interesting pitching matchup between the Padres and Mets as Blake Snell takes the mound for the Padres coming off a dominant performance against these very Mets which saw him allow just one hit over seven innings while striking out 10. Pitching for the Mets is Jacob deGrom who, against the Padres, in his last start also tossed seven shutout innings as he allowed three hits and struck out 11. We expect these types of performances from deGrom but whether or not Blake Snell has finally turned a corner will be the story today given his struggles this season.

Taking an early look at some betting favorites:

The Reds are -215 favorites at home today against the Rockies and southpaw Kyle Freeland. As I mentioned above there is some rain in the forecast so that can be concerning but this is definitely a matchup I am looking to get exposure. Reds outfielder Nick Castellanos is the player to want in this matchup as he is hitting .409 with an OPS of 1.162 against LHP this season and he is a notorious lefty masher.

The Brewers are -280 today against the Pirates. Milwaukee is sending their “ACE” to the mound today in Brandon Woodruff who is 4-2 with a 1.42 ERA while having struck out 92 over 76 innings so far this season. As a team, the Pirates rank 30th in wOBA, 30th in OPS and 18th in average against RHP this season.

The Dodgers are -325 favorites at home today against the Rangers. Clayton Kershaw is on the mound for LA today and on the year he is 7-5 with a 3.66 ERA and a 1.01 WHIP while having struck out 86 over 76.1 innings. The Rangers lose their DH by playing in an NL park this weekend which isn’t great in this matchup given the fact that they already struggle against left-handed pitching. Vegas clearly thinks little of Texas starter Mike Foltynewicz which makes sense given his 4.75 ERA and 1-6 record on the season.