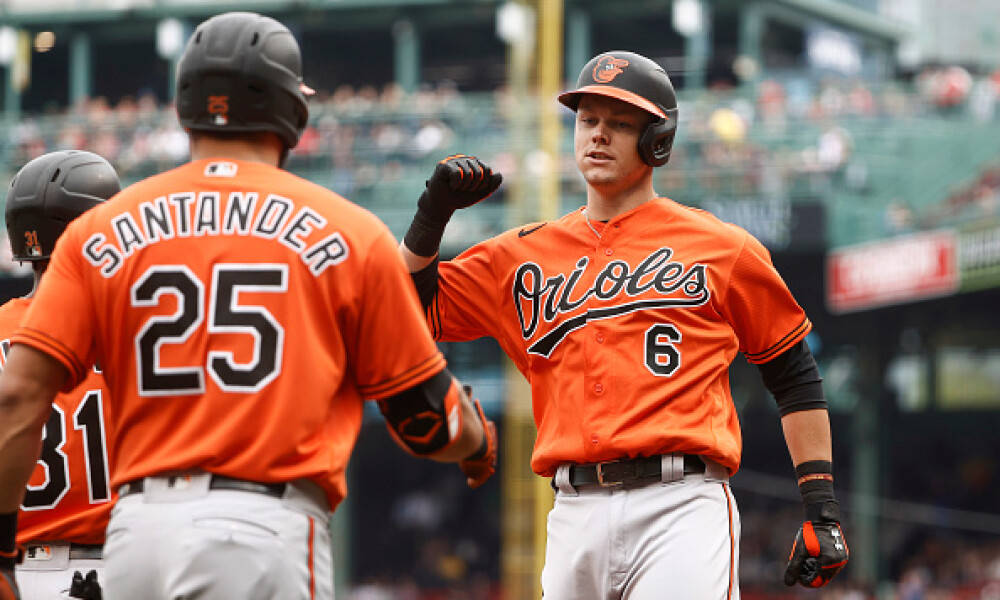 Quite the offensive performance yesterday from the Baltimore Orioles Cedric Mullins and Ryan Mountcastle as the two combined to hit five home runs on the day. For Mullins, this was his second straight two home run effort as he launched two bombs the day before. On the season he now has 13 home runs to go along with 12 stolen bases and a .323 batting average. He has a been a star fantasy play this season that went undrafted in nearly every league format. For Mountcastle, he entered the season with a lot of hype but got off to a slow start. That slow start is quickly coming to an end as he is now hitting .383 during the month of June with seven home runs following his three home run performance. On the season his average is up to .266 to go along with his 12 home runs and an OPS of .769. Hopefully you didn’t give up too early on the youngster.

Mullins and Mountcastle weren’t the only players to hit multiple home runs on Saturday, in fact there were six other players that had multi home run efforts. Marcus Semien had two bombs in that same game, upping his total to 18 on the season. Francisco Lindor continues to bust out of his slump as he hit two homers and is now hitting .277 with a .900 OPS for the month of June. Rhys Hoskins hit two and had the daily high of six RBI against the Giants. Adam Duval hit two home runs for the second straight day. The Marlins outfielder now has 16 on the season and has hit seven so far through the month of June. Kyle Schwarber had two home runs, hitting both in Game 2 of their double-header against the Mets. Lastly, Harold Ramirez homered twice for the Indians.

That is the current hitting streak for Rockies outfield Raimel Tapia. During this sixteen-game hitting streak he is batting .438 with an OPS of 1.083. He has hit 14 doubles during this stretch but has not homered which feels a bit surprising for someone that calls Coors Field his home even if he isn’t much of a power hitter.

Caught in the Wave

Check out the video below as Reds first basemen Joey Votto steals third base because Manny Machado was too busy doing the wave with the crowd in San Diego.

Another Injury for Tatis Jr.

This season has been a roller coaster for fantasy players when it comes to Fernando Tatis Jr. When healthy, he has been among the most productive players in fantasy baseball this season, hitting 22 home runs with 13 stolen bases and a .285 average. The issue however has been the injuries and that issue popped up once again on Saturday as he hurt his shoulder while diving for a baseball. This is the second shoulder injury Tatis has had this season and while reports are coming out that he was removed for “precautionary reasons” those who have Tatis on their roster should likely expect him to be out for at least a game or two.

We have a loaded Father’s Day slate today with some solid matchups to target. On a whole, weather is not a major concern today with the only game in possible trouble is between the Marlins and Cubs in Chicago as rain is expected at some point during the middle innings. Other than that we have our favorite punching bag Matt Harvey on the mound today for the Orioles up against the power hitting Blue Jays that just wreck right handed pitching this season. The Houston Astros are drawing old friend Dallas Keuchel today. Houston is the top hitting team against left-handed pitching and while Keuchel has pitched well of late, this matchup will be a tough one for him to battle through. The battle in Coors will be a popular stack attack today as well with Chi Chi Gonzalez and his 5.76 ERA goes up against Eric Lauer and his 5.18 ERA. We should be expecting a lot of runs here.

The Toronto Blue Jays are -180 favorites today against the Baltimore Orioles. Even giving 1.5 runs Toronto is -120 so Vegas isn’t giving you a ton here, but it is for good reason as the Blue Jays offense is the among the best in all of baseball and, well, it is surprising to me that Matt Harvey is still pitching at this point. The O’s recent offensive surge really isn’t enough to keep me off that 1.5 run line to be honest as I think Toronto puts up close to double-digits today.

Los Angeles Dodgers are -190 favorites today as they send Tony Gonsolin to the mound against the Arizona Diamondbacks. Gonsolin has not been good in his two outings since returning but the Diamondbacks have been among the worst teams in baseball and were just dominated by Walker Buehler last night. Seems unlikely an upset victory is pulled off here today with Alex Young going to the mound for Arizona.

Houston Astros are -140 favorites today against the Chicago White Sox. Lance McCullers takes the mound for the Astros while Dallas Keuchel is pitching for the White Sox. On the season the Astros are first in batting average, third in wOBA and second in OPS against left-handed pitching.