Jon Impemba gives his take on the rookie QB's that could make an impact on the 2017 Fantasy Football season. 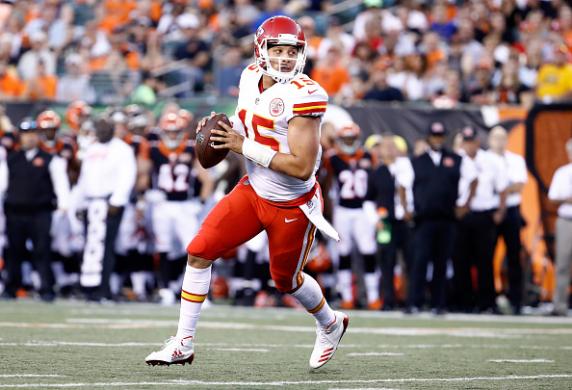 We are now a handful of games into the NFL preseason which has finally given us fantasy owners a glimpse of the 2017 rookie class at the QB position.  We already discussed how last season’s rookie class performed in the article 2017 Fantasy Football Quarterbacks: Second-Year QB’s so let’s preview the top QB’s of the incoming rookie class and what we can expect from them this upcoming season.

The Bears went and signed Mike Glennon to a contract worth $45 million and then used the No.2 overall pick on Trubisky to be their franchise QB in waiting.  In limited preseason playing time Trubisky has completed 24-of-33 passes for 226 yards and two touchdowns.  The Bears boast a strong offensive line and could have some solid receivers if 2015 1st round pick Kevin White can stay healthy after being limited to just four career games and Cameron Meredith can improve upon his breakout 2016 season which saw him catch 66 passes for 888 yards and four touchdowns.  In Trubisky’s way of the starting gig is veteran Mike Glennon who has all of 21 games played since being drafted back in 2013 and a career completion percentage of just 59.4.  This preseason Glennon has completed just 57.7-percent of his passes for 109 yards with one touchdown and two interceptions. There is certainly a chance for Trubisky to be under center come mid-season if Glennon turns out not to be the guy and if his preseason numbers end up being a sign of things to come that scenario certainly seems likely. 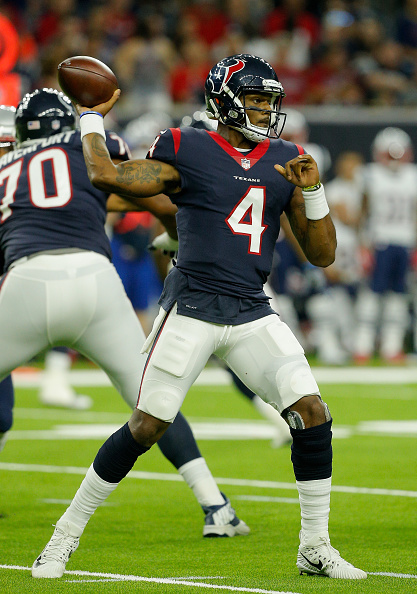 The Texans bit the bullet and traded away Brock Osweiler after his horribly disappointing 2016 season.  In turn they drafted Deshaun Watson with the No.12 pick in the draft.  Watson has the best chances to start the season as the team’s quarterback but it is fully expected that Tom Savage will be under center come Week 1 especially with his strong preseason which sees him completing 85-percent of his passes for 167 yards and a touchdown. Should Watson find himself starting this season he will have the benefit of throwing to Clemson alum DeAndre Hopkins who is looking to rebound from a down 2016 though his struggles were largely due to the play at quarterback rather his own poor play.  This preseason Watson has struggled, completing just 51-percent of his passes for 281 yards but he has showed off his mobility by rushing for two touchdowns.

Many were surprised to see the Chiefs trade up in the first round to draft Patrick Mahomes after Alex Smith has lead the Chiefs to the playoffs but with Smith getting older and nothing more than an efficient game manager the interest in Mahomes is certainly understandable.  Mahomes has been a standout in training camp and has already been anointed the team’s No.2 QB behind Alex Smith.  During preseason action Mahomes has proven that his practice play is no fluke having completed 73.9-percent of his passes for 137 yards and three touchdowns.  With a playmaker at receiver in Tyreek Hill and one of the league’s elite tight ends in Travis Kelce the Chiefs may look for a player that can be equally explosive under center and that is something Mahomes offers that Alex Smith just simply does not especially given that Smith has only thrown for 20 or more touchdowns twice in his career and no more than 3,502 yards passing in any season as a starter.

The Browns made a surprising move this offseason when they went and traded for Brock Osweiler following his incredibly disappointing 2016 season with the Texans.  They then went and used their second round pick on Notre Dame QB DeShone Kizer.  The Browns used their third round pick in 2016 on Cody Kessler who played in the majority of their games under center last season.  Heading into training camp many figured Kessler and Osweiler to be competing for the starting gig but after two preseason games the team is now trying to decided between Osweiler and Kizer with many feeling that Kizer should be the man under center come Week 1.  This preseason Kizer has completed 61.3-percent of his passes for 129 yards and one touchdown.  His competition in Osweiler has completed just 54.4-percent for 67 yards and one interception. The Browns added Kenny Britt this offseason who caught 68 passes for 1,002 yards and five touchdowns with the Rams last season and drafted tight end David Njoku in the first round to help their passing attack while Corey Coleman will look to build off his 2016 rookie campaign where he caught 33 passes for 413 yards and three scores over 10 games.  Regardless of who is under center for the Browns there will be limited fantasy value on the outset with there only being value in two-QB formats or deep standard leagues.