Jon Impemba examines the future for Marcus Mariota and gives insight on whether you should draft him in 2017 or not. 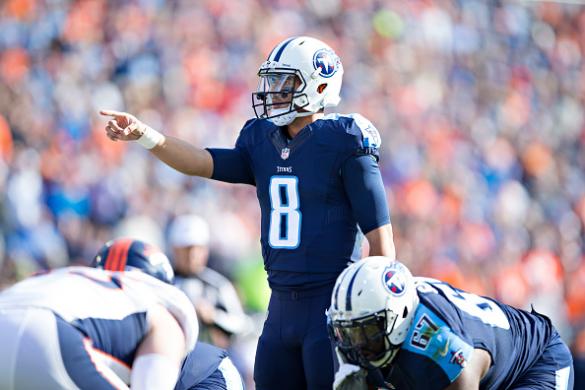 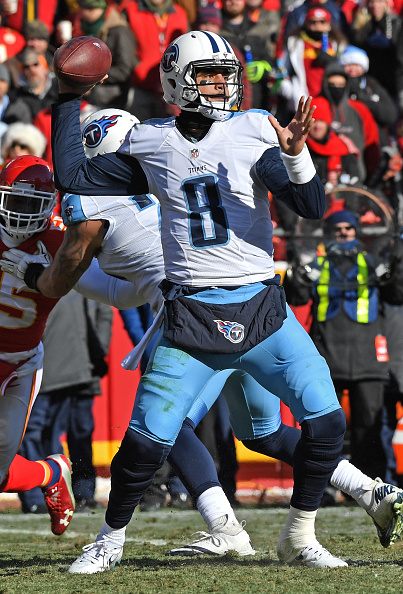 Coming into the NFL there were some who wondered if all the success Marcus Mariota had at the collegiate level would translate over to the pros but the Titans still took him with the No.2 overall pick and intent of making Mariota their franchise QB.  It’s safe to say that from a production standpoint through the first two seasons of Mariota’s career that he is more than capable of producing at the NFL level as he has owns a QB rating of 93.8 and has completed 61.6-percent of his passes for 6,244 yards with 45 touchdowns and 19 interception.  Mariota has also rushed for 601 yards and four touchdowns over his first 27 career games.  In most standard league formats Mariota finished just outside the Top 10 in scoring for fantasy QB’s last season but there are reasons to think that a breakout season could be coming for the 3rd-year QB.

In 2016 Mariota threw for 3,426 yards with 26 touchdowns and nine interceptions while adding a 349 yards and two touchdowns on the ground.  This production comes with the Titans boasting one of the league's top rushing attacks thanks to DeMarco Murray who ran for 1,287 yards and nine touchdowns and rookie Derrick Henry who added 490 yards and five scores himself.  The Titans rushing attack last season seemingly put a cap on that upside that Mariota could have seeing as the team passed the ball on just 53-percent of their offensive plays which ranked them 30th in the NFL only in front of the Buffalo Bills and Dallas Cowboys. However as I teased in the opening paragraph there are reasons to believe that Mariota could take a step forward in 2017.  First, the Titans have used resources to bolster the team’s receiving depth as they used the No.5 overall pick on receiver Corey Davis.  At the collegiate level Davis averaged 83 catches for 1,321 yards and 13 touchdowns over his four-year career.  While those stats do not always translate to the NFL level there is little question that Davis has the athletic skill-set to be a top NFL target.  The Titans also used their 3rd-round pick on receiver Taywan Taylor who averaged 92 catches for 1,598 yards and 17 touchdowns over the last two seasons for Western Kentucky.  The two rookies will join free-agent acquisition Eric Decker who was limited to just three games last season due to surgery on his shoulder and hip.  Decker managed to have two very successful seasons with the New York Jets despite their miserable QB play which includes 2015 where he caught 80 passes for 1,027 yards and 12 touchdowns.  Those three receivers will join last year’s leading receiver Rishard Matthews who caught 65 passes for 945 yards and nine touchdowns as well as pro-bowl tight end Delanie Walker who had 65 catches for 800 yards and seven scores last season.  More reason for optimism regarding Mariota for this upcoming is the coming from the coaches themselves as they are hinting on being more aggressive with their passing attack with such quotes as offensive coordinator Terry Robiskie saying he was “excited about his new toys” after the team drafted two receivers and a tight end during the NFL draft.  Robiskie was also quoted as saying “I believe we need consistency and more dominance from a mental standpoint in the passing game.”  Those have to be taken as encouraging for Mariota’s fantasy prospects in my opinion.

Mariota currently being taken with pick 121 in standard league formats which is good for for the 10th round.  He is also ranked as the 14th best QB heading into the season behind QB’s like Kirk Cousins, Jameis Winston and Matthew Stafford who rank as QB’s 11-13 in ADP respectively.  I am definitely bullish on Mariota this season and will be looking to grab him as I take the waiting on a QB strategy as I feel with a healthy season and his skillset, along with the Titans emphasis on an improved passing attack could lead to a Top 10, potentially Top 5 given his running ability, fantasy season from him this season.