Jonathan Impemba takes you through this week's stock risers and fallers and who to look to buy and sell on the trade market. 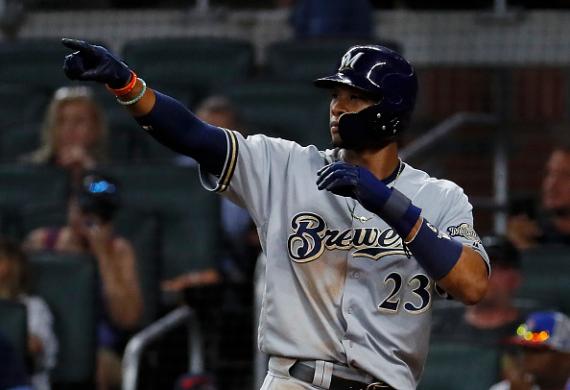 Things couldn’t have gone more wrong for Puig in 2016 as the turbulent outfielder was demoted to the minors after numerous reports that he was a malcontent in the clubhouse and constantly battling with the manager.  Puig was just a few years removed from being a borderline first round pick yet he entered the 2017 with no certainty of a starting job and thus his ADP in standard leagues saw him going around pick 212.  73 games into the season and Puig is actually performing above expectations, sure his .251 batting average is meh, but he has scored 36 runs with 14 home runs, 41 RBI and nine stolen bases.  The nine stolen bases is just two shy of his career high mark and the 14 home runs is just five shy of his personal best.  Puig is hitting a lowly .180 against left handed pitching this season despite being a career .269 hitting against LHP so there is some hope for a raise in batting average if he can get that mark up in the second half of the season.  Puig can likely be had on the trade market despite being on pace to hit around 25 home runs and steal 20 bags this season.

The Brewers currently sit atop the N.L. Central and while Eric Thames has been the story on the offensive side of things Chase Anderson has lead the pitching staff by going 6-2 with a 2.92 ERA this season.  Unfortunately I think this is about as good as it will get for Anderson and now is a good time to dump him.  Anderson owns a career 4.02 ERA, 4.26 xFIP and 4.26 SIERA.  This season Anderson has a 2.92 ERA with a 4.34xFIP and 4.17 SIERA.  As you can see there the biggest outlier comes by way of the ERA this season.  Anderson has a bit of luck on his side this season thanks to a career low .274 BABIP, .222 BAA and 7.9-percent HR/FB rate.  Anderson also owns an impressive 2.15 ERA at home this season but Miller Park ranks as the fourth best hitters park this season in terms of runs scored and ranks among the top 10 in home runs and hits allowed so some regression when pitching at home should be on it’s way in the second half as well.  Look to move on from Anderson if you own him as it is unlikely his ERA stays below 3.00 for much longer.