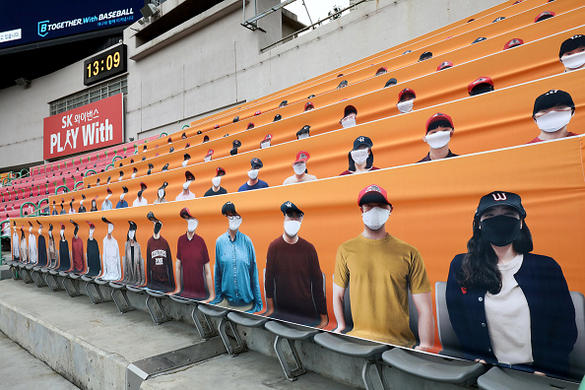 Imagine one of your “foreigners” being your third starter? Flexen makes his KBO debut on Thursday and is a massive -205 favorite against the LG Twins who have beaten Doosan in each of the first two games of the series. Flexen did not have much success as a major leaguer but is 43-31 with a 3.61 ERA and 7.9 K/9 in the minors. He’s the top dog on the slate and a pitcher we should be interested in spending up on, especially for the punch outs.

SK has a very nice rotation this season being able to slot Park in as their third starter. Park had a very strong 2019 campaign pitching to a 3.88 ERA while notching his fifth consecutive 100-plus strikeout season. He’s a big favorite against Hanwha tonight and if you’re not paying up for Flexen, he’s the clear cut number two option in the top tier.

Choi was one of the KBO’s best arms last year pitching to an elite 3.38 ERA while going 11-5. He’s now won 11 games or more for three consecutive seasons and in each one of those campaigns he’s also been able to notch 100-plus strikeouts, so we have some upside there as well. KIW pitching has held KIA to two runs in each of the first two games of this series and as a -205 favorite, should be able to limit them again. This is one of the best plays at pitcher on the slate.

After three seasons in Japan, Buchanan's career takes him to Korea to play in the KBO. He was decent in Japan but never made a name for himself in the MLB. He’s an underdog in this one considering how strong the NC Dinos offense is, but Vegas is betting the under at 8.5 runs which bodes well for more of a pitcher's duel here.

This is probably my favorite value of the slate. For whatever reason he’s priced at 5.7K on DK and that’s something we should take advantage of. Chang had a 3.20 ERA and 1.18 WHIP last year and if he pitched enough innings, would have qualified with the 10th best ERA in the league. We know we love the Dinos offense behind him and in a game with an 8.5 O/U, it’s one where elite pitching should prevail.

It’s weird paying the same price as a pitcher for a position player, but this spot is one of those we should consider “can't miss”. Romak hit 29 home runs last season and matches up with Shi-hwan Jang, who pitched to a 4.95 ERA and allowed 12 bombs and 42 extra-base hits during the same campaign. Romak could hit his first bomb of the year on Thursday.

Considering how well Rojas has played since coming over to the KBO, it’s hard not to love him in this spot. Rojas has hit 18-plus home runs in three straight seasons and has driven in 100-plus runs in back-to-back. His opponent, Se-woong Park, has given 67 home runs in five seasons, which is a lot on average. Rojas could deposit his first bomb in 2020 tonight.

It’s been tough sledding for Choi the first two games of the year, but Hanwha won’t be able to hold him down for the entire set. Choi has belted 29-plus homers in four straight seasons and has surpassed 20 in 8-of-10. Spoiler alert! I love SK tonight.

Lee has jumped out to a very fast start this season reaching base five times, scoring twice while driving in three runs in two games. Lee was one of the league’s premier hitters last year batting .336 with an .850 OPS. He has some pop, mostly gap-to-gap, hitting 31 doubles and 10 triples and has the ability to swipe a bag considering he stole 13 of them.

The 36-year old is coming off a three-hit game on Wednesday and has continued his onslaught of KBO pitching as he has the last few seasons. He’s hit 20-plus bombs in four straight seasons while batting .293 or better in three of them. He has an advantage in what should be a bullpen game for LG.

This could be one of my favorite plays of the slate. Motter has actually had success at the major league level and should dominate the KBO. He’s a dual threat player as he’s had four seasons of 20-plus stolen bases and four of double-digit homers as well. Min-woo Lee, his counterpart, has a career 5.72 ERA and 1.69 WHIP in 111.2 IP across three seasons. Look for Motter to explode here.

Once Park gets going, it’ll be hard to slow him down. He’s hit .300 or better since 2015 with an OPS of .800-plus in every single one of those seasons as well. He’s a speed demon on the base paths reaching double-figures in every season since 2014, including two of 46-plus. He has the split advantage against RHP David Buchanan.

Han is an electric power hitter, flashing that on Wednesday going yard twice. The first homer was his 100th of his career, which only 95 players in KBO history have accomplished that feat. Shi-hwan Jang is one of the top pitchers we’re looking to attack and considering he gave up 12 bombs last year, Han could go yard again tonight. He’ll be popular.

Although Kim didn’t have his best season in 2019, he hit .293 or better for four straight seasons and the last three included an OPS over .800. He had three hits on Wednesday and possesses some speed too if he gets on the basepaths. Doosan has a potent offense and hitting sixth in the order gives him a lot of run producing opportunities.

After riding the pine for the early stages of his career, No finally got a crack at a starting job and responded with back-to-back seasons with 11-plus home runs. He already deposited one homer on Wednesday and has a juicy match-up against a journeymen who hasn’t found much success at any stop he’s made.

It’s rare we find a leadoff hitter sitting a price tag this cheap, but here we are. Sim isn’t going to wow anyone with his power (15 HR in 6 seasons) but he has a ton of speed and stole 24 bags last season. He has stolen 11-plus in four straight and if he gets on, look out, he’s running.

In each of the first two games, Lee has slotted in the five hole of the Kiwoom lineup and has equipped himself nicely posting a 3-8 with two doubles and an RBI. KIW is arguably my favorite stack tonight and they’ve put up 14 runs in two games this series. Hard to ignore this production, price and placement in this potent lineup all tied up in a bow with the fact it’s a JUICY match-up.

This section, named after my three-month old son, will be our go-to stacks! Enjoy!

1) Kiwoom Heroes → Kiwoom has poured in 14 runs in its first two games of the season and goes for the series sweep on Thursday. They square up against a pitcher with a 5.72 ERA and 1.69 WHIP over his first three seasons in the KBO. The O/U set at 9.5 is tied for the highest on the slate and we need to attack this offense ad nauseum.

2) SK Wyverns → SK was not a very good team last season, but their offense looks to be pretty solid this year with some big boppers at the top of their lineup. Shi Hwan Jang, the counterpart, was 6-13 with a 4.95 ERA and 1.64 WHIP last year. He’s going to struggle with this lineup tonight.

3) KT Wiz → The Wiz have made the stacks column three nights in a row but it’s warranted because once again they have a plus match-up. Se Woong Park has a 5.30 career ERA and has allowed 67 home runs in five career seasons in the KBO. The ball could be flying tonight!