James Grande breaks down all of the data and brings you the Target Analysis Report of Week 16's contests. 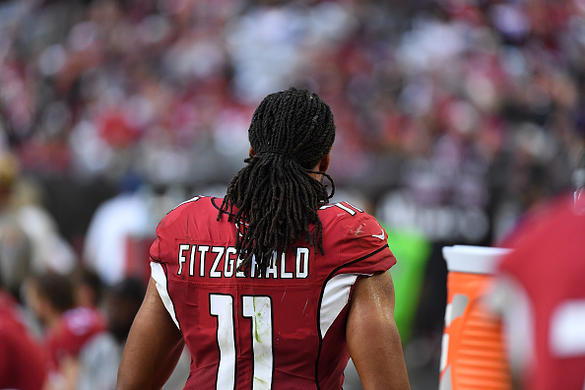 We have just one week left in the NFL regular season and boy has it been a grind! A lot of stats will essentially be finalized with a lot of rest taking place in Week 17 for teams preparing for the playoffs, nothing to play for or simply not risking the future of some of the stars they hope to have back healthy for next season. Let’s dive into some numbers! 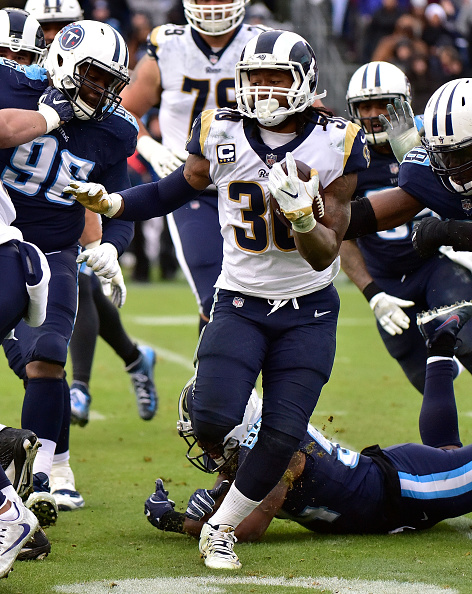 We have just one season left in the books and the race for third is tight as can be. Jarvis Landry, Larry Fitzgerald and Keenan Allen are within three receptions of one another. All three also have an outside chance of catching and/or passing Antonio Brown for second as he won’t be playing in his team’s final game. All three of the aforementioned receivers that will suit up for Week 17 will likely be playing all four quarters.

I’m not sure if Todd Gurley is the best receiving back in football, but if he’s not he’s damn close. He had a monster outing in Week 16 finishing with 10 catches on 13 targets for a week high 158 yards and two touchdowns. He was third in the entire NFL with those 13 targets and has now moved into 49th in the entire league in targets. He’s fourth amongst running backs, however, behind Le’Veon Bell, Christian McCaffrey and Alvin Kamara. What stinks for Gurley is that he won’t be able to move up on this list as he’s already been ruled out for Week 17.

It’s quite fitting Larry Fitzgerald led the NFL in targets in possibly his last home game ever. Fitzgerald is mulling over retirement so to see him haul in 9-of-15 targets for 119 yards and a score was a blast from the past -- even if it did come against my Giants. For someone who is thinking about retiring, Fitzgerald has a chance to finish second in the league in targets which is quite a feat these days seeing how many times teams throw the ball to so many different weapons. Whether he plays another year or not his legacy will live on forever and he’ll go down as one of the best receivers to ever play the game of football. It’s a shame he never played with a truly elite quarterback.

And when the dust settles, we’re going to have just one player north of a 30-percent target percentage. DeAndre Hopkins will finish north of 30 whether he plays in Week 17 or not and barring something crazy from someone like Julio Jones who is close to 30, nobody else will eclipse that mark. It’s not Antonio Brown’s fault that he won’t due to injury, but nevertheless he’ll finish sub 30 as well. 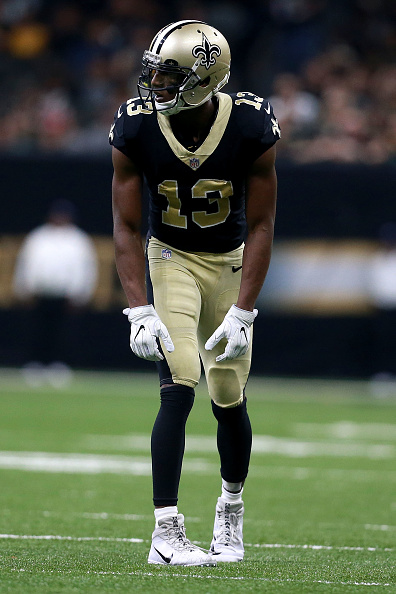 As the season progressed, a trend with red zone targets became quite apparent. Just looking at the top 15 targeted players in the NFL, all 15 were thrown to at least 14 times in the red zone. 13 of the 15 are averaging north of one red zone target per game, which is quite impressive.

Jimmy Graham heads into Week 17 with a three red zone target lead over Davante Adams. It’ll be hard for Adams to surpass Graham, but Adams has been a touchdown machine over the past two seasons so anything is possible. The issue for Adams becomes the Darius Slay shadow treatment seems to be lurking. Jordy Nelson is a shell of himself so no point in wasting Slay’s talent on him.

We have leaders in the drops department and they go by the names of Evan Engram and Dez Bryant. They hold a one drop lead over Amari Cooper who has led in this category basically wire-to-wire. It’s funny when you think about each one’s season they’re currently having, however. Engram is having a really fantastic rookie year, one that makes the Giants smart for taking him in the first-round. On the other hand, Dez Bryant and Amari Cooper are having poor seasons. Seasons that seem to be really under the microscope due in large part to their drops.

For Week 17’s contest, there are a few teams that need wins to make the playoffs and I’m looking at one in particular that happens to have a big time wideout on their team. That would be the Atlanta Falcons and Julio Jones. I suspect Jones is heavily targeted throughout and will lead the league in targets for Week 17. He had a big game against them the first time the two teams met up making six receptions for 118 yards.

R. Evans - LB
TEN
Evans recorded 111 tackles, 2.5 sacks and a fumble recovery across 16 games for the Titans in 2019.
For a full breakdown and detailed player analysis GO PRO and join the Fantasy Alarm Family! CLICK HERE to unlock your PRO package and take advantage of instant savings!
Added 9:45 pm (EST)

K. Raymond - WR
TEN
Raymond recorded nine receptions for 170 yards and one touchdown across eight games for the Titans in 2019.
For a full breakdown and detailed player analysis GO PRO and join the Fantasy Alarm Family! CLICK HERE to unlock your PRO package and take advantage of instant savings!
Added 7:17 pm (EST)

W. Fuller - WR
HOU
Fuller underwent sports hernia surgery after aggravating a previous groin injury in the AFC divisional-round loss to the Chiefs, Aaron Wilson of the Houston Chronicle reports.
This shouldn't come as a huge surprise given the injury was serious enough to keep Fuller off the field in the team's wild-card win over the Bills, and held him to a game-time decision leading into the aforementioned loss against the Chiefs. With only one year left on his 2016 rookie deal, the Texans may attempt to re-sign the 25-year-old on a relatively team-friendly deal in the offseason thanks to his injury-prone nature.
Added 5:08 pm (EST)
Added 5:08 pm (EST) 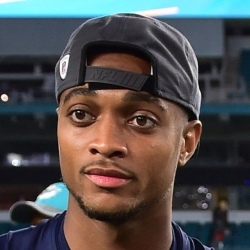 T. Sharpe - WR
TEN
Sharpe recorded 25 receptions for 329 yards and four touchdowns across 15 games with the Titans during the 2019 season.
For a full breakdown and detailed player analysis GO PRO and join the Fantasy Alarm Family! CLICK HERE to unlock your PRO package and take advantage of instant savings!
Added 3:31 pm (EST)