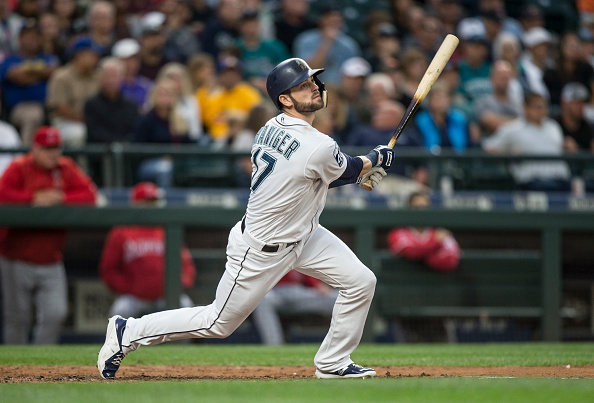 We’re not promising any home runs with any of these waiver wire suggestions, but they are rock solid additions that can elevate your team to the next level. It is slim pickings at this point in the season, especially when you couple in the fact a ton of September call-ups are taking the place of guys we’d consider before. To be honest, September call-ups would be much improved if they no longer took place in September, but in April. It’s basically an extended spring training and you’ll be able to gauge who is actually prepared for the big leagues and who needs more time in the minors. September is the month where you need to be at your best if you want to contend for a playoff spot, which means you should be using your best players. That would definitely help September waiver wires going forward if baseball made that adjustment. Sorry for the rant, let’s get to the players!

Mitch Haniger, SEA OF (30% ownership), FAAB Bid - $16 – Just over the last five games alone Haniger has been raking, notching four multi-hit contests. He’s hitting .489 over the last two weeks with two home runs and 11 RBI. He’s also moved up in the Seattle order and is now hitting in the two-hole, which has definitely helped his production. He’s a must-own going forward for the remainder of the season.

Albert Pujols, LAA 1B (65% ownership), FAAB Bid - $15 – “The Machine” is stepping up in a huge way of late, hitting .450 while driving in 15 runs over the last two weeks. Pujols is currently riding a nine-game hitting streak with six of those contests going for two or more hits. This could be due to the fact the Angels went out and acquired Brandon Phillips and Justin Upton and they’re now worrying about them and not Pujols. Regardless of his age and what it says in the average column, Pujols remains an elite run producer at this moment in time.

Doug Fister, BOS SP (47% ownership), FAAB Bid - $14-$15 – As shocking as it’s been, it’s an undeniable fact that Fister has been a stud for almost a month now. He’s gone at least seven innings in four straight starts, including a complete game mixed in there, and in each start he’s allowed two runs or less. As a matter of fact, over his last seven starts, only one of those games did not register as a quality outing. Fister’s posted a career-high 20.8-percent K-rate and the third best groundball rate of his career at 51-percent. He’s been really good and you can trust him going forward. 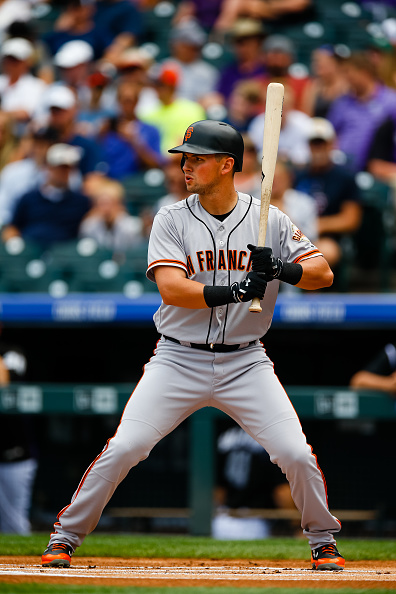 Joe Panik, SF 2B (11% ownership), FAAB Bid - $10-12 - Second-base isn’t the easiest position to find consistent production at, but Panik has provided just that in recent weeks. It’s really been since the All-Star break to be quite honest, as he’s slashed .299/.361/.455 while posting a .348 wOBA. San Fran hasn’t had many positives come from 2017, but Panik is definitely one of the few.

Kendall Graveman, OAK SP (12% ownership), FAAB Bid - $10-11 – Coming into 2017 we figured this would be the year Gravemen would take the next step as a pitcher. Injuries, unfortunately, derailed the good start he got off to and he’s been average at best since. That being said, in four of his last six starts, he’s allowed three earned runs or less. When he’s inducing grounders – which is his cup of tea – he’s very hard to beat. We just need that Graveman for the remainder of the season and he’ll be a nice SP4 for the postseason run.

Tim Anderson, CWS SS (30% ownership), FAAB Bid - $10 – Anderson has notched the fourth most hits in baseball over the past two weeks with 20, hitting .400 over that span. He’s also swiped four bags over that span, giving him nine for the year. Pair those nine stolen bases with his 16 homers and he’s looking at a chance at a 20/15 season. Ride him while he’s hot and scoop him up for the remainder of the campaign.

Jose Reyes, NYM 2B, 3B, SS (41% ownership), FAAB Bid - $9 – Reyes’ multi-position eligibility is a very valuable commodity to own. Not only that, but he’s swiped five bags over the past two weeks and has taken over the leadoff role for the Mets. He’ll continue to hit at the top of the order for the remainder of the year and will be a stolen base threat each time he reaches base. Worth the shot despite how bad the Mets are.

Dillon Peters, MIA SP (17% ownership), FAAB Bid - $7 – Peters has looked sharp in his first two big league starts and has been surprisingly good at missing bats in particular. He hadn’t pitched above Double-A before his call up and only had a 7.9 K/9 mark at AA, so his 10.5 K/9 major league mark doesn’t seem very sustainable. But for the stretch run and playoffs, he’s well worth the add in deeper formatted leagues.

Carson Fulmer, CWS RP (2% ownership), FAAB Bid - $3 – You don’t just get drafted eighth overall if you’re not immensely talented, so Fulmer finally showed the White Sox and us what they have in Fulmer when he fired six innings of one-run ball while striking out nine on Sunday. Fulmer really struggled at Triple-A this year, but he’s shown us at every other level the ability to miss bats and have success. He’s going to get a shot in the rotation likely for the remainder of the season and it’s only a matter of time before he’s both RP and SP eligible. He’ll be even more valuable when that happens, so right now stick to picking him up in AL-only formats.