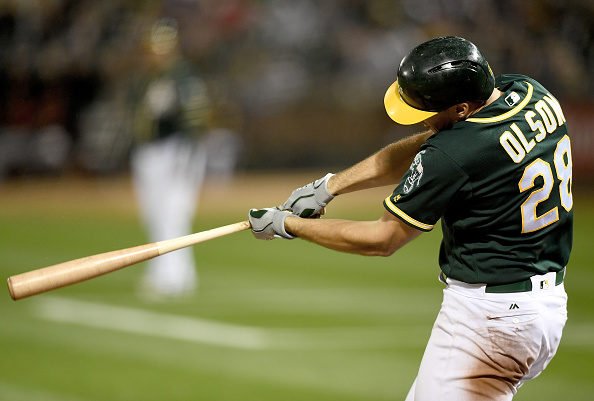 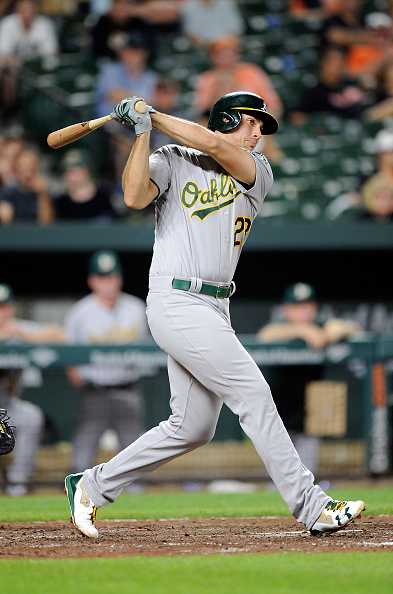 Matt Olson, OAK 1B, OF (13% ownership), FAAB Bid - $15 – Power, power and more power. Olson has massive amounts of power and it’s been on display over the last seven days, mashing six homers. His SLG versus righties is now up to .627 while his ISO is .363. Olson will continue playing everyday with the A’s out of playoff contention.

Lucas Giolito, CWS SP (38% ownership), FAAB Bid - $14-15 – Yes, we understand Giolito has made just three starts this season, but go all-in for the remainder of this campaign. He’s fresh off back-to-back quality starts including his last one that was good for seven innings of one-run ball in which he struck out 10. There’s a reason why the young right-hander was at one time the number one overall prospect in baseball.

Mike Clevinger, CLE SP, RP (44% ownership), FAAB Bid - $12-13 – Clevinger’s now notched two quality starts in a row since returning to the rotation, a spot he’s likely going to stay for the time being. He hasn’t been the most consistent starter this year, but he’s allowed just a .211 AVG and has posted a 27.3% K-rate. His 4.20 xFIP tells us he’s been a bit lucky this year, but he’s a worthy candidate in almost all 12-team leagues for the remainder of the season.

Robert Stephenson, SP, RP (11% ownership), FAAB Bid - $12 – After dealing another six inning, one-run gem on Tuesday night, Stephenson has now notched four straight starts allowing two ER or less. Possibly the most impressive part has been the fact that the last three outings have come at Great American Ballpark. What’s been most impressive is the recent string of strikeouts, compiling 25 over his last 17.2 innings. Stephenson can even be trusted in 10-team leagues if he continues pitching this way. 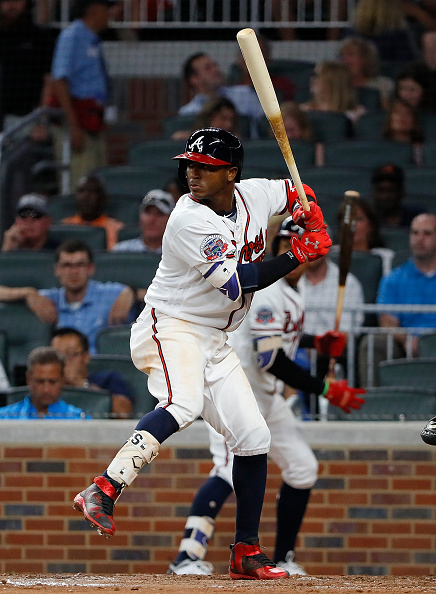 Ozzie Albies, ATL 2B, SS (16% ownership), FAAB Bid - $6 – We LOVE the Braves young middle-infielder, especially for the remainder of the season. Over the last 28 days, Albies has slashed .313/.362/.479 with five doubles, four triples and one homer. Albies has moved up in the order, hitting second, since they traded Brandon Phillips and he should remain there for the remainder of the campaign.

Joe Mauer, MIN 1B (12% ownership), FAAB Bid - $5 – It’s not sexy or flashy in the least bit, but Mauer has hit .374 over the last 30 days. Over that same span he’s driven in 15 runs and scored 16 of his own. He’s not a multi-category contributor but he’s playing for a contender and he’s going to play everyday as long as the Twins are still in the playoff hunt. He can flat out hit, so he’s useful in deeper formatted leagues.

Brandon Woodruff, MIL SP, RP (6% ownership), FAAB Bid - $5 – There’s absolutely no reason the Brewers ever should have sent this guy down after the first few starts he made, but they did, and he responded in a big way his last time out allowing just one run over seven innings while striking out eight versus Washington. Woodruff now has a 1.52 ERA and 20 K’s over 23.2 IP (4 starts). Woodruff has shown early on he belongs to stick around and there’s no reason the Brewers have to moving him back to the bullpen. He’s worth a look in deep formats.