James Grande is here once again to look around the Fantasy Baseball Waiver Wire to point out some interesting names here in the middle-part of June. 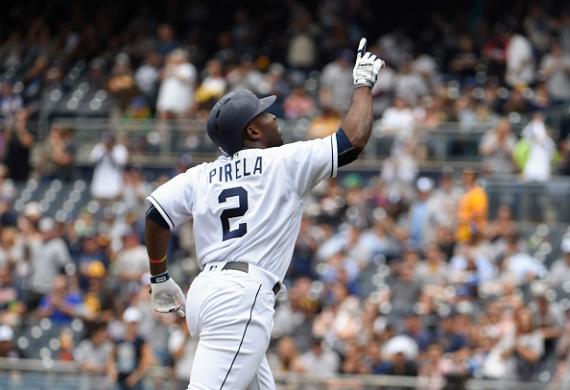 You probably have a good idea about how the rest of your fantasy season will turn out by now. You might have been struck by the injury bug – maybe even avoided it somehow – or maybe you’re in last place with not much confidence you can pull yourself out of the rut you’re in. Good thing we’re here to help you dive into some players that WILL help you out of that rut! 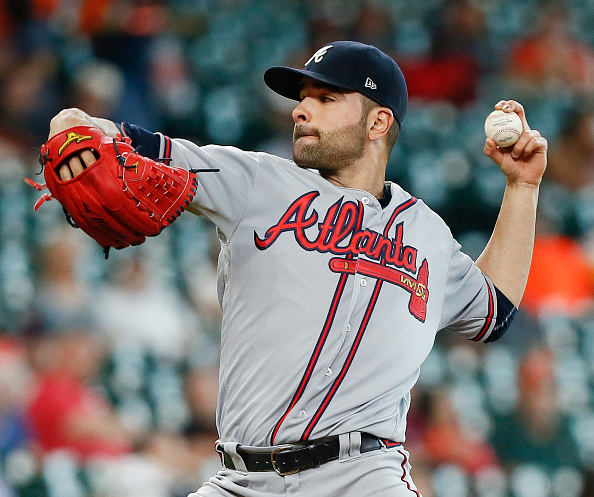 Jaime Garcia, ATL SP (30% ownership), FAAB Bid - $15 – Very quietly, Garcia has been lights out over his past five starts. He’s posted a quality outing in all five, has an ERA of 1.49 over that span and has allowed just six earned runs over 36.1 IP. Since he’s been so good over the last five games, we’ll continue on with this theme and tell you he hasn’t allowed more than 29-percent hard-contact during this span and in three-of-five it’s been below 16-percent. Garcia isn’t a huge strikeout guy, but 57-percent of his outs this season have been groundballs, which obviously helps him keep the ball in the ballpark more often than not.

Logan Morrison, TB 1B (38% ownership), FAAB Bid - $13 – We figured Morrison would cool off at some point after getting off to a hot start in 2017 but he really hasn’t. Look past the average to his 18 homeruns and 41 RBI to see what kind of player he’s been this year. He has straight up MASHED righties this year, posting a 45-percent hard-contact rate against them. Not only that, but he’s slugging .591 and has a .384 wOBA against them too.

Addison Russell, CHC SS (61% ownership), FAAB Bid - $11 – Russell has struggled for a large chunk of the season, but now is the perfect time to hop on board. He’s homered in two of his last three games and has driven in four runs in that same timeframe. He has an OPS of 1.058 over the last seven days, which is a great indication he’s going to get back to where he was last season. Another sign pointing towards improvement is his 40-percent hard-contact rate compared to a 6-percent soft contact mark in June.

CC Sabathia, NYY SP (58% ownership), FAAB Bid - $8-10 – We understand Sabathia is likely going to spend a little time on the DL, but that doesn’t mean you shouldn’t head to the waiver wire and pick up him immediately. He’s simply learned how to pitch without velocity and it’s a beautiful sight to see. His FIP marks over the last three games have been 1.86, 1.86 and 2.96 respectively, all while striking out 16 and walking just one batter. If you want to risk it, wait until he comes off of the DL to pick him up, but we suggest the sooner the better.

Jose Pirela, SD 2B, OF (11% ownership), FAAB Bid - $7-9 – Since being called up the Padres haven’t been able to take Pirela out of the lineup as he’s been flat out raking to the tune of a .484 AVG. He’s also belted two home runs and seven RBI, so he’s producing in more than just one category. He’s also hitting leadoff, which is always a bonus because the extra at-bats are there.

Joe Musgrove, HOU SP (22% ownership), FAAB Bid - $8 – The Astros top three starters in Keuchel, McCullers and Morton are all currently sidelined so Musgrove is the guy for the time being. Musgrove’s numbers aren’t eye popping, but he gets the job done. He’s been tough as nails versus left-handed hitters, posting a 3.73 FIP against them. Musgrove’s time in the rotation is going to be time well spent and you should consider grabbing him where you can. 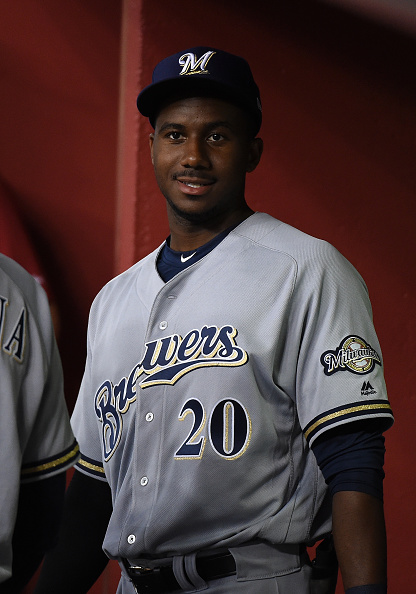 Lewis Brinson, MIL OF (26% ownership), FAAB Bid - $5 – Unless it’s a dynasty league, which in that case he’s been gone since last season, Brinson’s value is capped to deeper formats. Someone like Robbie Grossman -- who we talk about next – could be of more value to you this season, especially if you’re in playoff contention. All that said, Brinson has serious pop as he posted a .505 SLG at Triple-A this season, and had 20 extra-base hits in 45 games. Brinson has all of the tools and can absolutely be a factor going forward, we’re just unsure on how big his immediate impact will be.

Robbie Grossman, MIN OF (3% ownership), FAAB Bid - $2 – Grossman is least known outfielder in Minnesota but he’s extremely solid nonetheless. As we mentioned he’s been solid all season, but over the previous 28 days he’s been really good and really flying under the radar. Over that period of time he’s slashed .301/.408/.494 with four homeruns, 20 runs scored, 11 RBI and two stolen bases while posting a .902 OPS. He’s virtually available in all leagues everywhere, and you’re very desperate for OF help, we’d even suggest him in run-specific 12-team leagues.

Alex Meyer, LAA SP (5% ownership), FAAB Bid - $0 – Meyer is an extremely interesting pitcher but isn’t worth much more than an AL-only pickup. He’s struck out 39 batters over his previous 31 innings, but his lack of control doesn’t really allow him to pitch deep into games. His 10.4 K/9 is something worth noting, but the 6.5 BB/9 is worth shielding your eyes from. Opponents are only hitting .222 against him on the year, but the amount of traffic on the base paths because he’s erratic control really hurts him in the long haul.