Joe Gallina navigates the ADP landscape and finds potential values and fantasy-relevant players that could get regular playing time on bad teams! 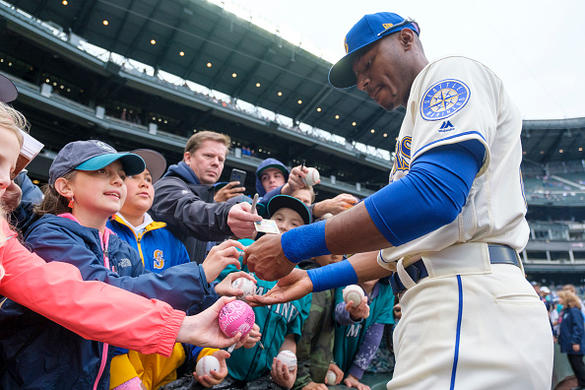 While most probably had a feeling it was going to happen, many fantasy baseball players were still left stunned when MLB announced that spring training was suspended due to the Coronavirus disease. The news got even worse when it was revealed that Opening Day would be delayed by at least two weeks. Or did it?

Let’s look on the bright side. While many of us get a charge from the challenge of managing our fantasy baseball on a daily basis, some of us live for the excitement associated with preseason drafting. The delay of the 2020 regular season means we’ll have more time to practice our craft with Fantasy Alarm’s Mock Draft Army General, Andy Spiteri. We’ll also be able to dig a little deeper when it comes to our preseason player analysis.

Smart fantasy baseball managers don’t let their emotions or biases affect their draft strategies, but sometimes it happens. Too many fantasy players avoid drafting fantasy relevant players who have the misfortune of playing for weak real life teams. This week, we’ll identify some of those hidden gems that you’ve been avoiding simply because of the uniform they wear. The ADP’s quoted in this article will be those calculated based on data from the National Fantasy Baseball Championship (NFBC) leagues as of March 12th, 2020.

The Mariners made Lewis the 11th overall pick in the 2016 MLB June Amateur Draft based on his gaudy .367/.465/.655 NCAA triple slash. Unfortunately, Lewis suffered a knee injury in his first minor league season and he’s been trying to get his career back on track ever since. Lewis possesses a huge power bat as evidenced by the six home runs he hit in his first ten major league games last September. Strikeouts were an issue for him in his brief time with the Mariners last season, but Lewis is expected to be the team’s everyday leftfielder. With the Mariners not expected to be very competitive this season, they may be a bit more patient with Lewis and allow him to work on becoming a better contact hitter. His power is for real.

The fact that the Mariners signed White to a six-year deal last all shows that they consider him their first baseman of the future. With the team in full rebuild mode and his contract extension making service time a non-issue, if you’re the Mariners why not make him your everyday first baseman to start the season? White has held his own the spring, batting .333, and he has a very good hit tool, demonstrated by his .318/.381/.492 career triple slash between his minor league and college baseball career.

Dickerson is a career .286 hitter, who is coming off of an injury-plagued shortened season. He represents a good buy low opportunity. Dickerson isn’t your typical 30-plus home run power hitter. However, with his Barrel % and hard hit rate having increased for three straight seasons, he can potentially hit upwards of 25 homers this season. Dickerson is expected to bat either third or fourth in the Marlins lineup. He also likes swinging his bat in Miami, posting a .319/.333/.444 triple slash in 72 career AB’s at Marlins Park. 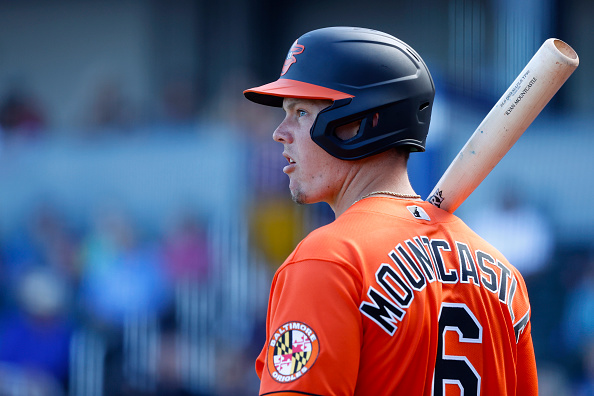 Mountcastle is a top-four Orioles prospect who has batted .293/.327/.469 in his five-year professional career. He’s got power, but he also needs to develop more patience at the plate. At this stage of his career he’s got nothing left to prove in the minor leagues. With his ability to play both first base and in the outfield he should work his way into the Orioles lineup early this season while outfielder Trey Mancini recuperates from colon surgery.

While Hayes doesn’t yet possess the type of home run power expected from a corner infielder, he’s a disciplined batter whose glove should allow him to get regular AB’s for the Pirates this season. He has pretty good speed for a third baseman, having stolen 52 bases over the past three minor league seasons. He’s not considered a top of the line prospect, but Hayes possesses excellent OBP skills and a hit tool that should allow him to hit for a respectable average this season.

Some looked to O’Hearn as a late-round sleeper last season but he fell flat on his face. Things got so bad for him that he was demoted and spent six weeks back in the minor leagues.  O’Hearn does have a solid power bat, and he’s teasing us this preseason, batting .343 with five home runs. Based on his ADP you can grab him with the last pick of your draft.

Perhaps you’d rather take your chances with McBroom, who posted a .293 BA and .361 OBP across 75 big league AB’s for the Royals last season. Those numbers aren’t that much different from his professional career .289/.353/.471 triple slash. He’s expected to split time at first base with O’Hearn, however he can also play in the outfield. He’s currently only listed as an outfielder in NFBC leagues, but should gain first base eligibility by season’s end. Good hitters often force their teams into giving them the opportunity to play on a regular basis. If O’Hearn or Alex Gordon slump or get injured McBroom could have the opportunity to play every day.

Cron has smacked 55 home runs over the past two seasons and had the sixth highest Brls/PA% in baseball last season. His Barrel % has increased in each of the past three seasons. He’s enjoyed hitting at Detroit’s Comerica Park, batting 293./312/.560 in 75 career AB’s at the Tiger’s home ballpark and should get 500-plus AB’s splitting time between First Base and DH. He’ll likely provide you with an overall BA north of .250, but DFS players should also note that he posted a .326/.385/.636 triple slash against lefty pitching last season.

Depending on the size of your league Boyd can provide you with mid-to-late round strikeout action. While providing fantasy owners with just nine wins and a very pedestrian 4.56 ERA, Boyd struck out 238 batters in 185.1 IP last season. SIERA (3.61) and xFIP (3.88) actually estimated that he pitched much better than his overall traditional ERA. Boyd actually has more fantasy value in leagues that track quality starts (14) instead of wins. He’s pitched to a 1.93 ERA with 12 strikeouts and three walks in 9.1 IP this spring.

Mize is the future ace of the Tigers pitching staff. He has a four-pitch arsenal of big league ready offerings, but will likely start the season in the minor leagues. While service considerations might delay his arrival, Mize has a shot to reach the majors this season. Unfortunately he will likely be on an innings pitch limit.