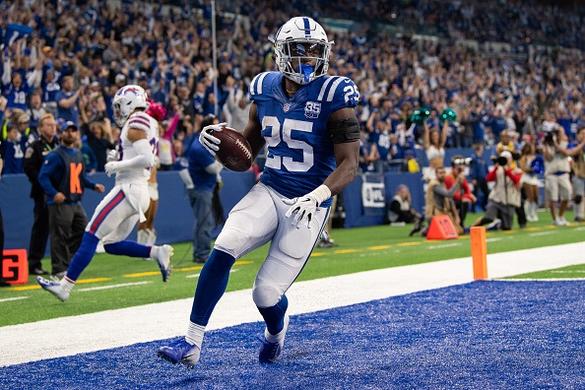 If you got to your fantasy championship game by using Falcons RB Devonta Freeman on a weekly basis, you must have a deep season long fantasy team. He does have an excellent matchup against the Jaguars who have been getting destroyed by opposing RBs. They’ve given up just over 5.0 yards per carry (YPC) and the most fantasy points per game (FPPG) to the position over the past four weeks. Start Freeman in all fantasy league scoring formats.

The Panthers have been absolutely awful against the run lately. How awful? They’ve given up 6.35 YPC, 167 rushing yards per game and eight TDs to RBs over the past four weeks. Colts RB Marlon Mack takes them on this week. He’s had a couple of small weeks in a row but the Colts insist that he’s healthy. If that’s true, starting Mack is a no brainer in season long and DFS scoring formats.

Bengals RB Joe Mixon has rushed for 282 yards over the past two weeks. He torched the Patriots’ stout run D for 136 rushing yards last week. He has a great matchup against the Dolphins, who give up an average of 141 rushing yards per game, in Week 16.

You’d never seriously consider sitting Giants RB Saquon Barkley in season long leagues, but let’s face it he has hurt your fantasy team for much of the season. He finally seems to be fully healthy and has gotten his explosiveness back. He takes on the Redskins this week. They’ve given up 5.4 YPC over the past four weeks.

Last week we mentioned that Raheem Mostert probably had the most fantasy value from among the 49ers RBs. He only rushed for 54 yards, but led all 49ers backs by playing 53% of the team’s offensive snaps. He also scored a TD in his fourth consecutive game. He has a juicy matchup against the Rams who have given up 5.33 YPC over the past four weeks.

Keep an eye on the Vikings backfield as their game approaches. Dalvin Cook is nursing a shoulder injury, but the Vikings are hinting that he should be able to play. If he can’t play and Alexander Mattison is forced to miss another game due to his ankle injury, Mike Boone would be in line to make some noise against the Packers who have given up a total of 15 TDs to the RB position this season. 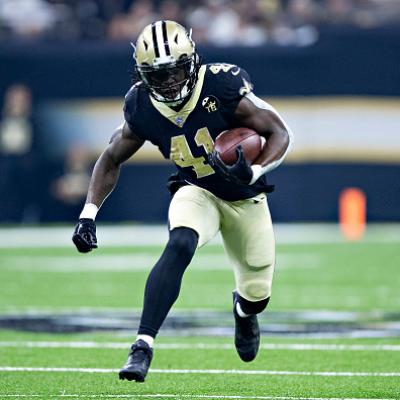 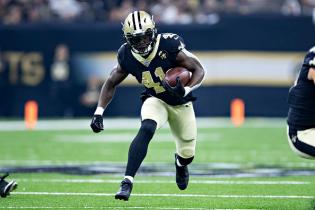 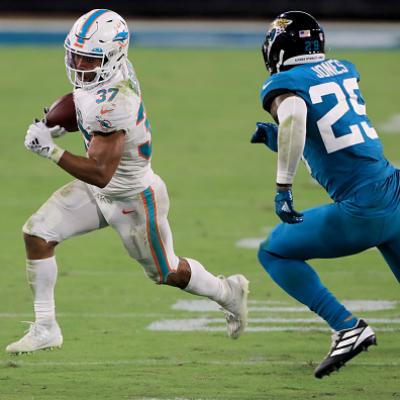 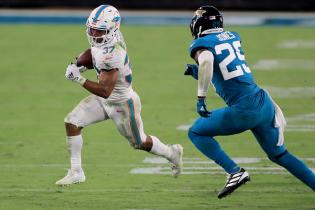 D. Johnson - WR
PIT1
Diontae Johnson is officially in the concussion protocol.
As expected. Johnson left early in Week 3 and will have to clear tests before suiting up again. Concussions are tough to predict, meaning he's 50/50 as of Tuesday to play Week 4's contest. The Steelers are also waiting on the Titans' COVID-19 test results to make sure they'll be able to play this weekend (or perhaps Monday) after eight members of the organization tested positive. If healthy, Johnson is a WR2 while leading the team in target share. It's best to at least have a backup plan in place in the short term.
Added Yesterday 5:24 pm (EST)
Added Yesterday 5:24 pm (EST)

D. Jones - T
TEN
Titans placed DE DaQuan Jones, TE Tommy Hudson, and LS Beau Brinkley on the COVID-19 list.
These three players and five other Titans staff members have tested positive. The team will stay away from facilities until at least Saturday, but they need to pass COVID-19 testing before attempting to play on Sunday. The NFL is prepared to delay the Titans vs. Steelers game to Monday if another day is needed. Because the Vikings played the Titans last Sunday, they too will be away from facilities until testing clears them. It's the first major scare in the NFL.
Added Yesterday 4:58 pm (EST)
Added Yesterday 4:58 pm (EST)

J. Crowder - WR
NYJ1
Jamison Crowder (hamstring) remained "limited" on Tuesday.
He's now been "limited" back-to-back days after failing to practice last week and sitting out the Jets' dismal loss to the Colts. Crowder is desperately needed in the Jets' injury-ruined receiver corps, but the short week makes it complicated. It's possible Crowder ends up a game-time call for Thursday's showdown with the Broncos. If he does play, he can be reinserted as a workload-based, low-end WR3.
Added Yesterday 4:40 pm (EST)
Added Yesterday 4:40 pm (EST)

E. Thomas - DB
BAL
The Houston Chronicle reports the Texans have decided not to sign free agent S Earl Thomas.
"After a lot of internal discussion, Texans decided Earl Thomas wasn't a good fit," John McClain reported. Thomas took his physical but never worked out for the Texans. It's unclear if the medical review turned up an issue. The Texans were Thomas' first real interest after he was cut by the Ravens in late August. His NFL future is uncertain following the murky circumstances of his Baltimore departure.
Added Yesterday 4:23 pm (EST)
Added Yesterday 4:23 pm (EST)

P. Lindsay - RB
DEN1
Phillip Lindsay (toe) remained "limited" on Tuesday.
The Broncos didn't actually practice on Tuesday, but they have no estimated Lindsay as "limited" back-to-back days. He got in a "limited" session last Friday before failing to suit up against the Bucs. He is probably on the wrong side of questionable for Thursday night's game against the Jets. If he can go, 10-12 touches will be a real possibility with the Broncos certain to lean on their running game with Brett Rypien under center.
Added Yesterday 4:08 pm (EST)
Added Yesterday 4:08 pm (EST)

E. Thomas - DB
BAL
Free agent Earl Thomas' workout with the Texans has been postponed following the Titans' COVID-19 outbreak.
NFL Network's Tom Pelissero points out the cancellation comes after the league "told clubs to review procedures for bringing in new players." Thomas had already taken his Texans physical. The workout should still follow some time this week. The Texans have a Week 4 need at safety, so time is of the essence.
Added Yesterday 3:41 pm (EST)
Added Yesterday 3:41 pm (EST)