Howard Bender pores over the data and the match-ups to bring you his favorite plays for the Sunday Only DFS contests of NFL Wild Card Weekend. 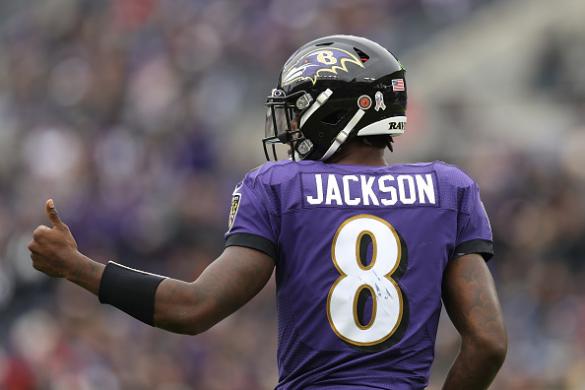 By the time you are reading this, the Saturday games would have started, so you're either playing Sunday-Only contests or you're looking for some late-swap help. Either way, the only thing left for you is to keep tabs on the latest news, watch for positive and negative COVID-19 tests and make sure there aren't any last minute injuries from practice which could hinder things. AS it stands, the situations which require the most attention are, obviously, the COVID situation with the Browns and the impending returns of both Alvin Kamara and Michael Thomas .

Reports coming in say the Browns have not had any additional positive tests, so while it's still a bummer for them that their head coach Kevin Stefanski won't be on the sidelines, it sounds like the major players are all in. As for the Saints, Kamara tweeted out "See y'all Sunday," which, hopefully means he'll be playing, though he still needs clearance, so keep an eye on that. As for Thomas, he's been activated and is expected to play. Whether he and Drew Brees remain on the same page, that's yet to be seen. Tough to fade the Saints, potentially at full-strength, especially at some of the prioces we've seen, but we'll worry abou tthat closer to lineup lock on Sunday.

Having said that, let's take a look at the players for Sunday's Playbook.

L. Murray - RB
NO1
Latavius Murray (quad) is questionable for the Divisional Round against the Bucs.
Murray missed practice this week but was labeled as "day to day" by coach Sean Payton mid-week. He'll be a game-time call for Sunday. If he sits, Ty Montgomery could see some extra work behind Alvin Kamara, who would again be a threat for 25-plus touches.
Added 4:06 pm (EST)
Added 4:06 pm (EST)

D. Watson - QB
HOU1
Breaking his Twitter silence Friday, Deshaun Watson tweeted, "I was on 2 then I took it to 10."
It was Watson's first tweet of the new year, and one would have to assume it's referring to his frustration level in Houston. Watson was reportedly extremely irked at the Texans' process that led the team to hire Patriots exec Nick Caserio as its new GM. Watson was kept out of the loop in that hiring, and the Texans have been trying to perform damage control ever since, with CEO Cal McNair stating he wants Watson's input on the new head coach. It may be too little, too late in Watson's eyes. He's also said to be frustrated with the team's insensitivity to social justice. Former owner Bob McNair, who has since passed, was in hot water with racist comments a few years back. Watson could look to force his way out of town this offseason, but we would think there's long way to go until we get to that point.
Added 3:51 pm (EST)
Added 3:51 pm (EST)

V. Miller - LB
DEN
9 News Denver's Mike Klis reports Von Miller is "under criminal investigation" by Parker police in Colorado.
“We’re not commenting on nature of the allegations," said Parker police spokesman Josh Hans. "We haven’t completed the investigation.” That's all we have so far, as Klis has added nothing to the report at this point.
Added 2:41 pm (EST)
Added 2:41 pm (EST)

C. Edwards-Helaire - RB
KC1
Clyde Edwards-Helaire (hip) is questionable for the Divisional Round against the Browns.
CEH got in some practice reps this week, and coach Andy Reid said the Chiefs will take this thing up to game time to decide if the rookie back is ready to return after getting hurt in Week 15. He's had three weeks of rest, but the injury looked significant at the time, so it's no surprise Edwards-Helaire is still fighting it. If he sits, Le'Veon Bell and Darrel Williams will split duties.
Added 2:36 pm (EST)
Added 2:36 pm (EST)

S. Watkins - WR
KC1
Sammy Watkins (calf) is out for the Divisional Round against the Browns.
Watkins was injured in the Week 16 win, and the two weeks off still wasn't enough to get him ready. He didn't practice at all this week. It'll be Mecole Hardman, Demarcus Robinson, and Byron Pringle soaking up snaps behind Tyreek Hill.
Added 2:35 pm (EST)
Added 2:35 pm (EST)

R. Jones - RB
TB1
Bucs coach Bruce Arians said Ronald Jones (quad) will be a game-time decision for Sunday's Divisional Round matchup with the Saints.
Jones looked better at Friday's practice, but his status for Sunday's game is still up in the air. Even if he gets cleared, Leonard Fournette will start after rushing for 93 yards and a touchdown last week. Fournette's hot hand makes him the touch-favorite if both are active.
Added 12:37 pm (EST)
Added 12:37 pm (EST)