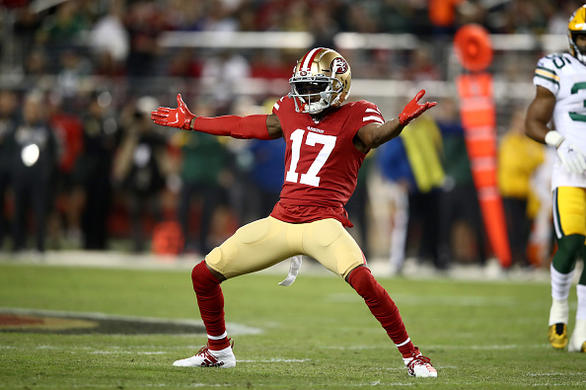 Mostly cloudy with temperatures in the low 30s, winds blowing S/SE at 10-12 mph

These teams haven't faced each other since October 23, 2016 so historical match-up data doesn't mean a thing here.

Lamar Jackson , QB -- Tough to deviate from a QB who has been ridiculously productive throughout the season. Is there a concern that the Ravens take a big lead and go to the back-ups in the second half? Yes. But then again, for them to have jumped out to such a big lead, means that Jackson would have/should have done some heavy lifting of his own.He's worthy of the mention just for the damage he is capable of inflicting, but it seems unlikely that he will need to open the floodgates in such a soft match-up.

Sam Darnold , QB -- Potential game flow dictates Darnold over Jackson in the sense of having to throw the ball more in catch-up mode. If the Jets are even going to try to look respectable, they're going to hav to take a lot of chances in the passing game. The Ravens DBs are rock solid, so it's going to be extremely tough, but if lookign for the guy we expect to throw most-often, it would be Darnold.

Le'Veon Bell , RB -- Another tough call here. The Ravens run defense is rock-solid while the Jets offensive line has struggle withits run-blocking throughout the year. But the check-down and potential screens are where Bell should make his money in this game. If the Jets are in catch-up mode then we could see Bell catching 8-10 passes in this game.

Gus Edwards , RB -- There isn''t going to be much of a need for Mark Ingram to go up against this Jets defense, so I'm looking at Edwards and possibly even Justice Hill in the second half. Once the Jets are fully demoralized, there should be more running room for Edwards and he could be the guy chewing up that clock in the fourth quarter.

Marquise Brown , WR -- The Jets are dealing with a ton of injuries in the secondary and corners like Blessuan Austin, Maurice Canady and Nate Hairston are supposed to be monitoring the secondary. Brown iss just to fast and too good for them to contain. He'll help the Ravens jump out to an early lead.

Willie Snead , WR -- He'll be facing Nate Hairston in the slot which grades out very well for Snead. I'll take him over Seth RPOberts if looking for a pay-down.

Robby Anderson , WR -- If you're going to take a shot on a starting receiver for the Jets, Anderson over Jamison Crowder is the way I would lean, given the match-ups. Anderson vs Jimmy Smith is actually more appealing than Crowder vs Marlon Humphrey , who is having an outstanding season.

Braxton Berrios , WR -- Looking for a late-game, garbage-time TD? This is your guy.

Mark Andrews , TE -- The Jets rank 21st against the TE, so if Andrews plays, he's the guy. If he doesn't, then I would lean Hayden Hurst .