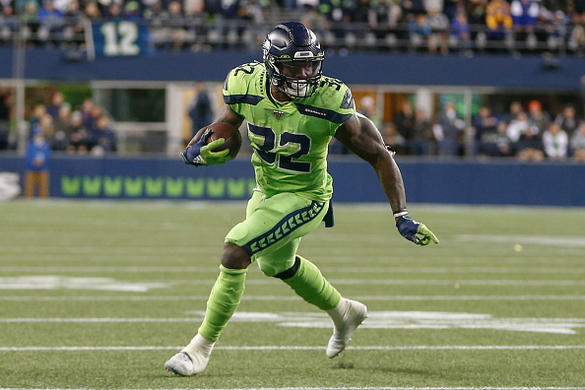 Adam Thielen , WR -- out with a hamstring injury

Adrian Peterson , RB -- questionable with ankle injury (says he expects to suit up)

Chris Thompson , RB -- out with a toe injury

Vernon Davis , TE -- out with a concussion

Playing in a dome

The Vikings have won three of the last four meetings and five of the last seven, but the two teams haven't faced each other since November 2017 when Case Keenum was the Vikings QB and Kirk Cousins was under center for the Redskins. Minnesota won 38-30 at FedEx Field in Washington.

If you are playing the Showdown Slate, here are some of my thoughts:

Kirk Cousins , QB -- While a heavy ground game should be expected, we do need to remember that it is a short week and the Vikings are thinking long-term and don't want to run their guys into the ground in a soft match-up here if they can avoid it. Besides, Cousins in a revenge game against his former team? Sure, they paid him well, but he was abused by the fans and the local media, not to mention, they were pretty quick to shove him out the door.

Case Keenum , QB -- Revenge game here as well and he's going to have to throw. The problem is the defense is going to have tight coverage and he doesn't have much in the way of weapons. He needs Adrian Peterson to play to at least alleviate some of the pressure.

Dalvin Cook , RB -- I mean, duh. It's Dalvin Cook against a run defense that is allowing 134.4 rushing yards per game (4.4 yards per carry) and five rushing touchdowns. He'll eat and he'll eat early.

Alexander Mattison, RB -- With the short week, we should expect to see Mattison get some decent work. He'll be mixed in throughout but could end up with a strong share in the second half.

Adrian Peterson , RB -- Another revenge-game narrative. Problem is his ankle is damaged. He says he's suiting up, but it's going to be tough to be effective. He's a contrarian play, at best.

Stefon Diggs , WR -- With Adam Thielen out, we expect Diggs to see the lion's share of targets. If Josh Norman plays, however, we might pivot to lesser-known names.

Laquon Treadwell , WR -- As the outside receiver opposite Diggs, Treadwell will see a lot of Fabian Moreau in coverage and that's actually a tasty match-up for the Vikings

Bisi Johnson, WR -- The match-up against slot corner Jimmy Moreland grades out nicely for Johnson. He'll be a popular pick which has me, in this format, on Treadwell a little more.

Terry McLaurin , WR -- He's a contrarian play because everyone expects Xavier Rhodes to shadow. Rhodes hs been exposed by elite talent in the past, but are we ready to call McLaurin elite?

Trey Quinn , WR -- He doesn;t see enough targets, but has a decent match-up in the slot against Mackensie Alexander and we know Keenum does like to lean on the short-pasing game

Kyle Rudolph , TE -- Got into the end zone last week and the Redskins rank 20th agains tthe position, according to DVOA coverage numbers.

Vikings Defense -- For sure. Keenum and the Redskins are definitely prone to turnovers. 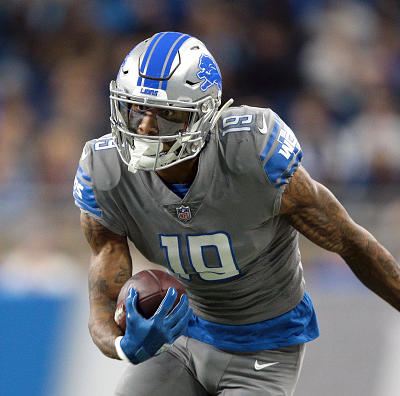 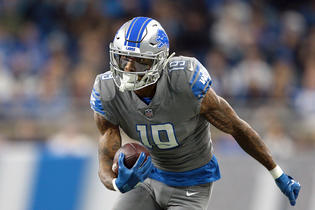 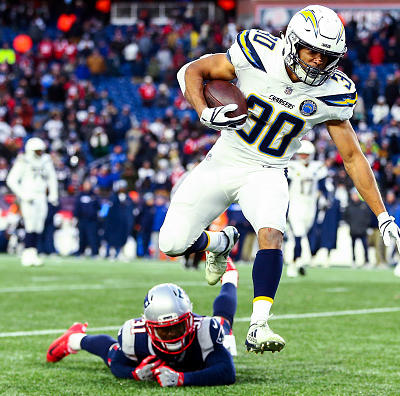 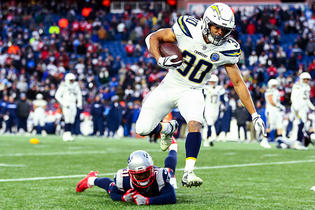