Using the Playbook and all the NFL tools here on Fantasy Alarm, Howard Bender builds some example cash and GPP lineups for Sunday's DFS main slate. 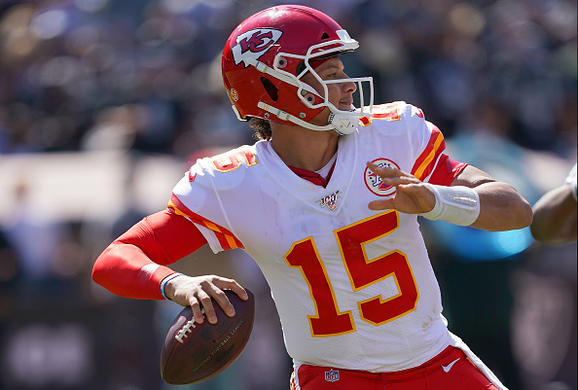 Welcome to the DFS Example Lineups for NFL Week 6!

Adam Schefter is reporting that there is "growing concern" that 49ers TE George Kittle (groin) may not be able to finish the game Sunday.

Chiefs WR Tyreek Hill has "a serious chance" to play in Week 6 while Sammy Watkins is expected to be out, according to Adam Schefter.

Ravens WR Marquise Brown (ankle) is still uncertain to play in Week 6 against the Bengals.

Saints RB Alvin Kamara (ankle) is expected to play in Week 6 against the Jaguars.

Rams RB Todd Gurley (quad) has officially been ruled out which means RB Malcolm Brown will be a super-cheap option today and likely a lock for cash given the salary relief. If...

J. Williams - DB
NE
ESPN's Mike Reiss reports Patriots DB Joejuan Williams will be asked to become a "jack-of-all-trades" this season.
New England's second-round pick last year, Williams totaled 80 defensive snaps (including 62 out wide) behind Stephon Gilmore, Jason McCourty, Jonathan Jones, and J.C. Jackson. With all returning in 2020, the Patriots are obviously looking for Williams to fill some safety-type responsibilities alongside Devin McCourty, Patrick Chung, 2020 second-round pick Kyle Dugger and free-agent acquisition Adrian Phillips. Williams previously played safety in New England's 2019 preseason finale and has the size (6'3/212) to cover tight ends in the slot. Expect the 22-year-old to play both roles (among others) this year.
Added May 24 12:32 pm (EST)
Added May 24 12:32 pm (EST)