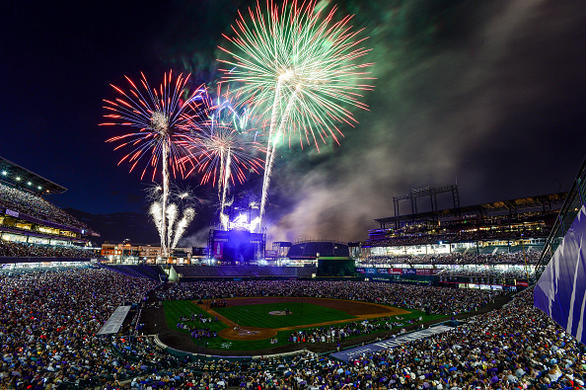 Zach Eflin , PHI – Not a fan of this match-up for the Phillies right-hander as the Braves are thumping righties to the tune of a .336 wOBA with a .197 ISO. They’ve also been strong on the bases and since Eflin pitches to a fair amount of contact (80.1% with a 1.25 WHIP), he could get distracted with runners on.

Mike Soroka , ATL – One of the better options on today’s slate. He’s thrown two quality starts in his last three outings with the one in between being a shortened outing as he was pulled after being hit on the forearm with a line drive. The strikeout rate has been a little low, but he minimizes the damage and it’s not like the Phillies have been lighting up the scoreboard much lately.

Brian McCann , C – cheap play behind the plate with strong numbers against righties this season. Just...

G. Lux - 2B
LA
Gavin Lux will start in Sunday's intrasquad game.
Lux missed the start of Dodgers' camp due to undisclosed reasons, but he reported on Friday and it shouldn't take him long to get up to speed. The 22-year-old projects to serve as the club's primary second baseman this season.
Added 1:47 pm (EST)
Added 1:47 pm (EST)

Y. Puig - RF
FA1
Mark Feinsand of MLB.com reports that the Orioles are interested in free agent outfielder Yasiel Puig and have made at least one offer.
It's only been a matter of time before Puig would land somewhere and we could think of worse situations. He'd surely enjoy the hitter-friendly confines in Baltimore and some of the other ballparks in the AL East. Puig, 29, is coming off a season where he batted .267/.327/.458 with 24 homers and 19 steals over 149 games. The Orioles project to be the worst team in the majors in this shortened season, but Puig would at least make them more interesting. Stay tuned.
Added 1:43 pm (EST)
Added 1:43 pm (EST)

M. Tanaka - SP
NYY
Masahiro Tanaka (concussion) played catch Saturday.
Tanaka was diagnosed with a mild concussion after being hit in the head by a line drive off the bat of Giancarlo Stanton last Sunday, but he's progressed with his activity throughout the course of the week. Time is running out for him to be ready for the start of the season, even if he's held back as the fifth starter, but the most important thing is that he seems to be feeling better.
Added 1:04 pm (EST)
Added 1:04 pm (EST)

S. Kingery - 2B
PHI
Scott Kingery (COVID-19) was cleared to rejoin the Phillies on Saturday.
Kingery was hit hard with coronavirus about a month ago, but he's completely recovered now and was able to produce the necessary two negative tests to join his teammates. He took batting practice on Saturday, but the Phillies will ease him into game action. Barring any setbacks, he still has time to get ramped up for the season.
Added 12:36 pm (EST)
Added 12:36 pm (EST)