As we head into the NFL Conference Championships and have just three games left, officially, Fantasy Alarm closes out its coverage for the 2017 fantasy football and DFS season. 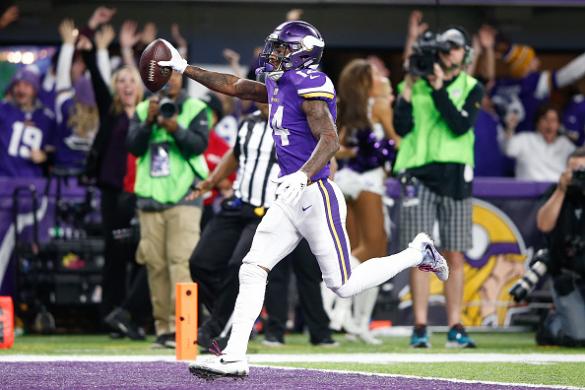 I'm not sure there's anything else to say as we sit here on Monday morning and look back on the Divisional Round of the NFL Playoffs. The majority of the world expected Tom Brady and the Patriots to roll over the Titans, but to have Blake Bortles, Nick Foles and Case Keenum as the three other quarterbacks headed to the Conference Championships just goes to show you how much of a mind-scramble this season was. From the loss of David Johnson in Week 1 to the rise and fall of Carson Wentz to Stefon Diggs' magical catch-and-run to vault the Minnesota Vikings into the NFC Championship, this season has truly been one for the ages.

We would like to take a moment to thank each and every one of you for helping to make the 2017 NFL season at Fantasy Alarm a memorable one. Based on your emails and tweets, FA Nation had an incredibly successful year both on the seasonal and daily side of the fantasy game. Many of you head into the offseason with championships in-hand, prizes won and, of course, bragging rights locked down. Your leaguemates have nothing on you right now and you'll be walking into your 2018 drafts with your heads held high. We look forward to helping you repeat.

On the DFS side, there was a whole lot to love. While our lineups routinely cashed, it was amazing to see just how many of you became stronger DFS players throughout the season. We've always preached that Fantasy Alarm is about teaching the process of being a better DFS player. We've never purported ourselves as lineup-sellers and continuously urged you take what we bring to you here and help make it your own. In the end, we saw moments like Bob Boris winning $500,000 on FanDuel and crediting the Fantasy Alarm DFS Playbook for his success. We saw real people winning real money, like Cheyanne Baily who worked diligently to be a better DFS player throughout the season and celebrated in early December as she and her husband won $1,400 just in time for the holidays. For us, this is what it's all about. When you win, we win.

With just the Conference Championships and Super Bowl remaining, we are officially closing out our NFL coverage for the 2017 season here at Fantasy Alarm. For a two-game slate this week, there is just no further need for our DFS coaches, the Watch List, or any of the other award-winning content this season. Please feel free to hit any of us up with questions you may have. We're obviously still here for you. But following the Super Bowl, we will shift into offseason mode. We will cover the NFL Draft and have a number of features to keep you posted on free agent movement, coaching changes, etc., and have you more than ready for the 2018 season which, let's face it, will be here before you know it.

Thank you so much for spending your football season with us here at Fantasy Alarm and we look forward to continuing this relationship with you as the NBA and NHL seasons move forward and we fly right into 2018 MLB. 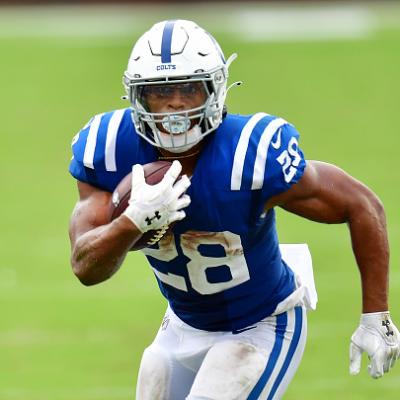 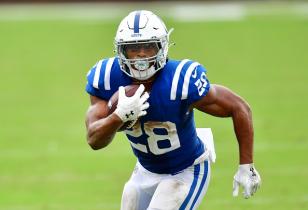 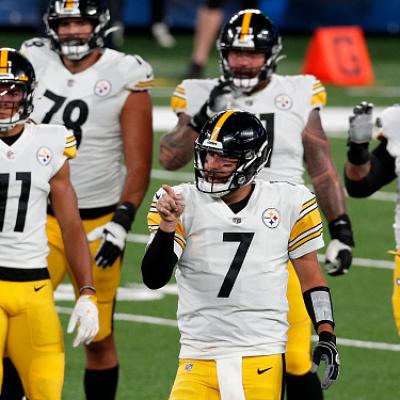 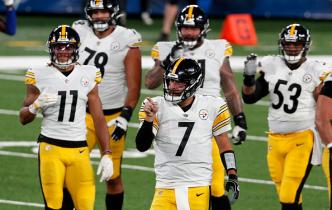 NFL Really? Lynn says Tyrod is the starter if healthy

G. Olsen - TE
SEA1
Greg Olsen was held without a catch in Week 2 against the Patriots.
He had one target after getting four last week. Olsen wasn't a factor despite Russell Wilson throwing five touchdowns. There should be better games ahead for Olsen, but he's a TD-dependent TE2.
Added 12:28 am (EST)
Added 12:28 am (EST)

T. Lockett - WR
SEA1
Tyler Lockett caught 7-of-8 targets for 67 yards and a touchdown in Week 2 against the Patriots.
Lockett's touchdown was a four-yard catch in traffic in the first quarter. He didn't do much after that despite DK Metcalf the one drawing Stephon Gilmore in coverage. Lockett is now up to 158 yards and he's had eight targets in both games this season. He'll be a WR2 for a Week 3 matchup with Dallas.
Added 12:25 am (EST)
Added 12:25 am (EST)

D. Metcalf - WR
SEA1
DK Metcalf caught 4-of-6 targets for 92 yards and a touchdown in Week 2 against the Patriots.
Metcalf had one of the plays of the game when he beat Stephon Gilmore deep for a 54-yard TD. He was a problem for Gilmore all night, leading Seattle in receiving despite going up against the reining Defensive Player of the Year. Metcalf is off to a hot start, going over 90 yards in both games with a pair of touchdowns. He gets a matchup with Dallas in Week 3.
Added 12:21 am (EST)
Added 12:21 am (EST)

N. Harry - WR
NE1
N'Keal Harry caught 8-of-12 targets for 72 yards in Week 2 against Seattle.
Harry had the most targets and his eight catches tied Julian Edelman. The Patriots got Harry most of his looks on short routes, with his longest catch going for 17 yards. Harry has been playing ahead of Edelman in two-wide sets and looks primed for a breakout after a lost rookie season. Harry will be in the flex mix for a Week 3 matchup with the Raiders.
Added 12:15 am (EST)
Added 12:15 am (EST)

J. Edelman - WR
NE1
Julian Edelman caught 8-of-11 targets for 179 yards in Week 2 against Seattle.
The receiving yards were a career high. Edelman got open deep for a 49-yard catch but was tackled just short of the goal-line. The Patriots have only one passing touchdown through two weeks, but this was a step forward for Edelman after he was held to 57 scoreless yards in the opener. With Cam Newton showing well on Sunday night, Edelman is looking like a high-end WR3.
Added 12:10 am (EST)
Added 12:10 am (EST)

R. Burkhead - RB
NE1
Rex Burkhead rushed six times for two yards and caught 4-of-6 targets for 47 yards in Week 2 against Seattle.
Burkhead was the primary passing down back with James White inactive. His 10 touches were three more than he saw last week and Burkhead got most of his production on a 19-yard catch. Burkhead won't be on the fantasy radar if White returns in Week 3.
Added 12:08 am (EST)
Added 12:08 am (EST)

S. Michel - RB
NE1
Sony Michel had seven carries for 19 yards in Week 2 against Seattle.
Michel got nothing going against Seattle in the first half. He was a non-factor with the Patriots abandoning the run after that and lost red-zone work to Cam Newton. Michel has struggled through the first two games, averaging 2.9 YPC. He'll be a touchdown-dependent RB3 for a Week 3 matchup with the Raiders.
Added 12:02 am (EST)
Added 12:02 am (EST)

C. Hyde - RB
SEA1
Carlos Hyde rushed five times for 22 yards and caught two passes for 15 yards in Week 2 against the Patriots.
Hyde got a couple series to himself behind Chris Carson. He was effective on limited work but saw 13 fewer touches than Carson. Hyde has a low ceiling as a short-yardage complement that doesn't play in the red-zone. With Seattle going more pass heavy this year, Hyde doesn't have much standalone value.
Added Yesterday 11:59 pm (EST)
Added Yesterday 11:59 pm (EST)