Fantasy baseball owners tend to overreact to hot and cold starts despite being told to wait for a greater sample size. Howard Bender explains why you need to understand the concept. 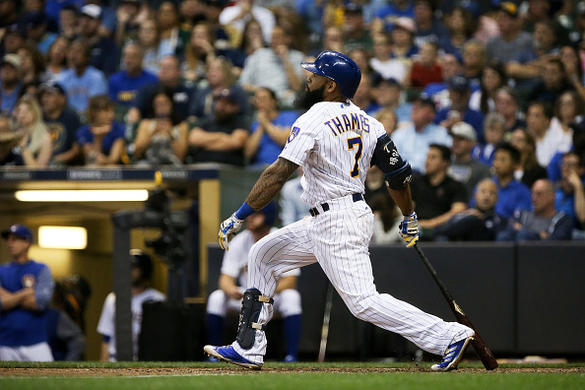 I’m going to take a page out of the Colton & The Wolfman playbook here and start you off with one of my favorite movie scenes of all time. If you’ve seen Coming to America, then sit back and enjoy. If you haven’t, well you better get to NetFlixing here and grab a comedic education (if foul language offends you, cover your tiny, little baby ears or just don't watch this clip).

Now how does this relate to fantasy baseball? Because every time you ask a fantasy expert about a hot or cold start in April, they come back to you with the phrase, “sample size” just as fast as a white guy mentions Rocky Marciano. It’s a knee-jerk reaction.

You: “Hey Howard, what do you think of Marcell Ozuna hitting just .182 here on April 15th?”

Me: “Not much. Look at the sample size. Dude’s had 42 plate appearances. You gotta give him some time.”

You can insert any player’s name and any statistic you want, good or bad, and you’ll probably get the same answer, at least up until about mid-May. You may think it’s a cop-out, especially if you’ve got a guy surging like Eric Thames last year, but it’s true. You need to give players a relatively longer look before you make assessments. You can get excited about a hot start or kick rocks over a cold one, but making any add/drop or trade decisions at this time is extremely dangerous.

Player A is batting just .205 with no home runs through the first two weeks of the season. The rest of your team is doing fairly well and you see Player B on waivers batting .385 with four dingers. You drop Player A, add Player B and watch as the calendar flips to May. Player A is now batting .240 with two home runs and Player B is batting .285 and stuck on the same four he had when you added him. Whoops.

How many of you have made this swap? Don’t be embarrassed. Raise your hand. We’ve all been guilty of this. Yes, even people who work in this industry. It’s a novice mistake and everyone learns the hard way. It’s why today we include Draft Guide articles like Patience is Your Best Friend.

And this is why we immediately come back at your questions with the ol’ reliable “sample size” answer.

Think about it. If Player A crushes it for the first half of the season and comes out batting that same .205 to open the second half, your level of concern is minimal. First of all, his first-half stats mask just how bad that .205 looks and your immediate thought is, “well he raked for the first three months of the season, so he’ll snap out of it.” You’re willing to give him a pass because three months’ worth of stats tells you a better story than two weeks does.

Imagine if Aaron Judge opened last season the way he opened the second half. How many people would have dismissed him as a strikeout-prone failure and dropped him immediately? The guy bats .329 with 30 home runs in the first half and then proceeds to hit .230 in July and .185 in August. Did anyone even think about dropping him in August? Of course not. You have to understand there’s a ton of ebb and flow in this game and players need a certain number of plate appearances or innings pitched to find their center.

How many at-bats? How many innings? I hate to invoke the snowflake metaphor, but every player truly is unique and some click sooner than others. But if you’re looking for a good rule of thumb to keep you from jumping off the ledge every April, here you go:

NOTE: How to read the charts below. If the number listed is 60 that doesn’t mean 60 total plate appearances, that means 60 plate appearances in which that event ended (i.e. the 60 listed for strikeout rate means there needs to be 60 strikeouts in place before you can read too much into the result).

Again, these are rough estimates, not the gospel.

And if you do find yourself struggling with decisions as to what you should believe and what you shouldn’t, looking at past big-league seasons is a must. Let’s go back to what Eric Thames did to open the season last year, batting .345 with 11 homers through the month of April. It was fun to watch and certainly exciting if you owned him, but looking back at what he once did in the majors and minors, you had to be skeptical. Sure, he was raking in Korea, but ask anyone and they’ll tell you how hitter-friendly the KBO is in comparison to the U.S. or even Japan. Maybe something clicked for him overseas, but take a look at other Korean power-hitters and see what they’ve done on this side of the pond. Byung-Ho Park, anyone?

For veteran players, a guy with at least three years’ experience tends to give you a better idea as to who he really is as a player. You can look at career averages for BABIP, strikeout and walk rates and ISO to understand if he’s playing over his head or even under. Sure, you’ve got your exceptions here and there like Whit Merrifield and Tommy Pham, but overall, three-year averages (another article that will be coming out soon here in the Draft Guide), work as solid sample sizes. Rookies and second-year players obviously don’t have the track record you’d like, but with a full understanding of minor league totals should certainly help you figure some things out.

So the next time you get worked up about a hot start or someone comes looking to trade for your struggling superstar in the month of April, don’t get too upset when the response to your question from me is a simple two-word answer – sample size. 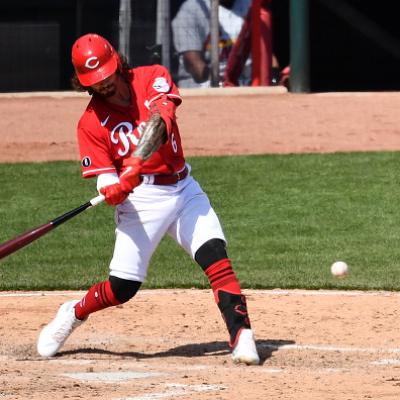 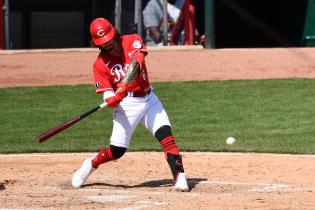 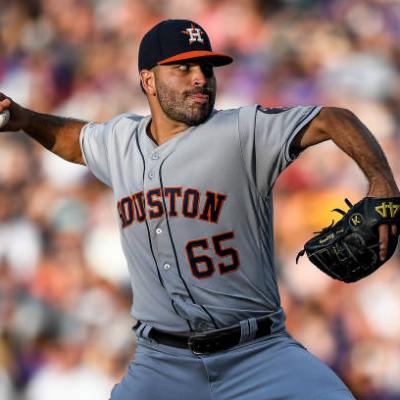 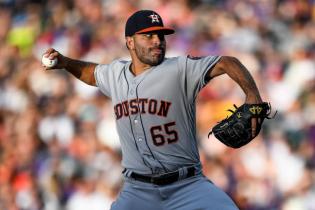 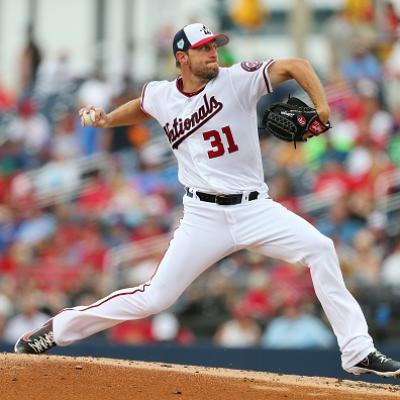 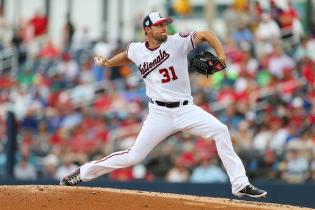 MLB Christian Yelich (back) still out of lineup Friday

D. Kremer - SP
BAL
The Orioles announced Friday that Dean Kremer will start on short rest on Saturday against the Rangers.
The 25-year-old right-hander started the second half of Tuesday's doubleheader against the Mariners, giving up four runs in three innings of work -- though he only threw 54 pitches in that one. Kremer owns an underwhelming 10.50 ERA, 2.33 WHIP and 8/5 K/BB ratio through six innings on the season.
Added 4:55 pm (EST)
Added 4:55 pm (EST)

J. Paxton - SP
SEA1
Mariners transferred LHP James Paxton to the 60-day injured list.
There hasn't been any change in Paxton's prognosis, this was merely done as a procedural move to free up a spot on the team's 40-man roster. The southpaw is set to undergo Tommy John surgery and will miss the remainder of the 2021 season.
Added 4:53 pm (EST)
Added 4:53 pm (EST)

E. Swanson - RP
SEA
Mariners optioned RHP Erik Swanson to their alternate training site.
Swanson was recalled on Monday to take the place of Anthony Misiewicz on the active roster, but with Misiewicz returning on Friday he'll head back to the alternate site. Swanson, 27, looked good in his lone appearance this season, striking out one and walking one over two scoreless innings. He'll get another opportunity with the big league club sooner rather than later.
Added 4:51 pm (EST)
Added 4:51 pm (EST)

A. Misiewicz - RP
SEA
Mariners activated LHP Anthony Misiewicz from the 10-day injured list.
Misiewicz was placed on the injured list on Monday for undisclosed reasons. The 26-year-old southpaw has yet to allow a run through 3 2/3 innings on the season, posting a 1.36 WHIP and 2/0 K/BB ratio. He'll continue to function in middle relief for the M's.
Added 4:46 pm (EST)
Added 4:46 pm (EST)

E. Santana - RP
KC
Royals manager Mike Matheny announced that Ervin Santana will start the second game of Saturday's doubleheader against the Blue Jays.
Mike Minor -- who was scheduled to start on Friday before the rain washed it out -- will start the first game on Saturday. That means that Brady Singer, who was expected to start on Saturday, is likely to pitch on Sunday, with Danny Duffy getting pushed back until Monday.
Added 4:42 pm (EST)
Added 4:42 pm (EST)

K. Kiermaier - CF
TB
Kevin Kiermaier (quad) is scheduled to take batting practice on the field prior to Friday's game against the Yankees.
Rays skipper Kevin Cash said that Kiermaier will then take at-bats in a simulated game on Saturday. They'll then evaluate where he's at. Barring any setbacks, it sounds like he should be ready to rejoin the Rays active roster any day now.
Added 4:39 pm (EST)
Added 4:39 pm (EST)

C. Yelich - LF
MIL1
Christian Yelich (back) remained out of the Brewers starting lineup for Friday's game against the Pirates.
The superstar outfielder hasn't played since being pulled from Sunday's game due to tightness in his lower back. While he's still considered day-to-day, fantasy managers may want to explore alternative options for the weekend. Billy McKinney will start in left field and bat sixth for the Brewers against JT Brubaker and the Pirates on Friday night.
Added 4:12 pm (EST)
Added 4:12 pm (EST)