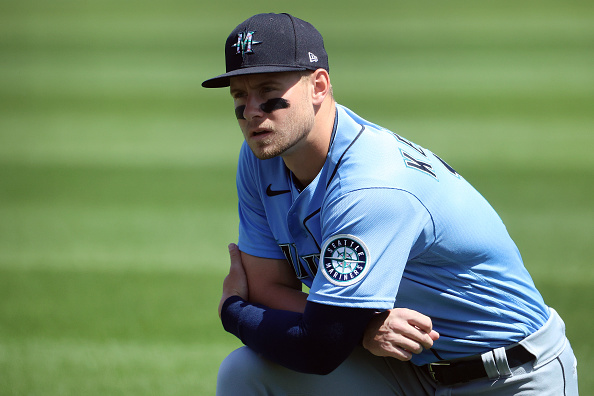 Anyone happen to check out my latest fantasy baseball article in the New York Post? If you did, then you know exactly where Kicking Rocks is going this week. If not, allow me to introduce myself… 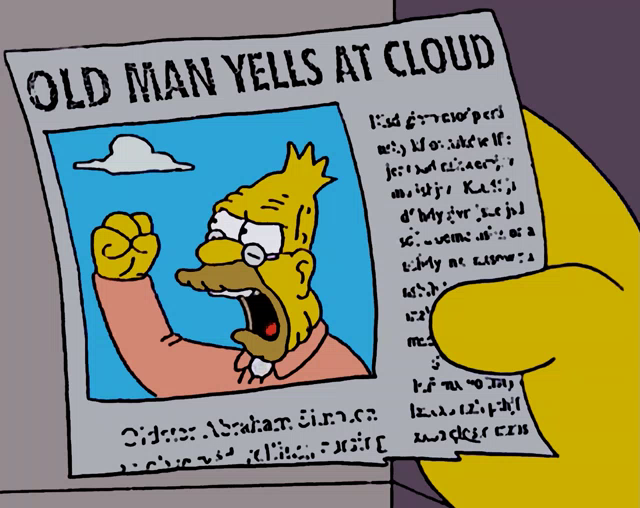 Yup. That’s me – the old guy shaking his fist and yelling at a cloud.

While I would like to think that someone, somewhere at MLB headquarters scours through articles written by the fantasy baseball community, with the hope of maybe learning something about how their game is perceived by the public, I’m pretty sure my Abe Simpson-like rants are falling on deaf ears. It doesn’t mean I’m going to stay quiet though, as the issues fantasy players have with rookie call-ups year-in and year-out accurately represent what is wrong with baseball right now.

Basically, the way the system works right now, if a player is drafted by an MLB team, they receive a signing bonus that is pre-determined by draft slot and the team’s allotted bonus pool which is based on the number and location of their draft picks. The players sign a minor league deal which states that if they aren’t brought up to the majors after five years, they become free agents and can sign with anyone.

If the player is called up, they sign their rookie contract which is usually six or seven years in length. During the first three to four years, the pre-arbitration years, the player gets his agreed-upon salary which is usually near the league minimum. Again, his signing bonus is where the bulk of his up-front money comes from.

The next three to four years are the player’s arbitration years where, each season, the player’s new salary is negotiated. This is where we see teams negotiating long-term deals to buy out arbitration years, because the process sucks. The player writes down his desired salary and the team writes down what they want to pay him. If they can’t come to an agreement, then the arbitrator makes a ruling. It’s not a fun process.

Here’s where it gets all messed up. A team can keep a player in the minors for close to, but no more than, five years, bring them up and then still get another three to four years at a minimum salary. Eight to nine years? Very team/owner-friendly, especially for those cheap bastards like Bob Nutting, John Sherman, Stuart Sternberg and whomever is really running the show in Seattle. This is why you see players like Jarred Kelenic and Bobby Witt Jr. twiddling their thumbs in the minors. The quicker you bring them up, the less time you have with them before they become big-league free agents.

Now, I get the whole small-market cry. They bring up a prospect at 20 years old and by the time he hits his physical prime at 26 or 27, you’re either paying him 10 times (maybe 20, maybe 30) what you were paying before or you’re watching him sign with another team who has more money to spend. If you wait a few years to bring him up, you’ve not only developed him, but can get a piece of those prime years for your major-league roster.

The problem, however, is that these rules are skewed so heavily in favor of the team that the owners are taking advantage of the players, treating them like slave labor and then lining their own pockets because they’re not paying out as much in salary as the bigger-market teams. They don’t care if their team is in last place with no hope of sniffing a playoff spot for another 10 years, so long as they’re making their millions. And we haven’t even discussed what these small-market clowns are also getting in revenue sharing each year. The system sucks and it needs to be changed.

So, why the tirade here? What does all of this have to do with fantasy baseball? It’s really quite simple, actually and can be summed up by something I said in my article in the Post:

“The offensive failures we are currently witnessing around MLB are of epic proportions. Strikeouts are up, home runs are down and stars like Eugenio Suárez , Kyle Tucker and Michael Conforto are all batting under .200 for the season. The league warned us that alterations to the baseball would deaden power, but this is ridiculous. Couple that with the rash of injuries around the league, and fantasy baseball owners are clamoring for help.”

“As a fantasy owner, wouldn’t you rather see Drew Waters over Guillermo Heredia in the Braves’ outfield? Why must we endure a .212-hitting José Marmolejos in Seattle when we know Jarred Kelenic is ready? Where is Bobby Witt Jr.? Wander Franco ? Instead, we have struggling D-list players littering major league rosters, and MLB can’t figure out why they’re losing fans and hemorrhaging money.”

We need quality players in fantasy. We need players who are capable of playing the game the way it was intended. We need quality arms and quality bats. No, not everyone is going to be a superstar, but have you even looked at what the Pittsburgh Pirates are rolling out onto the field every day? It’s embarrassing. And if that’s the player pool you have to use when Juan Soto or George Springer gets hurt, we’re in trouble.

I’m not saying we do away with the minor leagues. They are necessary for many players to hone their craft. But when you see an emerging superstar like Kelenic or Witt or Julio Rodríguez, wouldn’t it be nice to see him get a legitimate shot to prove himself against big-league competition? If he fails, he goes back to the minors, but if he doesn’t, then you have him competing at the highest level. The problem with the way things are right now, owners aren’t even giving the kids a fair shot because of service time. They want to save money by not starting the arbitration clock too early.

I wish I had a full solution all mapped out here. Maybe it’s not allowing kids to be drafted out of high school. Maybe it’s lowering the time frame for when a minor leaguer needs to be called up before he hits free agency. Maybe it’s altering the structure of the rookie contract. Maybe it’s a combination of everything mentioned. I don’t know. But the bottom line is that things cannot stay the way they are right now. Owners who are lining their own pockets at the expense of the on-field product should be stopped by the league, not rewarded.