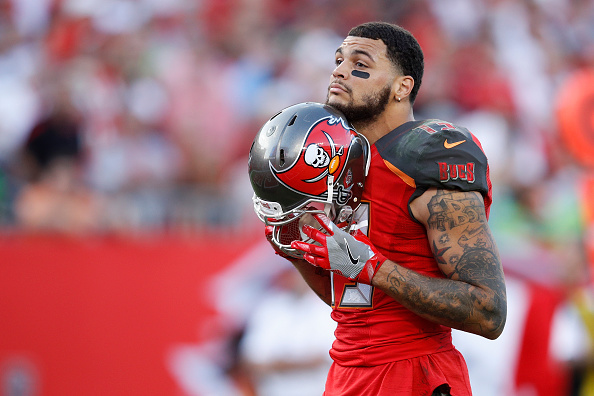 Oh, the dreaded fantasy football “Bust”. That player with seemingly so much upside heading into the season that most ignore the potential stumbling blocks and take the ultra-skilled stud within the first round or two of fantasy drafts anyway. It’s often difficult to argue against the early selection, as these players are oozing with talent and athleticism. Most have even proven themselves with impressively productive seasons in the past. 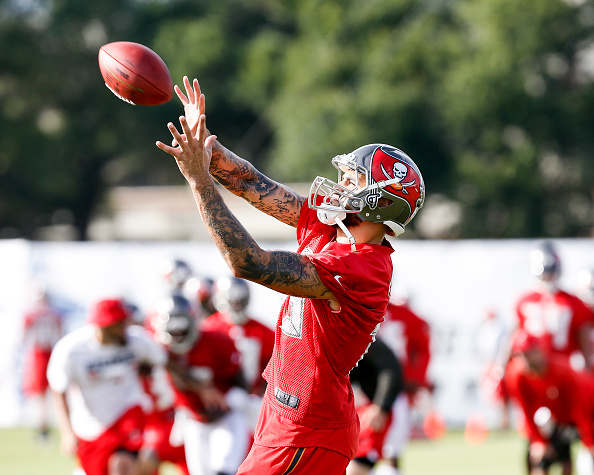 The issues tend to arise when folks fail to realize, or simply refuse to accept, that the situation for these players, as is the case with Tampa Bay go-to guy Mike Evans, has changed. Those changes may be good for their respective NFL teams, but could well turn out to be problematic for fantasy owners. The idea here is not that Evans will fail to deliver valuable stats for those that draft him. There is just a significant risk that his production may not end up being commensurate with his current draft stock.

There is absolutely no denying that Evans combines an imposing physical stature with exceptional skills. He turned in a terrific 2016 season overall and has gone north of 1,000 receiving yards in each of his first three NFL campaigns. All that said, he has still yet to show the level of consistency needed to firmly solidify status as a surefire first-rounder in standard-depth formats, especially for the more conservative drafters out there.

Evans has caught a mere 53.7 percent of his career targets and his 18 drops since the start of the 2015 season tie him with Brandon Marshall (NYG) for most in the league over that span. In addition, his aforementioned 2016 performance, which saw him haul in 96 passes for 1,321 yards and 12 touchdowns, was completely unbalanced when comparing the first half of the season to the second.

One glimpse at the table above reveals an across-the-board regression in production, beginning with a fairly dramatic decrease in targets (31%) which was largely due to the Buccaneers shifting their offensive scheme to a more run-focused approach while becoming less predictable with their reliance on Evans.

What were the results of that change in mentality for Coach Dirk Koetter’s squad? The Buccs, who were 3-5 at the halfway point, rolled off five straight wins and 6-of-8 to finish the season at 9-7, missing the playoffs on a tiebreak scenario. Most NFL coaches that find longevity in their professions typically do not do so by altering the ingredients of success.

Another aspect of Evans’ environment that has changed is the personnel surrounding him. The Buccaneers not only drafted tight end O.J. Howard out of Alabama with the 19th overall pick in this year’s NFL Draft, but they also signed veteran speedster DeSean Jackson as a $30M+ free agent this offseason.

Some analysts out there are of the mindset that Jackson’s presence in the passing attack will help keep opposing secondaries honest as it pertains to defending Evans. There is certainly some validity to that theory, but rest assured, D-Jax was not brought in to simply streak down the field and draw the attention of a defender or two. He will get plenty of looks of his own from quarterback Jameis Winston. In other words, do not count on Evans seeing anything close to the league-leading 173 targets hurled his way last season.

The fact is that Evans now resides in a much more crowded situation on an offense that finished tied for seventh in total rushing attempts and ninth in rushing play percentage in 2016. He should be able to put together another nice season, but a Top-5 performance among the deep pool of wide receivers out there seems unlikely at best this year. The bust potential for Evans is simply too great to justify his current Mock Draft Army ADP of 9.39 overall / WR #4. He is indeed a frontrunner among “Bust” candidates.