Nate Miller breaks down the MLB schedule for Week 20 and highlights games played, home/road action and the starting pitchers to keep an eye on over the next seven days of the fantasy baseball season. 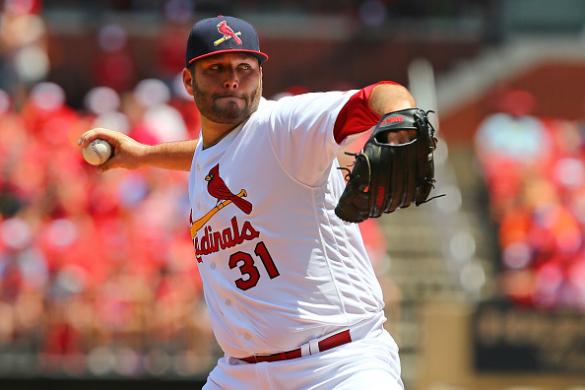 It’s virtually impossible to see some things coming, but by pre-planning for each and every week of the Fantasy Baseball season, you can often get a jump on the trends that are brewing around the league. Let’s take a look at how Week 20 of the MLB campaign is shaping up.

Right off the bat, there are three teams with short, five-game slates this week, as both clubs from Los Angeles along with the Brew Crew from Milwaukee will all receive two of the next seven days off. Exactly half of the league’s 30 teams have a seven-game load on the docket.

Of those 15 teams, the N.L. Wild Card-leading Rockies will hit the field at home in the thin-aired environment of Coors Field. According to ESPN’s Park Factors, Coors Field is well on its way to a sixth straight season of being the league’s top run-producing park. The Rockies, as is usually the case, have taken full advantage of the elements in Denver so far this season, putting up an impressive .864 team OPS while scoring nearly 6.2 runs per game. It is probably best to avoid any pitcher from the Braves or Brewers scheduled to battle the Rockies this week. Jimmy Nelson might be the exception on Friday evening, but the even he, at best, is risky coming off his worst outing of the season.

Stephen Strasburg (elbow), who has been on the DL since exiting a start in Arizona back on July 23 after just two innings, tossed 57 pitches in a simulated game this past Wednesday and expects to deliver as many as 75 during a rehab assignment for High-A Potomac on Monday night. If all continues to go well, the three-time All-Star could be set to return to a big-league mound in San Diego on Saturday.

Alex Cobb is having a solid bounce-back campaign for the Rays, but he currently sits on the DL dealing with turf toe. The issue is reportedly minor and not expected to hold him out more than one start. Cobb last appeared for the Rays back on August 5 and will likely return to the Rays rotation next weekend.

After surrendering seven runs (six earned) across six innings at Yankee Stadium back on July 31, Tigers righty Michael Fulmer was placed on the DL due to elbow inflammation. The 2016 A.L. Rookie of the Year emerged from a bullpen session this past Friday feeling confident that he will return to the Detroit rotation Monday night in Texas.

Cole Hamels has been nothing short of an “Ace” form since the calendar flipped to August. The veteran southpaw worked seven scoreless frames against the Astros this past Friday and has now gone 16.0 innings without allowing an earned run (one unearned) so far this month. Hamels did take a sharp smack to the knee on a grounder off the bat of Jose Altuve during the fourth inning of Friday’s outing and has reportedly been dealing with some soreness ever since. Monitor his status leading up to Wednesday’s scheduled matchup versus the Tigers, but roll with him if all looks good. On top of his recent performance, Hamels is 5-0 with a 2.66 ERA across seven home starts this season.

Similarly to Hamels, but obviously scarier, Lance Lynn took a 105 mph line drive off the right side of his head during the third inning of his start this past Thursday. Amazingly, Lynn reportedly demanded that Manager Mike Matheny allow him to remain in the game, after which the 6’5, 280 pound right-hander proceeded to finish off his seventh consecutive quality start. Over those past seven outings, Lynn has gone 4-0 while cruising to the tune of a 1.45 ERA and 1.08 WHIP across 43.1 innings.

Marco Estrada is a two-start pitcher for the week that has suddenly surged back up the rankings. After struggling mightily (9.52 ERA) during a nine-start stretch from June 1 to July 21, he has rebounded to turn in a terrific 2.08 ERA, 1.04 WHIP and 22-to-10 K/BB ratio across 26.0 innings over his last four appearances. Estrada has certainly earned his way back into fantasy relevance.