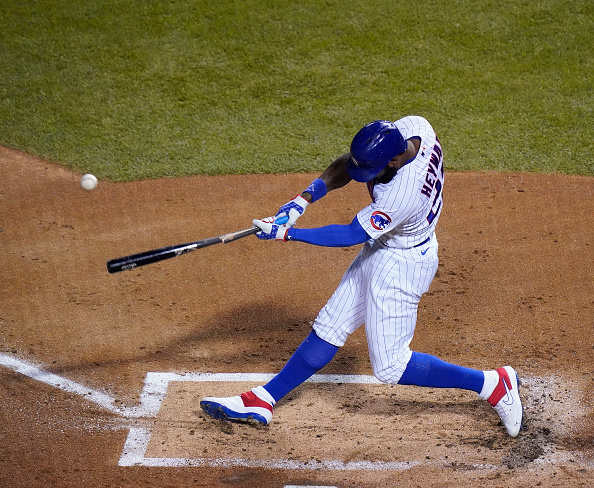 Welcome to the FINAL waiver wire article for the 2020 fantasy baseball season. There will not be a write-up over this coming weekend so this article will mostly feature a lot of streaming pitchers to target this over the last five days of the season, with a few bats to keep in mind as well. If you’re looking for a few extra offensive players, be sure to check out the waiver column from over the weekend. There are some good plays in that piece that might be mentioned again today, but definitely give that article a look as well because this will be heavy on pitching. If you made it to your championship, give yourself a pat on the back. I lost both my semifinal matchups on Sunday so I can’t join you in the festivities, but we’ll definitely look to close out the short season on a high note. Best of luck!

Jason Heyward (CHC – OF) I mentioned Heyward a couple weeks back and he cooled off, but I’m on board with him for the weekend close-out of the season. The Cubs have five games remaining (all on the road) and most of them are against right-handed pitching. Heyward’s splits indicate this could bode well for him as he’s hitting .327 on the year against RHP’s (.182 against lefties) and .333 on the road (.254 at home) so I’m fully on board with utilizing him in a few leagues, including points formats. The power hasn’t been on full display and for that you could also consider Ryan Braun who was mentioned over the weekend, but I think Heyward could really help some people out this weekend.

Tarik Skubal (DET – SP) Skubal got the start on Tuesday night in what wasn’t the greatest of appearances. He didn’t even last four innings against the Twins, but he did notch six strikeouts. He closes out the season with a road matchup against the Royals on Sunday and if you’re losing your matchup and need a Hail Mary, then he’s worth a stream. Remember to maximize points, strikeouts, wins, etc. you should be dropping SP’s that are out of starts. A lot of players will make their final start on Wednesday and if you’re a streamer looking to accumulate stats then you can start dropping your guys after today, this is a great strategy in points leagues. In Skubal’s last start against Kansas City he lasted six innings and recorded eight strikeouts.

Jared Walsh (LAA – 1B) I’ll keep this one brief because he’s made three straight waiver columns right now, but I’d feel bad if I didn’t mention one of the hottest players in the league right now. Since September 6th, Walsh is slashing .386/.413/.825 with seven home runs, 13 runs scored, and 21 RBI. He’s available in half of leagues so if you’re in the finals and he’s still floating around on waivers he should be added for the homestretch.

Stefan Crichton (ARI – RP) Crichton hasn’t earned a save since last Friday, nor has he made an appearance since then, so he’s due for some action as we close out the season. He has four saves in his last four appearances, and he hasn’t allowed a baserunner in his last five appearances. He doesn’t flash the most strikeout upside, but if you’re in a head-to-head categories league, Crichton can be added with a couple saves on tap this weekend.

Kris Bubic (KC – SP) I’m going to borrow this one from Ivar’s article from this past weekend. Bubic gets a nice start against the “free-swinging, low-scoring” Tigers this week. There is some risk with Bubic, but he can make it to the sixth inning. His numbers aren’t great but he’s been generating more strikeouts. He carries a 1-6 record, which indicates he just may not be getting a ton of run support. He has a 3.97 ERA with a 4.35 FIP. That’s not great by any means but you’re not finding Cy Young caliber pitchers on waivers. It’s still a good matchup to utilize Bubic.

Tony Gonsolin (LAD – SP) Gonsolin is actually available in about 40% of ESPN leagues so if he’s out there he’s definitely worth picking up for his start on Saturday against the Angels. He’s coming off a ten-strikeout performance across five innings against the Rockies and his ERA has raised a bit to 1.77 but even that is still a fantastic number. I am a little concerned they don’t let him pitch too deep in this game simply because the playoffs are around the corner. However, I think five innings are within reach which puts him in position for a win.

Nathan Eovaldi (BOS – SP) Eovaldi was actually mentioned in Sunday’s waiver column, although he wasn’t the featured member of his write-up. I was assuming he carried more ownership but he’s actually available in over 50% of ESPN leagues and he has a great matchup on Wednesday against the Orioles. Over his last three starts he’s worked 15 innings with 17 strikeouts, ten hits, and two walks allowed in that span. In his last start against Baltimore he lasted seven innings in a winning effort striking out six. The run support is in question, but Eovaldi is ending the season on a hot streak.

Spencer Turnbull (DET – SP) Turnbull is in play to stream on Friday against the Royals. He usually falls on polarizing ends of the spectrum of being pretty damn good for fantasy or a complete disaster. In two of his last four starts he’s allowed five earned run in each appearance, but in the other two starts he lasedt six innings allowing two or fewer runs. So he’s inconsistent, but we were aware of that. He still carries a 3.83 ERA with a 3.58 FIP. I’m not calling for regression since he has just one start left, but it’s a good matchup in Kansas City Friday night.

Taijuan Walker (TOR – SP) Walker has always been a guy that could never quite string together consistency and develop into a great pitcher. Which is a shame since he was once a pretty solid prospect. But in five starts with Toronto he’s found his footing although he’s been lucky. The numbers on paper look great with just four earned runs allowed in 23.1 innings. But he’s allowed three home runs in his last four starts and his 1.54 ERA is overshadowed by his 4.59 FIP and 5.23 xFIP. He’s also still allowing walks at an elevated rate so this isn’t necessarily a lock. He avoids the Yankees and will instead draw the Orioles on Friday at home to close out the season. His last start against the Orioles resulted in six scoreless innings, but he did allow four hits and three walks. He tends to dodge bullets and hopefully he can do that one more time to help you capture a championship.

Best of luck in your fantasy baseball championships this weekend!