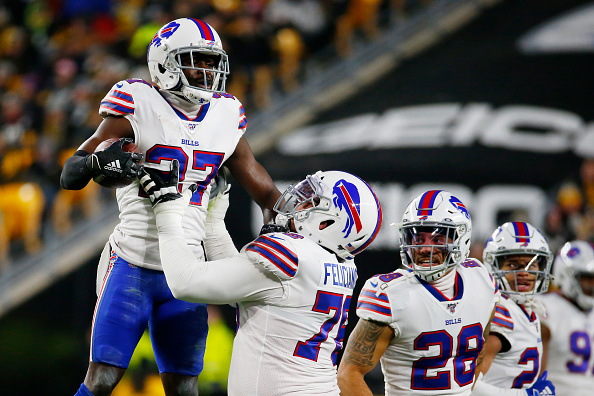 A strong secondary can change an opposing team’s offensive trajectory. You can take away a team’s best wide receiver, force them to run more, or get the flashy play and force some interceptions. If quarterback is the most important position in football, a solid case can be made that cornerback is the second-most important position. Interceptions and even Pick-6’s are sexy for fantasy football so check out the best secondaries in the NFL heading into the 2020 season.

Honorable Mentions: This list is going to annoy some people because it’s so AFC-heavy. To each their own. It’s not that I don’t like the 49ers or Saints. Hell, even the Packers forced 17 interceptions last season and I rode the 49ers D/ST to a couple fantasy football championships. I’m aware that they held opposing quarterbacks to under 200 passing yards per game, similar to some teams below, and they went all the way to the Super Bowl. If I expanded the list, I might rank them sixth. And while I love the talent for New Orleans, they were burned a bit last year through the air. They ranked 18th in passing yards allowed, but they should improve with a full season of Janoris Jenkins . 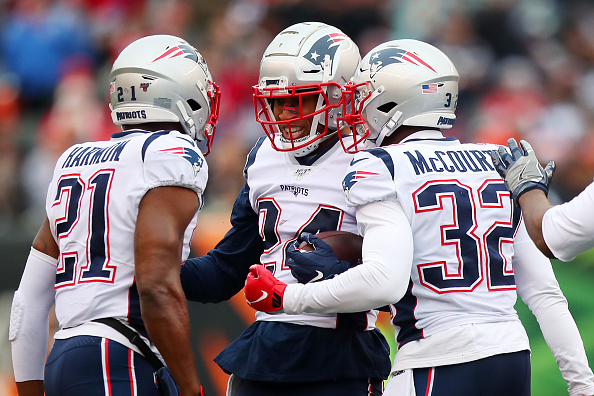 I understand the Patriots secondary was a phenomenal fantasy asset in 2019. They had 25 interceptions and if you’re averaging over 1.5 interceptions per game then you should probably be higher up on this list. However, a lot of attention has been given to the “softness” of their early-season schedule. Through their first eight games last year they had 19 interceptions. Over their last eight games they forced the remaining six. Stephon Gilmore has firmly asserted himself as potentially the best defensive back in the NFL, but age will catch up to the McCourty twins and Patrick Chung in due time. Once the season starts the latter three will all be 33 years old, hence why the Patriots went younger by drafting Kyle Dugger in the second round. They do have some nice depth though with Adrian Phillips coming over from the Chargers, and Jonathan Jones , JC Jackson, and Joejuan Williams round out the secondary quite well. Ranking them fifth might be a little low, but they’re due for some hefty regression.

The Bills are just very well-rounded on defense. And they made some solid acquisitions in the offseason after losing some key pieces too. Tre’Davious White emerged in 2019 and broke out as an absolute superstar a year ago and the Bills added Josh Norman to play opposite White. They seem pretty set at Safety with Micah Hyde and Jordan Poyer as well. Buffalo held opposing quarterbacks to under 200 passing yards per game and there’s no reason to think they can’t repeat that number in 2020. They may hail from a small market where their fans have a tendency to put themselves through tables, but this might be the best defense in fantasy football this year. A year from now I could have the Bills at the top of this list.

What a difference Minkah Fitzpatrick makes, am I right? Fitzpatrick was traded in just his second year in the league after claiming to be unhappy with his role in Miami. In his first game with the Steelers he picked off a pass from Jimmy Garoppolo and forced a fumble on Raheem Mostert . Prior to the addition of Fitzpatrick the Steelers allowed 641 passing yards from Tom Brady and Russell Wilson . For the remaining 14 games, they held opposing quarterbacks to 194.5 passing yards per game. Aside from Fitzpatrick they may not have the star power you find in other secondaries listed, but they were an absolute force to be reckoned with after their sloppy defensive start, and Joe Haden and Terrell Edmunds are a very good pair lining up at cornerback. Edmunds is quite possibly one of the more underrated defensive backs in the league and deserves more praise because he seems to fly under the radar. Pittsburgh ranked second in interceptions last season with 20. Is it too bold to say they could do better this season? 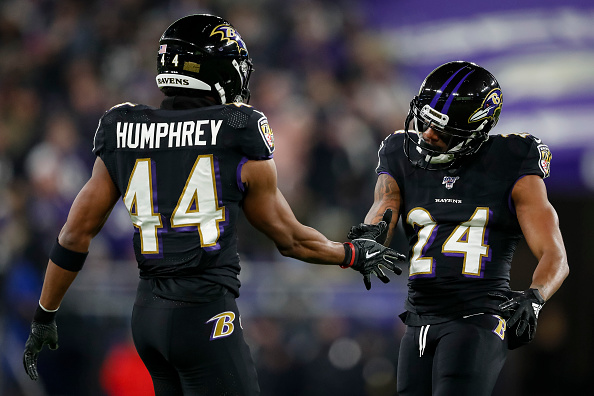 A solid argument can be made for the Ravens as the best secondary in the league, and you wouldn’t get many disagreements from me. Coming out of the 2019 season, the secondary was far from a weakness on defense for Baltimore. They acquired Marcus Peters from the Rams who looked like he went back in time a few years and performed like his earlier self with the Kansas City Chiefs. Marlon Humphrey was an absolute stud last season and you could also argue he was the best defensive back in the league as he made his first Pro Bowl and received first-team All-Pro honors. And we can’t forget about Jimmy Smith , and Earl Thomas , two solid and consistent anchors for the secondary. Plus, the Ravens are getting Tavon Young back after he missed the 2019 season. Baltimore addressed bigger needs on the defensive line and improved their linebacker core as well. Nobody will be too surprised if they finish the season as a Top 3 D/ST.

This shouldn’t come as a huge surprise. I’m enamored with the Chargers defense, specifically their secondary. The window for this secondary may only be for two years, but when you have the ability to flaunt Casey Hayward , Derwin James , and Chris Harris Jr. then opposing passing games could be in for a rough day. You get a sense that the acquisition of Harris in the offseason was a direct move to prepare and limit the passing game of Patrick Mahomes and the Kansas City Chiefs, their division rivals. It also helps when they can steal a big free agent from the Broncos as well. The Chargers will make it incredibly difficult for opponents to throw on them. Hayward, James, and Harris combine for 45 interceptions, seven Pro Bowls, and multiple All-Pro recognitions. The Chargers secondary will play a huge role in the fantasy production of this D/ST and it certainly helps that they’re also playing alongside Joey Bosa , Kenneth Murray, Linval Joseph , etc. I fully understand the Chargers secondary may not have the chemistry of some of the other D/ST’s. Harris hasn’t played a down for the Chargers yet and James only appeared in five games last year after being named All-Pro in his rookie year. But based on the talent and pedigree of this secondary I’ll consider this one of my more bold calls by putting them ahead of some proven groups.