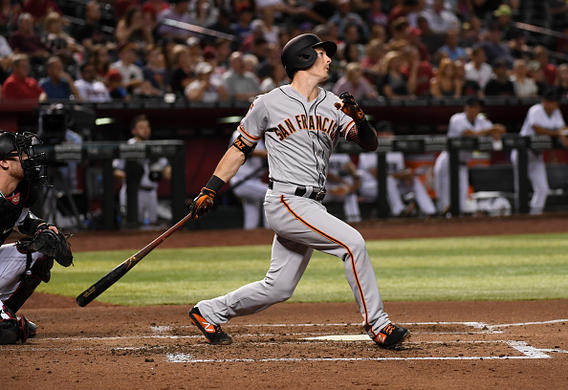 Jeff Samardzija SP SF; FAAB Bid: 8-10% - It’s hard to fully buy in to what the Shark has done lately. In nine starts since July 1st he’s 5-2 with six quality starts and a 2.09 ERA. Now he does have a 3.92 FIP and a 4.35 xFIP. That’s not terrible, but it does signal some mild regression on the horizon. The strikeout numbers are getting a little bit better and he has been better with the walk totals over the past couple starts. He gets a challenging road start next week against the Cubs, but he’s pitching very well and can be trusted over the next couple weeks heading into the fantasy playoffs.

Miguel Sanó 1B, 3B MIN; FAAB Bid: 10% - Sano’s quietly been on a nice little power surge of late. He hit back-to-back home runs on Wednesday and Thursday and so far has a pair of hits through just two innings of Saturday night’s game. He didn’t make his 2019 debut until mid-May but he’s still collected 22 home runs in just three months of action. He could be a disaster for your points league team since he touts an ugly 34.6% strikeout rate, but at least he’s on pace to set a new career high for home runs if he can stay healthy.

Emilio Pagán RP TB; FAAB Bid: 15-18% - Pagan made the Waiver Advice column on Wednesday and while his ownership spiked a little bit, he’s still fairly available in shallow leagues. Which is odd considering he’s the closer for a team in playoff contention. He has five saves this month and four since August 9th. He also helps immensely in ratio leagues since he has 72 strikeouts and 12 walks in 50.2 innings. Grab this guy immediately if you need help with saves.

Chris Bassitt SP OAK; FAAB Bid: 8-10% - Pitching can be hard to come by and Bassitt is currently available in about half of all Yahoo! leagues. While Bassitt does tend to give up the long ball (1.27 HR/9), he’s recorded a quality start in each of his last four starts and that includes Saturday’s outing against the vaunted Houston Astros. Bassitt’s next two matchups are projected to be against San Francisco and Kansas City. The quality starts should continue to roll on in.

Starlin Castro 2B, 3B MIA; FAAB Bid: 7-8% - He’s not the sexiest name on the list (Derek Jeter might disagree), but Castro has been pretty productive the past two weeks. Since August 3rd he’s hitting .352 with a .950 OPS entering Saturday. He has three home runs and 14 RBI in that span with five multi-hit games over the last ten days. He rarely walks so you’ll need all the production from him to come off his bat. He can provide some middle/corner infield depth for your roster.

Mike Yastrzemski OF SF; FAAB Bid: 7-8% - Little Yaz has been the talk of the fantasy community all day after a big three-home run performance on Friday night. He’s been a late bloomer as a professional. Keep in mind, he’s not exactly a rookie. He’ll turn 29 next Friday and he’s mostly been a minor league player for his career. But he’s received a tremendous opportunity with the Giants and he’s made the most of it. In just 70 games with the Giants entering Saturday night he has 16 home runs and 45 RBI. He has six home runs in his last seven games so he’s on a nice little tear right now and he’s been regularly hitting second in the batting order. He’s easily the trendy addition this weekend.

Cal Quantrill SP, RP SD; FAAB Bid: 5-7% - Quantrill may or may not be available in your deep league. He’s not a two-start pitcher this coming week, but he will be the week after. He’s always flirting with a quality start, but he struggles to get out of the sixth inning. He still has four wins in his last five appearances. He won’t blow you away with strikeouts, but he can definitely be started next week on the road in Cincinnati.

Ian Happ 2B, 3B, OF CHC; FAAB Bid: 5-6% We love to jump on hot bats in this piece and with Happ under 30% owned, he’s a hot bat you can get at a reasonable price in deeper leagues. Since August 4th, Happ has four home runs, ten RBI, and a 1.129 OPS. His track record isn’t great, but the Cubs are finding opportunities for him to get some starts and he’s making the most of them.

Mark Melancon /Jerry Blevins RP ATL; FAAB Bid: 1% - So to be completely clear, neither of these guys are worthy of getting the saves. Melancon got the save on Tuesday, but then had to be taken out the next night after allowing two earned runs. Shane Greene is likely to get the next opportunity for saves but he might only be available in shallower leagues. However, the trend this year has been how inconsistent and bad the Braves bullpen has been. Greene gave up two runs himself on Tuesday night so his job isn’t particularly safe. Blevins and Melancon are widely available and Melancon should be the preferred target in deep leagues if Greene struggles.