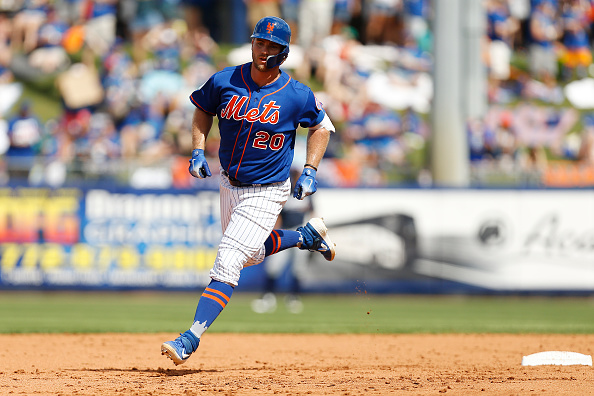 Welcome back to another edition of Spring Training Position Battles! It feels like yesterday when the first article dropped… Probably because it was just three days ago, but who’s complaining?! So this is going to be a weekly piece out every Monday and as mentioned in Friday’s article it’s still really early in the Spring Training process to know who is coming away with a specific job. It’s only March 4th after all. So this edition will shed some light on a few more position battles and if there are any updates to the ones released on Friday then we’ll touch on them. For example, take the Red Sox closer job; we likely won’t get to that for another week. Ryan Brasier and Matt Barnes haven’t even taken the mound yet so there’s nothing to report. Brasier’s dealing with a minor toe injury, but should be ready by opening day even though many view Barnes as the lock to win the job. If you don’t get an update this week on a particular battle, don’t panic. We’ve got a whole month to go through all position battles.

New York Mets First Base (Todd Frazier vs. Peter Alonso) – Ideally the Mets would give Alonso the job. However, remember that sticky situation the Cubs got into with Kris Bryant when calling him up? Well it’s a similar scenario the Mets are in with Alonso. They’ll likely keep him down in the minors for the first two-to-three weeks of the season to gain another year of control over him. It’s a smart ploy and it’s best for the team. However, that doesn’t mean that Alonso shouldn’t get the job as he has the making of a truly productive power hitter. In six spring training games Alonso already has five hits including a double and a home run so the power has been on display early. Frazier disappointed in his first season with the Mets with an OPS of just .693 and 18 home runs in 115 games. Frazier likely wins the job out of the gate, but if he struggles there’s more motivation to bring up Alonso toward the end of April. Frazier hasn’t made an appearance yet as he’s rehabbing from an oblique injury.

Chicago White Sox Closer (Álex Colomé vs. Kelvin Herrera ) – This position battle may already be over before it even gets started. Herrera’s been trying to recover from offseason foot surgery and he recently cast his status for opening day in doubt. Plus he was roughed up by the Cubs in his last spring training outing by giving up two earned runs in two-thirds of an inning. Colome tossed a scoreless inning not too long ago against the Mariners so he’ll likely break camp with the closer job if Herrera starts the year out on the injured list. It also wouldn’t be too surprising if the White Sox go with a committee, but time will tell over the next few weeks.

St. Louis Cardinals Right Field (Dexter Fowler vs. Jose Martinez ) – There isn’t a whole lot to report on, but we can at least provide some numbers so far. As it stands, Fowler’s been getting most of the starts in right field, but Martinez has made appearances in both left and right field as well as DH (yes in spring training, NL teams utilize a DH). In a perfect world the National League would just adopt the DH and Martinez would have a definite position. Unfortunately St. Louis almost has to go with Fowler to start the year because of his contract. If they’re going to pay him $14.5 million this year they may as well start him. Neither has looked great at the plate so far. In small sample sizes Martinez currently has two hits while Fowler has one.

St. Louis Cardinals Closer (Andrew Miller vs. Jordan Hicks ) – Miller made his spring training debut for the Cardinals a few days ago and got roughed up by the Houston Astros. He was only able to get two outs while surrendering three earned runs on two hits and a walk. It was not the outing he wanted, but it’s very early in March and injuries did plague his 2018 season. Hicks has a smooth scoreless inning under his belt so far and there’s a strong chance the Cardinals give him the closer’s job out of the gate given that he can light up the radar gun. But he had tremendous accuracy issues last year and if those carry over, Miller may find himself pitching in the ninth inning. 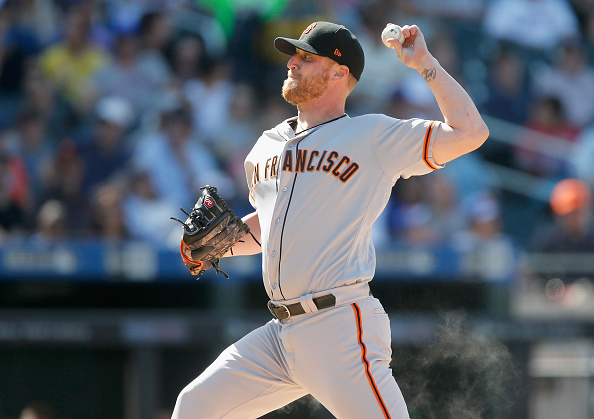 San Francisco Giants Closer (Will Smith vs. Mark Melancon ) – There isn’t too much to report here aside from their spring training appearances. Melancon might get treatment similar to Dexter Fowler where they give him the closer’s job because they’re paying him so much. Smith comes off as the better pitcher and he pitched a scoreless inning with a strikeout against the Rangers a few days ago. Melancon gave up an earned run in one inning of work off two hits, but he did record a strikeout against Cincinnati. The fact that Smith is also left-handed may force the Giants to keep him in a setup role so they can also utilize him in platoon advantages. This will be worth monitoring if Melancon struggles in spring training because we’d certainly prefer to see Smith in a closer role as unlikely as it may be though.

Colorado Rockies Second Base (Garrett Hampson vs. Ryan McMahon vs. Brendan Rodgers) – Hampson probably comes away with the starting job, but it’s worth mentioning given the hole left by D.J. LeMahieu. LeMahieu wasn’t a superstar player by any means, but when healthy he was capable of putting up 100 runs in a given season considering the bats around him as well as the ballpark he plays in. Across three levels last season Hampson totaled 84 runs and 38 steals across Double-A, Triple-A, and the big leagues. Not to mention he can contribute a solid batting average as well and he’s only 24 years old. Ryan McMahon showed solid power last spring, but that translated to just five home runs in 202 plate appearances in the majors last year. At Triple-A he contributed 11 dingers 242 appearances at the dish. He did well at Coors Field possessing an OPS over .900 at home last year. But he struggled horribly on the road which brought down his big leagues slash line to .232/.307/.376. Brendan Rodgers is a top prospect for the Rockies with plenty of power potential and he’s only 22 years old. He could be a mid-to-late season call up for Colorado, but it also wouldn’t surprise anyone if he debuted in 2020. It seems like a safe bet the job will go to Hampson.

New York Yankees First Base (Greg Bird vs. Luke Voit ) – Well there’s enough to report on with this battle because *sigh* Greg Bird ’s looked pretty good so far in February and early March. There’s still plenty of time for him to get hurt though so the Luke Voit truthers out there can hang their hats on that! In 11 plate appearances, Bird has six hits, three of which are doubles and one is a home run. Voit hasn’t looked awful either as he’s clubbed a home run himself. But do the Yankees want to keep going to Greg Bird ? He hasn’t proven he can stay healthy after his great run late in 2015. Sure, Luke Voit is two years older than Bird but Voit showed a lot of promise in this lineup and ballpark in 2018 after coming over from St. Louis. He seems like a good fit with the Yankees and should get the starting job.

Cincinnati Reds Outfield is STILL CROWDED (Matt Kemp , Yasiel Puig , Jesse Winker , Scott Schebler , and Nick Senzel) – Yeah this one is still pretty convoluted unfortunately with little clarity. Reds manager David Bell seems committed to keeping Winker in the lineup after Winker put in the time this offseason at the Reds’ spring training complex. Winker has two home runs so far this spring so his spot in the lineup seems safe based on Bell’s recent comments. It’ll be difficult for Nick Senzel to crack the lineup behind Matt Kemp , Yasiel Puig , and Scott Schebler having more experience. Puig clubbed a home run a couple games ago against the Brewers and has looked decent so far as have Schebler and Kemp. This is one of the more notable position battles to keep an eye on.

San Diego Padres Outfield (Wil Myers , Franchy Cordero , Travis Jankowski , Manuel Margot , Hunter Renfroe , and Franmil Reyes ) – The only one who seems like a safe bet is Myers in left field because of his power. It would be nice if the Padres could give one of the other starting jobs to Reyes after they saw him club 16 home runs in 285 plate appearances last year. If he could get a full season’s workload he could be a 30-home run player. Does he strike out a little too much? Yes, and he doesn’t walk enough, but at 23 years old he can work on becoming a more patient hitter. But Manuel Margot and Hunter Renfroe are also in the mix for a starting job as well. Margot doesn’t offer much upside in any offensive category outside of steals. He doesn’t have much power and he’s a decent defender. They may opt to go with Renfroe over Margot because of Renfroe’s raw power. He only hit .248 in 2018, but he touted a .504 slugging percentage to go with a .256 isolated power index. His 26 home runs in 441 plate appearances are pretty damn impressive. He, like Reyes, strikes out too much and doesn’t walk enough and he’s already 27 years old so you have to wonder if that kind of plate discipline is here to stay.

Atlanta Braves Closer (A.J. Minter vs. Arodys Vizcaíno ) – This job does look like it inevitably goes to Vizcaino. Minter was recently shut down with shoulder soreness so he’s not even throwing right now and Vizcaino does have 30 saves for the Braves over the last two seasons. If the Braves go out and bring back Craig Kimbrel then there’s no question who the closer will be. But Kimbrel is looking for big money and teams are hesitant to give it to him. For now it looks like the job will be Vizcaino’s especially if Minter remains shelved.

Milwaukee Brewers Infield (Mike Moustakas , Travis Shaw , Tyler Saladino , Hernán Pérez , Cory Spangenberg , and Orlando Arcia ) – The infield is beyond crowded for Milwaukee since they opted to bring back Mike Moustakas on a one-year deal. The odd men out will likely be Saladino, Perez, and Spangenberg. Orlando Arcia will likely start at shortstop with Shaw at third base and Moustakas playing second base. This is where it gets a bit messy because Moose has always played third base so second base could be a difficult transition for him. If he does struggle then Perez and Saladino have a shot at getting playing time. Keep an eye on this one because Moustakas is a fantasy-relevant player and if he can’t adjust defensively at second base then his playing time and plate appearances are in jeopardy.