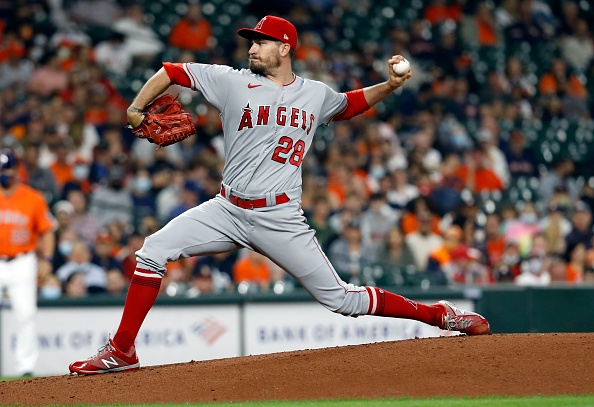 Carson Kelly (ARI); FAAB Bid 7-8% Back to the well with Kelly ahead of next week’s action. If you ever see me enter a player in back-to-back articles just treat that player as a must add. All five of his home runs on the season have come since April 13th, and he’s walking more than he’s striking out. The ownership is spiking so it’s time to add him. Catchers are tricky in fantasy. I’m of the mindset to strike while the iron is hot and be aggressive on waivers with catchers. His Statcast profile is wildly impressive and yes it’ll regress to a mean. But his plate discipline has vastly improved and it looks like he’ll get plenty of starts behind the dish.

Alex Kirilloff (MIN); FAAB Bid 4-5% With Miguel Sanó hitting the IL, the Twins made the move to bring up one of their top prospects in Kirilloff. The rookie will likely make a few starts at first base over the next couple weeks or for as long as Sano is out. He’s a very intriguing add off waivers especially if you like to take risks on rookies. The ballpark is very hitter friendly especially as it warms up in Minneapolis and he has 20-25 home run upside. Fangraphs gave him a speed grade of 30 (that’s not good) so don’t expect a ton of steals from him. But if he makes the most of this opportunity he could stick around.

Adolis García (TEX); FAAB Bid 3-4% I had quite a few questions in the MLB Seasonal Chat regarding Adolis García on Saturday. They all boiled down to if he’s the real deal, and I don’t think so. But that doesn’t mean he can’t contribute to your fantasy team. His player profile on Fangraphs is strange. His minor league profile goes back to his Age 24 season and he played in Japan for a year before that. That being said, he’s 28 years old and on one hell of a run. He has four home runs since Monday and the Rangers are comfortable locking him into the heart of the order. He’s going to offer some power upside on a bad team so the playing time should be there. In 132 games at the minor league level in 2019 he hit 32 home runs with 14 stolen bases. He’s going to strike out a lot and offer minimal plate discipline, but if he’s swinging for the fences he has fantasy value.

Miguel Rojas (MIA); FAAB Bid 2-3% There are a few caveats here. First, if Jazz Chisholm is available, he’s easily the preferred add. Chisholm’s now hit leadoff in four straight games and he’s hitting well and stealing bases. Miguel Rojas is doing almost just as well. He had Saturday off, but like Chisholm, Rojas has been hitting closer to the top of the order lately. Sure, he’s 0-for-12 in his last three games, but he’s not striking out a lot. He doesn’t have the power upside Jazz has and his batting average won’t be as high, but he is available in deeper formats. He also has four stolen base attempts and he’s been successful on three of them. If he can stick in the top of the order the ownership will rise so hopefully the bat comes around cause he could be a cheap source for runs and stolen bases.

Andrew Heaney (LAA); FAAB Bid: 2-3% If you just take away his first start, he’s been a very good pitcher. In his last 17.2 innings of work he has 25 strikeouts and he’s allowed just five walks on seven hits and three earned runs allowed. He gets a pretty inviting matchup this week against Seattle so he’s very much in play. He’s likely only available in shallow leagues, but he’s a borderline must add in that format as a streamer that’s generating strikeouts.

Drew Smyly (ATL); FAAB Bid: 2-3% In this portion of the article we have a couple pitchers that we need to take a “wait and see” approach because they’re both taking the mound on Sunday. Smyly’s making his first start since coming off the IL and he’s always been an injury concern. However, he’s also been a good source of strikeouts as well. He’s averaging a strikeout per inning and a dance with the Diamondbacks on Sunday is a good way to get back into the swing of things. If all goes well then I’d say he’s in play later this week against the Cubs. However, he has been giving up hard contact as well and the Cubs have plenty of power in their lineup.

Taijuan Walker (NYM); FAAB Bid: 2% I’m curious to see what Taijuan Walker does today. In 14 innings of work this year he hasn’t allowed a home run, but he’s giving up walks at an absurd rate. He boasts a 12.21 K/9 early on in the season, but also a 7.07 BB/9. That’s truly terrible. But he’s not giving up a ton of hard contact and he’s rounding out his repertoire despite using his fastball nearly 60% of the time. He gets a start on Sunday against the Nationals. His velocity has dipped in his last two starts so if he can get the velocity up to where it was in his first start then I feel better about adding him for the upcoming week. If the velocity continues to drop and the free passes are still abundant, then we might need to lay off for now.

Ryan Weathers (SD); FAAB Bid: 1-2% I don’t have the highest expectations for Weathers. His high school numbers are absolutely hilarious to look at. His junior year he went 8-0 with a 0.11 ERA and 111 strikeouts in 49 innings. He followed that up in his senior year with an 11-0 record, a 0.09 ERA, and 148 strikeouts in 76 innings of work. It goes without saying he was the National Gatorade Player of the Year back in 2018. But he’s still pretty raw. He’s only 21 and while he’s done okay on the season, he’s going to regress from a 0.59 ERA with his FIP and xFIP both being over 3.00. He has a good mid-90’s fastball but for the most part, he’s just a two-pitch pitcher and I don’t really like that from starters. He has time to add to his repertoire though. He’s on a good team with a great offense behind him and he has a couple friendly matchups coming on the horizon. Again, I don’t expect him to be a savior for your team. But he can be helpful if he continues to minimize damage.

You’ll notice the sub-header for today isn’t “Closer Carousel” simply because I can only touch on Yimi García , Lou Trivino , César Valdez, Emmanuel Clase, etc. so often. By all means if you need saves and they’re available go get them. But for the sake of not sounding like a broken record I’ll throw a couple different names out there that carry some weight as relievers.

Alex Wood (SF); FAAB Bid: 3-6% He’s RP-eligible on ESPN and he’s 2-0 in his last two starts. Through a dozen innings of work so far he’s looked pretty solid with 11 strikeouts, just one walk, and four hits allowed. One of the hits was a solo home run, but it didn’t prove to be critical. He’s generating swinging strikes at a respectable 13.9% rate, he mixes in all three of his pitches, especially his above average curveball and he gets a home matchup this week against Colorado before heading to Coors the following week for a rematch. I wouldn’t give him the longest leash because we have a general sense of the kind of pitcher he is at this point in his career, but for now he’s proving to be reliable; small sample size though.

Blake Treinen (LAD); FAAB Bid: 3% This is a speculative add if he’s floating around on your waivers, but you have to assume Treinen’s in line for more holds and higher leverage work now that Corey Knebel is out a few months with an injury. According to Joe Gallina’s latest Bullpen Report, I’m willing to assume this bumps Treinen up a bit. Treinen will average over a strikeout per inning, but he has given up some walks as well. However, he already has seven holds on the season and we know the Dodgers won’t overwork Kenley Jansen in the ninth inning so there could be a few saves in Treinen’s future as well.

Tejay Antone (CIN); FAAB Bid: 2% Antone’s been a reliable source of strikeouts out of the bullpen and he can certainly aid ratio categories. So far he has 17 strikeouts in 10.2 innings of work and he’s no stranger to getting spot starts (as evidenced by his 2020 season). That would mean we’d have another SP/RP eligible pitcher. If needing saves then Lucas Sims is probably the pitcher you should be targeting out of this bullpen (if he’s available). But Antone does help out with holds, can pitch long relief, and has a shot at ending up in the rotation. It’s all speculative of course so don’t consider him a must add right now.

Taylor Widener (ARI); FAAB Bid: 1-2% Similar to Wood, Widener is SP/RP eligible across a couple different platforms and he’s made four starts so far in 2021. So it stands within reason he’s in the rotation for the time being. And until he’s removed he has value especially in points formats. I might prefer Wood over Widener for now based on the strikeout numbers. Widener did get tagged for three home runs in his last start, but he gets a matchup at home this week against Colorado and potentially a matchup in Miami next Thursday but that’s not official yet.