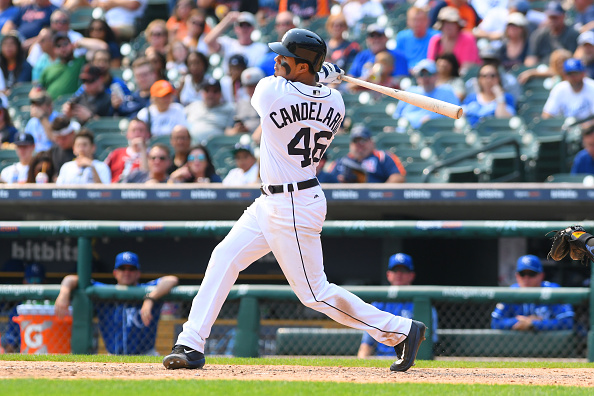 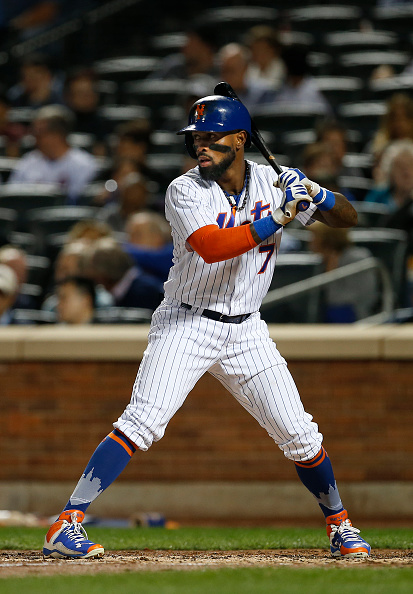 Jose Reyes (2B, SS, 3B – NYM): Over the past four weeks (dating back to August 26th) Reyes has eight multi-hit games with five home runs and a .333/.329/.567 slash line. On top of that he’s also stolen eight bases on ten attempts so he can help you in almost every aspect of the game. He has multi-position eligibility and he’s swinging a hot bat. Reyes should be owned to help your championship team.

Kyle Gibson (SP – MIN): The only concern with Gibson is that his last start of the regular season comes on the road against the Indians. Could the Indians rest some players? Maybe, but it’s not likely. But Gibson has been pitching pretty well in his own regard. Over his last seven starts he’s 6-0 with a 2.56 ERA. He’s still giving up about one HR every nine innings, but his strikeouts have been there also. His zero-K performance against the Royals a few weeks back bring his numbers down a little, but he’s been averaging almost a strikeout per inning during his streak.

Justin Bour (1B – MIA): If Matt Olson isn’t available in your 10-team league anymore well you missed out because he was mentioned plenty of times in this article. But Justin Bour should be available if you need help at 1B. Bour’s slashing .368/.419/.658 over his last ten games and he has a home run in each of his last three games. Strike while the iron is hot because Bour is finishing the season strong!

Jacoby Ellsbury (OF – NYY): Per usual there is always outfield depth, but if you need with batting average and steals Ellsbury is your guy. Since September 1st he is hitting .400 with a .514 OBP and five stolen bases. He doesn’t have any HR’s over that span, but he still has seven doubles and two triples. The most impressive part of all this? He’s done it all from the bottom of the order. That may signal that this is unsustainable, but they moved him back to the top of the order on Friday night and he may log more at-bats if they keep him there the rest of the season.

Blake Snell (SP – TB): After being considered a top prospect for the Rays for so long, Snell is finally breaking away from his inconsistent outings and stringing together some nice starts. Over his last six appearances he has a 2.21 ERA with a 2.96 FIP. He has a 3:1 K:BB over that span and he’s given up just two home runs, which came in his worst start of the six appearances on September 6th. Snell gets a road start against the Yankees and then a start at home against the Orioles who have been pretty bad offensively to finish the year.

Tim Anderson (SS – CWS): Anderson is probably available in ten-team leagues and there’s a really good shot he’s also available in your 12-team league. Since September 3rd Anderson is slashing .425/.440/.630 and he also has eight stolen bases over that span. He’s currently riding a 13-game winning streak with nine multi-hit games in the last three weeks. The White Sox offense has been one of the best offenses in baseball since the beginning of the month and Anderson is a big reason why.

Jeimer Candelario (3B - DET): Acquired in a trade earlier this season, Candelario is one of the Tigers best prospects and he’s lived up to that hype so far in his brief stint in the big leagues. Since September 3rd he’s slashing .373/.468/.567 and he has four multi-hit games in his last six starts. He’s displayed some nice plate discipline in his brief time with Detroit walking at a 15.2% rate while striking out in just 11.4% of his plate appearances. If you need help in your deeper leagues at 3B or CI, Candelario is a great candidate.

Daniel Mengden (SP – OAK): Going to piggyback off Grande’s recommendation of Mengden earlier this week because this guy also made the SP Streamers article. Over his last three starts Mengden has a 0.82 ERA in 22 innings of work. He’s not the greatest source for strikeouts; he has just 15 over said three starts, but he only has two walks. He gets two starts next weeks: at home against Seattle and then on the road against the Rangers. Both offenses are good, but if you need a SP in your deeper league finals, Mengden’s a solid option that can be found on waivers.

Austin Jackson (OF – CLE): Jackson won’t help out much with power and steals, but if you need help with batting average and hits, Jackson can help out there. Since August 27th he’s hitting .348 with 23 hits and he still has two home runs so there is some power potential. He’s scored 16 runs over that span with six multi-hit games.