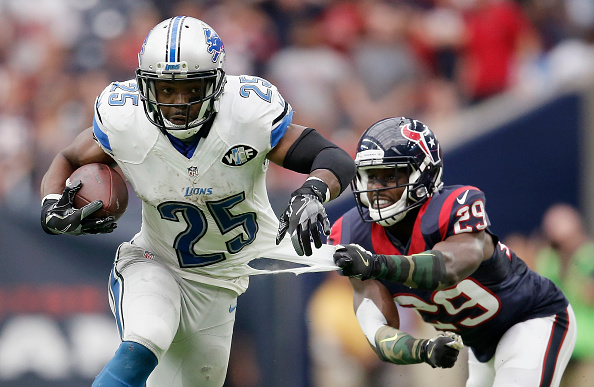 Zero-RB is a theory that gained traction the one year it worked the most: 2015. Injuries decimated studs taken in the early rounds that year and it opened the door for players like Danny Woodhead to finish as a Top 5 running back, and Tim Hightower to be a key piece on championship teams.

In brief, the Zero-RB Theory suggests that as a fantasy owner you should pass on a running back until the 4th-5th round. Any later than that and you’re really digging yourself a hole. With the emergence of Le’Veon Bell and David Johnson as elite pass-catching running backs, it’s hard to argue in favor of Zero-RB if you’re picking towards the top. Ezekiel Elliott is another RB that’ll likely go in the Top 6 of your draft (as long as he’s not suspended to start the year).

In rounds 2 and 3, depending on league size, you’ll find names like Melvin Gordon, Jordan Howard, Devonta Freeman, DeMarco Murray, Jay Ajayi, Lamar Miller, Todd Gurley, and Leonard Fournette. So if you grab a top-tier WR with your first pick, don’t stress over missing out on the Top 3 RB’s, you can find a decent RB1 in the next couple rounds.

IF you do go Zero-RB…

Don’t go past the 3rd round without taking a running back. Taking your first running back in the 3rd round isn’t necessarily committing to the Zero-RB mindset as it’s a bit too early according to the true definition, but looking at recent ADP reports, the 4th-5th rounds don’t exactly feature names you want for your top RB. Currently Adrian Peterson, Doug Martin, LeGarrette Blount, Ty Montgomery, Mike Gillislee, C.J. Anderson, Eddie Lacy, Dalvin Cook, and Ameer Abdullah can be had in this area. Do you really want any of those players as your top option at running back? Didn’t think so. Will one or two of those guys emerge and be a top option? It’s possible. But there’s always more depth in these middle rounds with receivers than backs, but it’s not wise to lean on one of these players as your top option at running back. (Read on to see which players are worth targeting as your RB2.)

In the 3rd Round… 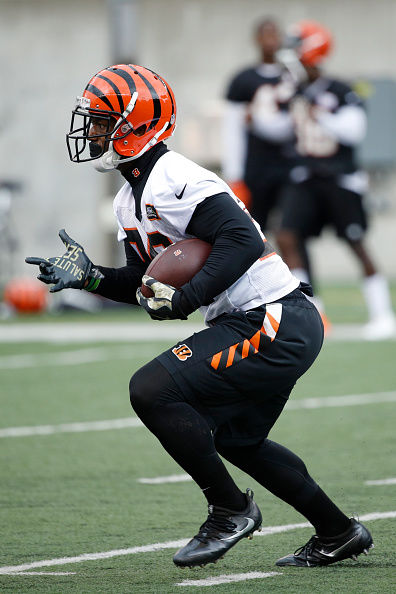 Target Joe Mixon. His ADP is rising and the secret is out. He could easily overtake the both Giovani Bernard and Jeremy Hill as the top guy in the backfield in Cincy. He’s got a big physical body and he’s a talented pass catcher out of the backfield. In PPR he could be a gem as a favorite target for Andy Dalton. Owners should feel comfortable taking Mixon in the 3rd round especially if they can grab two top-flight receivers in the first two rounds, or swap one of those WR’s out with Rob Gronkowski. However, drafting a team with Gronk and Mixon in the 2nd and 3rd rounds is very risky.

Considering they might boast one of the best offensive lines in the league, LeGarrette Blount is worth targeting at the end of round 4 or the beginning of round 5. He doesn’t get many targets, but he’s a big physical bruiser. He had nearly 300 rushing attempts last year for over 1,100 yards. The key for a standard league is to land players that get touchdowns. Yardage is nice, but you win standard leagues with guys that find the end zone and Blount scored 18 TD’s last year in New England. Regression candidate? Duh. But his current ADP and the potential for goal-line TD’s make him an intriguing Zero-RB option in standard leagues.

Blount’s replacement for the New England Patriots, Mike Gillislee, is another standard league target. Last year with the Bills, Gillislee had nearly one-third the rushing attempts that Blount had, but he had half the total yards that Blount did. Blount averaged 3.9 YPC, Gillislee averaged 5.7 YPC. Not bad for the guy who played second fiddle to LeSean McCoy. He also scored 8 touchdowns and was generally very efficient with his touches. Gillislee could also get a lot of garbage time touches if the Patriots build large leads against inferior teams and just want to run the clock out. His current ADP has him going early in Round 5. He’s a good RB2 right there.

If someone wants to go and grab Marshawn Lynch in the 3rd or 4th round, go ahead and let them. You can grab Jalen Richard in the 14th round. Richard had 491 rushing yards on 83 attempts last season. That’s 5.9 YPC. Part of Richard’s success is the offensive line that was blocking for him. Lynch is coming out of retirement, and the last time he played he had injuries and just didn’t look good. The potential upside of Richard in the later rounds outweighs the risk of Lynch early on.

Danny Woodhead is currently going in Round 8 of most mock drafts. With Kenneth Dixon suspended the first four games Woodhead has a chance to emerge as a PPR threat. Even once Dixon returns, it’s hard to imagine a scenario where the Ravens would go away from Woodhead in the passing game. With the departures of Steve Smith 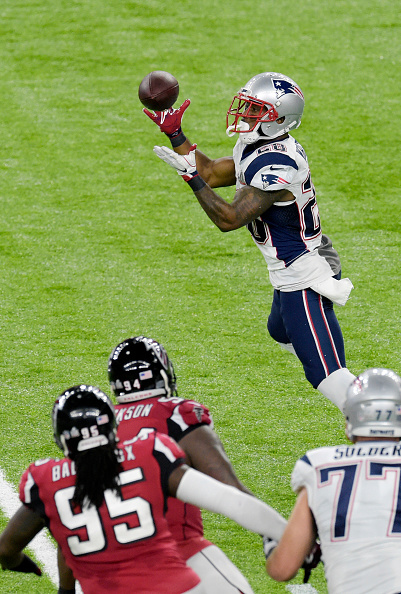 Sr., Kamar Aiken, Kyle Juszczyk and the injury to Dennis Pitta, there are over 300 targets available on offense. Woodhead, coming off an injury of his own, could be a favorite check-down option for Joe Flacco this year.

Theo Riddick is currently going in round 10 of most mock drafts. Like Woodhead, he’s also coming off a season shortened due to injuries. Riddick will still be just 26 years old in 2017 and he’s had at least 50 targets in each of the past 3 years. Unfortunately, he doesn’t get many opportunities to run the ball so he’s strictly only a pass-catching threat. If he can put together a nice training camp he’ll be worth reaching a round early in your PPR leagues.

James White and Dion Lewis are PPR darlings, but the bad news is they play for the New England Patriots. Both these guys make for tremendous DFS plays on a weekly basis, but they’re huge risks in season-long leagues. White has 100 total catches the last two season on 140 targets and he played a big role in the Patriots epic comeback in Super Bowl LI. Lewis seems to be able to do it all when he’s healthy. In two years he’s missed 18 games total. White is the better PPR running back, but New England is undefeated when Dion Lewis is healthy and playing. He’s a pretty unique change of pace RB for New England’s explosive offense.

C.J. Prosise is another player to target, but his ADP is currently a little too high. Round 11 is too risky for a player behind Eddie Lacy and Thomas Rawls on the depth chart. But for Zero-RB or even just as positional depth in general, Prosise has upside. The reason for the optimism for Prosise is that Seattle hasn’t invested in the offensive line. They could easily struggle to run the ball and Russell Wilson may need to quickly get rid of the ball often. Prosise brought in all but 1 of his 18 targets last season and showed flashed of brilliance when Seattle was committed to him. Staying healthy will be the key to his success in 2017.