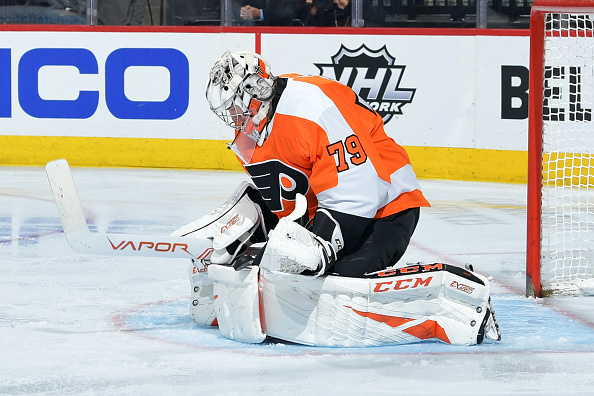 The NHL season is just a  few days away, which means NHL DFS is back! Building a lineup can be a challenge, but here at the Fantasy Alarm, our goal is to help you build smarter, winning lineups. Not every day is going to be a success, but by following some of these simple guidelines, you’ll be building better lineups in no time. Let’s dive right in!

When building your cash games lineups, it’s important to remember the following:

The goal in a 50/50 contest is simple: finish in the top half, and you double your money. Following the pack is sometimes the best route to take. You’ll want to target players who have a high floor-- meaning they won’t let you down by finishing the night with zero fantasy points. It’s not going to be easy to fit players like Connor McDavid or Nathan MacKinnon into your lineup when they are in action, but they provide a safe floor for DFS players

Picking a goalie can be a science all by itself. In cash games, it’s best to target a goalie that has a high chance of picking up the win. Depending on the site you’re playing on, a goalie win can rage from six points to 12 points. That can be the difference between a good night, and a poor one. Make sure to check Vegas odds to see which teams are favourites to win, and go with the goalie that fits into your lineup.

On DraftKings, a player can rack up fantasy points without ever hitting the scoresheet. The most common scoring bonuses for skaters are 5-plus shots (+3 points) and 3-plus blocked shots (+3 points). This adds extra value to defencemen who shoot the puck a lot, or are specialists at blocking them. These bonus points shouldn’t be forgotten when building your lineup.

Guaranteed prize pool-- or better known as GPP-- vary quite a bit. They can be large contests that allow you to enter multiple lineups, or they can be smaller ones that restrict you to only one lineup. They are a completely different beast from cash game lineups, so let’s remember the following:

There’s nothing wrong with stacking a full line or a full power play unit in cash games, but in GPPs, this is essential. You can select three players that play together on the same line in hopes that if one player scores, the two other players on that line will have the assists. It doesn’t always play out like that, but when it does hit, it will help shoot you up the leaderboard. Your stacks can be three players together on one line at five-on-five, or three to four players playing together on a power play unit. That part is up to you to decide.

This is specific to goalies and how you want to select yours. In cash games, we are looking for goalies who can pick up a win, but in GPPs, we need the goalie to pick up the win and see a high volume in shots. That won’t always be the most expensive goalie on the slate, so you’ll want to target a goalie that is going to see a lot of shots, and hopefully stop enough of them to help his team win. DraftKings has a 35-plus save bonus of +3 points for a goalies who stops more than 35 shots. As mentioned earlier, you can’t disregard these bonus points, especially in a GPP where every point matters.

In cash games, if a player is highly owned, it doesn’t make too much of a difference. If he goes nuts and scores a bunch of goals, everyone benefits, but in GPPs, you need to look for players with the potential to have a big night, but that the rest of the field might fade. This might mean players with tough matchups, playing on back-to-back nights, or who are experiencing a slump. In GPPs, if you own a player who is 5% owned, and he goes off, that will help shoot you up the leaderboard, without bringing your opponents with you. Don’t be afraid to be bold here--take a line that might have to face off against another good line, or against a top goalie. Playing it safe won’t help you get to the top, so look for a matchup that you think you can exploit and stack it!