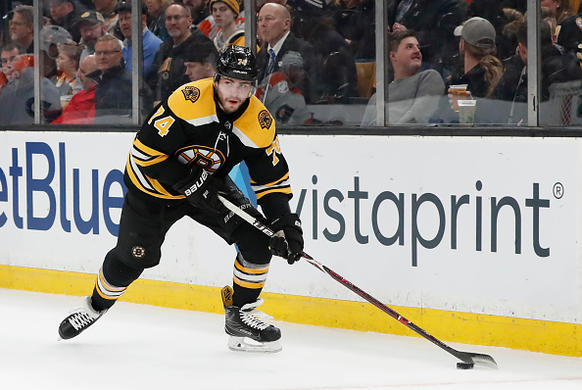 Below is a breakdown of Monday’s four-game NHL DFS slate followed by example lineups. Please note that pivots in the lineups are geared more towards GPP contests.

The four favorites in tonight’s games all opened as at least -155 favorites. It’s no surprise given how large the favorites are that the four teams with above average matchups per my own matchup stat are the four favored teams. That means it’s likely to be an extremely chalky night. Of the four favorites, the Avalanche have the lowest implied goal total and the worst matchup per my matchup stat, so they’re the favorite to throw out in the interest of narrowing options, though you might consider having a piece of them somewhere if playing multiple lineups.

The biggest favorite is Washington at -220 at home against Columbus. Columbus does not present any obvious individual matchups to target or avoid, and Washington’s second line is overpriced on both sites, which makes Washington’s first line the... 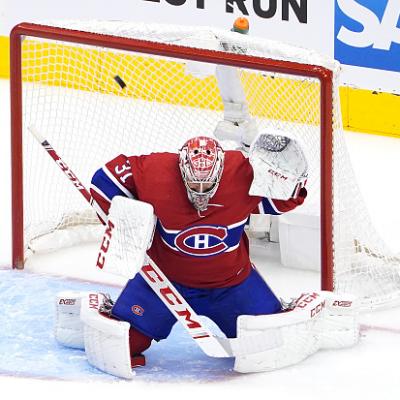 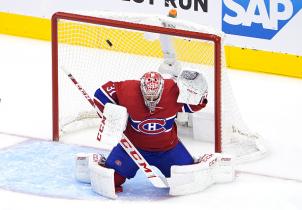 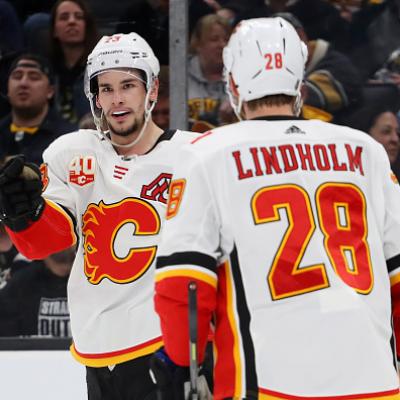 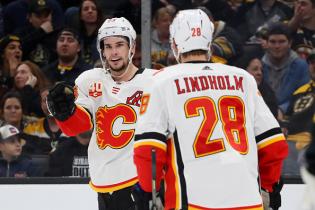 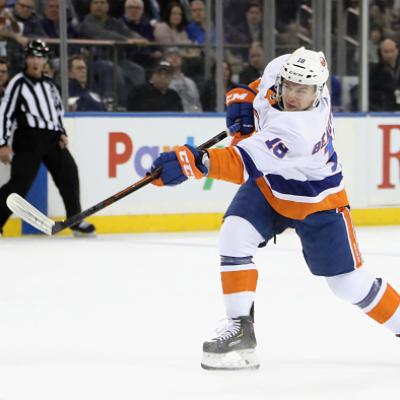 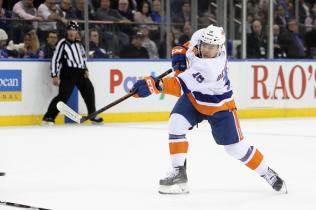 NHL Anton Khudobin gets the start in Game 3 vs. Flames

NHL 2G, including the winner for Bo Horvat in Game 2

J. Kotkaniemi - F
MTL
Kirk Muller moved Jesperi Kotkaniemi to a line with Max Domi and Jonathan Drouin Friday and it paid off in spades.
Muller took over behind the Montreal bench as coach Claude Julien was sidelined with heart problems and moving Kotkaniemi resulted in the Finn scoring twice in a 5-0 win over the Flyers. Kotkaniemi struggled at times this season and was demoted to the AHL where he regained his confidence with 13 points in 13 games. “All the kudos to KK,” Muller said “No one wants to go down, but he did and he learned from it. It’s a maturity level. This is a really tough league and when you’re young you have to learn some stuff. But you know what, it made him a better player and you can see it. He’s faster, he’s stronger, he’s physical. His play shows itself. He took it and learned from it and got to be a better player and he’s been a real big impact on our hockey team since we’ve come to Toronto.” The Habs may finally have a number one center who really is a number one.
Added 7:20 am (EST)
Added 7:20 am (EST)

T. Rask - G
BOS
Boston coach Bruce Cassidy was not concerned about the comments made by goaltender Tuukka Rask in which he stated that playoff games seemed like exhibition games due to the lack of fans.
“I didn’t speak to him after his comments. Tuukka, I think the Boston media knows him well enough — he answers his questions the way he feels,” Cassidy said Friday. “It is a unique environment, but to me, there’s playoff intensity on the ice. You’ve just gotta control what you can control when you’re a player. In my situation, as a coach, the way I look at it, at the end of the day, they’re gonna hand out the Stanley Cup this year. So we’ve gotta play our best hockey if we want to be that team. That was our goal at the start of the year. We didn’t anticipate it would end up in an environment like this, but here it is, right? You play the hand you’re dealt, and you prepare yourself — and in my case prepare the team — in this case, for Game 3, to play our best hockey game and that’s what my focus is on right now, plain and simple. That’s what we’re gonna do tonight and puck drop tomorrow at noon, we’re gonna put our best foot forward.”
Added 6:53 am (EST)
Added 6:53 am (EST)

A. Khudobin - G
DAL
Anton Khudobin allowed two goals on 23 shots in Friday’s 2-0 Game 3 loss to the Calgary Flames.
Khudobin will suffer the loss but he can never be blamed for this one. Simply put, his team couldn’t capitalize on their numerous chances, with Tyler Seguin coming the closest when he rang two first period shots right off the post, missing another golden chance in the final minutes of regulation. Game 4 is set for Sunday and it will be interesting to see if the Stars go back to Ben Bishop or give Khudobin another shot.
Added 1:26 am (EST)
Added 1:26 am (EST)

C. Talbot - G
CGY
Cam Talbot stopped all 35 shots he faced in Friday’s 2-0 Game 3 win over the Dallas Stars.
Geoff Ward sent a strong message to the rest of his team and the hockey world when he went back to Talbot for Game 3. The coach’s faith clearly instilled some confidence in Talbot, as he was sharp throughout the contest, saving his best for the final minutes when he absolutely robbed Tyler Seguin in tight to keep Calgary up by a couple of goals. Tonight marks the fourth career postseason shutout for Talbot, and the second of these playoffs. The two teams will be back in action on Sunday with Calgary having a 2-1 series lead.
Added 1:24 am (EST)
Added 1:24 am (EST)

T. Brodie - D
CGY
TJ Brodie scored a goal in Friday’s 2-0 Game 3 win over the Dallas Stars.
With the Flames up a goal in the third and looking for an insurance marker, Brodie stepped into a clapper, beating a screened Anton Khudobin to give the Flames some breathing room. It’s Brodie’s first of the postseason, giving the 30-year-old blueliner three points in seven games. Mikael Backlund (shorthanded) also scored for the Flames as they take a 2-1 series lead. Game 4 is scheduled for Sunday.
Added 1:23 am (EST)
Added 1:23 am (EST)

M. Backlund - F
CGY
Mikael Backlund scored a shorthanded goal in Friday’s 2-0 Game 3 win over the Dallas Stars.
Backlund took advantage of a Star blowing a tire to just beat Anton Khudobin on a partial break. Despite numerous chances throughout the game, both goaltenders played well and Backlund’s goal ended up holding up as the winner. The Flames now hold a 2-1 series lead with Game 4 scheduled for Sunday. T.J. Brodie also scored for Calgary in this one.
Added 1:22 am (EST)
Added 1:22 am (EST)

T. Myers - D
VAN
Tyler Myers left Game 2 against St. Louis on Friday due to an injury.
Myers exited the game 1:46 into the third period after he was hurt on a hit from Blues forward Brayden Schenn. The Canucks blueliner appeared to go headfirst into the boards and seemed to be favoring his shoulder a bit. His status for Game 3 on Sunday is unknown at this time.
Added Yesterday 11:07 pm (EST)
Added Yesterday 11:07 pm (EST)