Brett Talley gets you ready for the day in MLB DFS 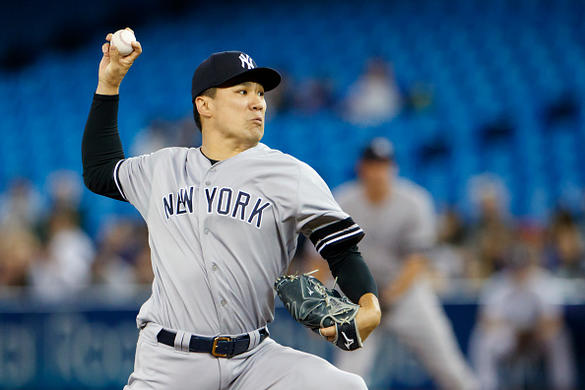 This game is only included on the DK main slate, which is five games, whereas the FD main slate only has the four games starting at the typical 7:00 PM ET hour.

Both pitchers have tough matchups, Heaney’s being the tougher of the two. He’ll face a Yankee lineup that ranks fourth in wRC+ vs. LHP, while Tanaka will face an Angel lineup that ranks 10th in wRC+ vs. RHP, though they are currently without Mike Trout . Heaney has some upside and will be contrarian given the matchup. He ranks second among main slate probable starters in both SIERA and K-BB% since August 1. He’s an option in GPPs with that upside and presumably low ownership. Tanaka is an option for cash games as the Yankees should be heavily favored, and he won’t have to see Trout or Ohtani.

If you go with Heaney in a GPP lineup, you might pair him with a few LA hitters in a stack. Tanaka has some...

A. McCutchen - LF
PHI
Andrew McCutchen (knee) said Thursday that he'll be "ready to go" whenever the season begins.
For a full breakdown and detailed player analysis GO PRO and join the Fantasy Alarm Family! CLICK HERE to unlock your PRO package and take advantage of instant savings!
Added 11:18 am (EST)

M. Tanaka - SP
NYY
Masahiro Tanaka has returned to Japan due to concerns over the coronavirus pandemic.
For a full breakdown and detailed player analysis GO PRO and join the Fantasy Alarm Family! CLICK HERE to unlock your PRO package and take advantage of instant savings!
Added Yesterday 5:13 pm (EST)