Fantasy Baseball Daily Round Up: August 13 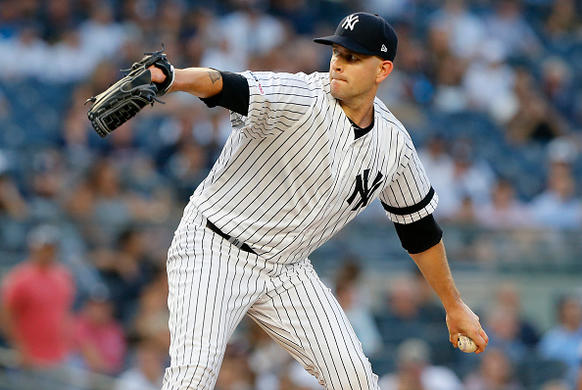 This year’s number one overall pick, Adley Rutschman, caught a combined no-hitter for the Class A Short-Season affiliate of the Orioles last night. Rutschman has 74 pro plate appearances between rookie ball and A-ball, and he’s hitting below the Mendoza line. That’s obviously not ideal, but he has posted excellent plate discipline numbers with his strikeout rate is a tad under 15-percent and his walk rate is well into the double digits. For such a young player, his immediate command of the strike zone is encouraging. Presumably better results will follow.

The pickings are slim here with Monday being a short slate and the Astros-White Sox game being postponed. James Paxton is probably the best choice as he registered a quality start and lead the day’s starters in both strikeouts and swinging strikes with seven and 14, respectively. Paxton has now gone at least six innings in all three of his August starts and has a sub-3.00 ERA for the month. That said, his xFIP in August is 4.81 due to a K:BB ratio barely over three, and two of his three starts have come against the lowly Orioles. It has been a disappointing season for Paxton, and while the recent results are nice, he may not be poised to rip off a late-season run that cures all ills.

Only one hitter who had more than one plate appearance on Monday finished with a wOBA over 1.000 for the day, Trevor Story . Story went 3-for-4 with a home run and a walk with eight total bases. This game was at Coors, and, as you might expect, Story has been much better at home than on the road this season. He has been almost exactly league average on the road with a .327 wOBA away from Coors with the league average wOBA being .325. At Coors, his wOBA is a whopping .433. The only qualified hitters with a wOBA higher than .433 on the season are Christian Yelich and Mike Trout . It’s obviously ballpark-aided, but when Story is at home, he produces like one of the best players in the league.

The Red Sox literally never had a 50-percent or better chance of winning Monday’s game against the Indians per Fangraphs’ win expectancy chart (included below), but they still managed to play the game of the day on a short slate.

Cleveland started the game with a 52.3-percent chance of winning as the favored home team and, other than the 100-percent chance they had when the game was over, they peaked at a 91.6-percent chance when the Red Sox were down to their final out with only a runner on first trailing 5-4 in the ninth. But the next batter doubled and scored that runner from first, and Cleveland’s chance of winning dropped to only 50.4-percent when that batter reached third on a stolen base. However, that runner on third never scored, and Carlos Santana led off the bottom of the ninth with a game-winning home run. 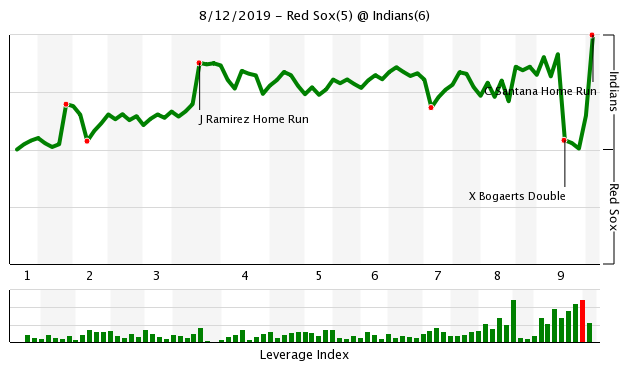 After a rainout yesterday, the Astros and White Sox will play two today. Zack Greinke and Gerrit Cole will start for Houston, and it feels like that caliber of teammates starting on the same day is something that would find its way into a Jayson Stark column. Plenty of other quality pitchers are slated to go today, but most of them aren’t facing another quality starter. The best matchup of the day is probably Chris Sale against Mike Clevinger . Games that have playoff implications on both sides include Cubs-Phillies, Twins-Brewers and Athletics-Giants. 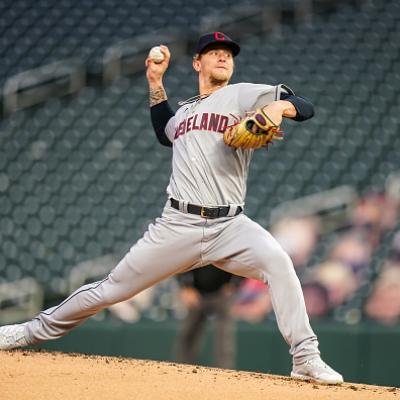 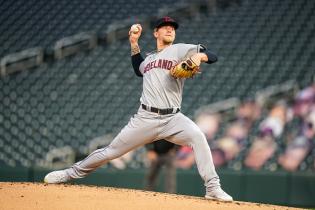 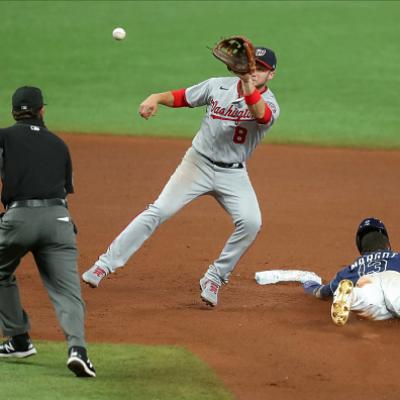 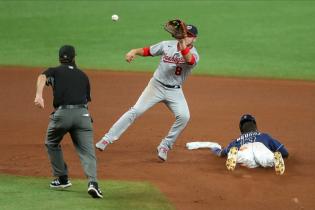 A. Wood - RP
LA
Alex Wood will start for the Dodgers on Friday in Colorado.
It's Wood's first "start" since July, but it will be a bullpen game since he's been used in relief following his activation earlier this month. The left-hander has pitched well since returning, allowing just one earned run while striking out seven over 5 1/3 innings.
Added 1:06 pm (EST)
Added 1:06 pm (EST)