Fantasy Baseball Daily Round Up: July 2 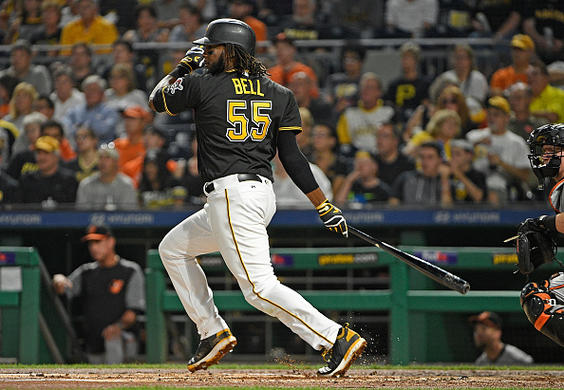 Sadly, the dominating news of the day from Monday was the passing of Angels pitcher Tyler Skaggs.

Angels statement on the passing of Tyler Skaggs. pic.twitter.com/6XA2Vu1uWV

The Angels were in Dallas for a series against the Rangers beginning Monday night, and Skaggs was found unresponsive in his hotel room in the afternoon. The game against the Rangers was postponed and will be made up a later date. All of us here in the FAmily extend our condolences to the Skaggs family and the Angels organization.

Monday was a relatively short slate to begin with that was shortened further by the postponement of the game in Texas. As a result, the options for this “award” are a bit thin, but we’re going to give the nod to Tyler Mahle . Mahle allowed three runs over six innings with eight strikeouts and two walks. He generated the most swinging strikes of the day with 13.

Mahle has a 4.36 ERA on the season in 16 starts, but a 3.80 xFIP indicates he may have some room to grow. He has been a bit unlucky in that he has been significantly better at home with a 2.96 ERA there compared to 5.04 on the road with 10 of his 16 starts being away from Cincy. However, his bigger problem is his struggle against left-handed hitters. He has a sub-3.00 FIP against same-handed hitters but a 6.66 FIP against lefties. He faced a tough group of lefties from Milwaukee tonight but managed not to get run out of the park.

Mahle is someone to use in DFS or to stream when facing a lineup light on lefties. The teams with the fewest left-handed hitter vs. right-handed pitcher plate appearances are the Marlins, Yankees, Royals, Padres and A’s. Other NL teams down the list are the Nationals and Cardinals, and the Reds have three series left against St. Louis. They also have a four-gamer against the Marlins in August, and it would be a shame if Mahle’s scheduled start didn’t fall during that series.

Bell wasn’t the only story from the Pittsburgh lineup as Colin Moran and Adam Frazier both had five-hit games. Frazier was particularly impressive with four doubles, which tied a franchised record. Less impressive but still somewhat bizarre, pitcher Steven Brault was used as a pinch hitter, got a hit and later came around to score. It was a good night for Pittsburgh all around as they beat the Cubs 18-5.

Here is a look at all three of Bell’s home runs.

Josh Bell is the first lefty for the Pirates to hit 3 home runs in a game since Willie Stargell pic.twitter.com/b0yqHCxXnV

Three of Monday’s five games were all but over through five innings, but a three-run sixth for the Rays and a five-run seventh for the Brewers were the closest we came to drama. The Rays trailed 3-2 heading to the home half of the sixth, but a Kevin Kiermaier three-run home run gave them the lead for good. The Brewers trailed 3-1 in the seventh but scored two off Mahle to tie it and chase the starter from the game. They finished it off by tagging David Hernandez for three more runs in the innings.

We’re back to a full slate on Tuesday with all 30 teams in action. Some highlights include: