Fantasy Baseball Daily Round Up: June 16

Bret Talley goes around the league, giving a daily state of the union for the world of fantasy baseball. He outlines current storylines and gives insight on what to watch for going forward. 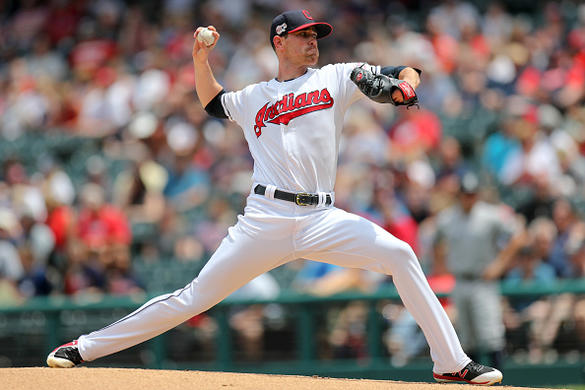 The Anthony Davis trade was the biggest trade of the day in the sports world on Saturday, but it certainly wasn’t the only trade. The Yankees made a deal for Edwin Encarnación with Seattle’s return undefined currently. Encarnacion currently leads the AL in home runs and has a 139 wRC+ with excellent plate discipline numbers. The 36-year-old is aging gracefully, and he’ll make the New York lineup even more potent.

is a hell of an offense

Shane Bieber was fantastic yesterday striking out 12 over 7.2 innings with two runs and five base runners allowed. He had a whopping 22 swinging strikes generated, which was seven more than any other starter yesterday. That brings his swinging strike rate up to 14.1-percent on the season, which ranks top 10 among qualified starters. His ERA is still a tick over four but expect that to drop into the three’s soon. Here is every strikeout from Bieber yesterday.

This is a bit of horn tooting, but we’re giving the nod to J.D. Davis here. The horn tooting comes from the fact that yours truly had Davis in the MLB DFS Playbook and several example lineups yesterday. He delivered going 4-for-5 with a home run, eight total bases and three runs scored. Davis has been entirely serviceable this season with a 109 wRC+ and respectable plate discipline numbers. Davis has a little bit of a reverse split going this season with a 116 wRC+ against same-handed pitching, which means he’s not just an option when facing a left-handed starter. Davis is available in a ton of leagues and certainly worth considering on the wire.

Yu Darvish and Walker Buehler had an old-fashioned duel last night, and both could’ve been in the running for pitcher of the day if not for Bieber’s excellent performance. Both guys went seven innings with Darvish striking out 10 and walking one and Buehler striking out six and walking none. The only run allowed by either was a solo home run off Darvish by Alex Verdugo in the fourth. That 1-0 lead held up until the ninth inning when Anthony Rizzo hit what turned out to be a game-winning two-run home run. Here’s the game graph courtesy of Fangraphs. 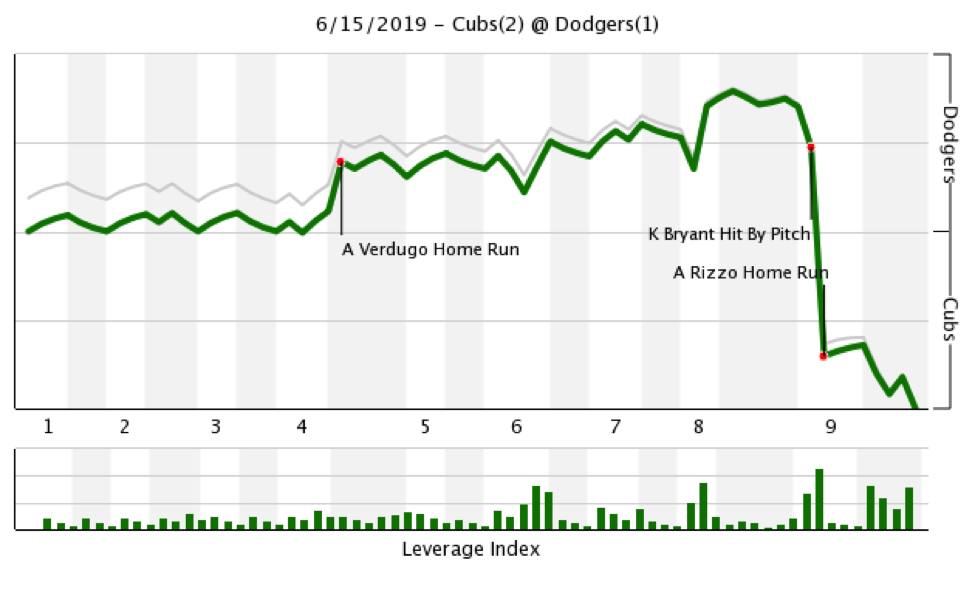 Can Yordan Alvarez hit another home run? After launching 23 in only 56 Triple-A games before being called up, Alvarez has now homered in four of his first five major league games. He is one of only four players to ever do that. Alvarez isn’t just hitting homers, he’s also getting on base thanks to six walks in only 19 PA. That’s right, half his plate appearances to date have been either a home run or a walk. He’ll hit third for Houston today, and he’ll have the platoon advantage against Toronto starter Trent Thornton . Lefties have a .361 wOBA against Thornton this season, and he is allowing 1.73 home runs per nine to lefties. It’s a good matchup for Alvarez to continue his tear. 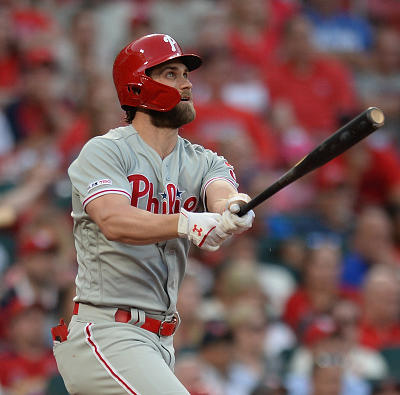 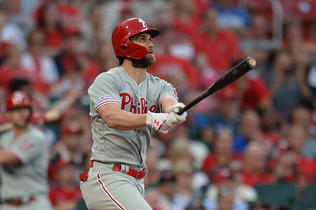