Fantasy Baseball Daily Round Up: May 8 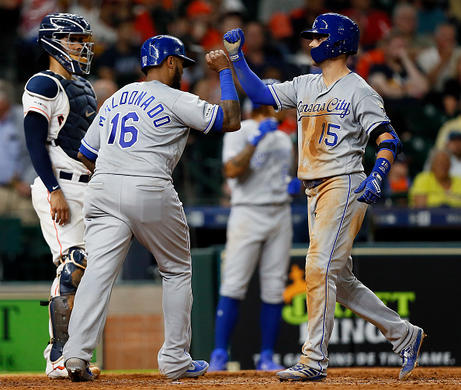 The last time the Kansas City Royals hit two grand slams in a game, John Buck was involved. So yeah, it’s been awhile. Buck no longer owns that bit of trivia as Ryan O’Hearn and Whit Merrifield both hit salamis in Kansas City’s 12-2 blowout of Houston.

GRAND SLAM!!!
O'Hearn's fourth homer of the season clears the bases and the #Royals are up 6-0 in the third.
Catch the action right now on FSKC and FSGO. #AlwaysRoyal pic.twitter.com/VMN5l39tQ5

The #Royals weren't going to be satisfied with just one grand slam tonight.
Whit hits the first grand slam of his career and the Royals have two in one game for only the second time in franchise history.
Catch the action right now on FSKC and FSGO. #AlwaysRoyal pic.twitter.com/crsZ3R2HaF

The Royals were not good offensively last season with a team wRC+ of 88, which ranked 23rd in the league. Whit Merrifield was the only qualified hitter on the team with a wRC+ north of 89. This season they’ve shown significant improvement as they had a 97 wRC+ entering play on Tuesday. They’ve got a whopping five hitters who have been above average, so consider KC differently when you’re considering pitchers facing them.

Let’s give Lucas Giolito the nod here for striking out eight over 7.1 innings while allowing only six baserunners. Unfortunately, half of those baserunners came via walks, which is Giolito’s weakness as his walk rate was 11.5 percent entering Tuesday’s start. But the impressive start lowered Giolito’s ERA more than full run all the way down to 4.06. That’s much more in line with his xFIP which was 3.67 entering the start and is 3.68 now.

Despite the walks, Giolito’s xFIP is solid thanks to a 28.9 percent strikeout rate, which is far better than his 17.3 percent career strikeout rate. Giolito’s swinging strike rate has spiked to 13.1 percent compared to his 8.9 percent career rate. Ditching his sinker completely for more four-seamers and a few more sliders is a pitch mix change that supports the increased whiffs being sustainable. It would be nice if he’d make another alteration by cutting down (or cutting out) his curveball in favor of his slider that has been the far superior pitch. Giolito has a plus changeup, so he’d still be a three-pitch starter without the curve.

With a 5.5 percent ownership rate in ESPN leagues, Giolito is obviously widely available. He’s not without risk, but he’s a streaming candidate at the very least.

Hunter Pence is 36-years-old and has been a decidedly below average hitter in each of the last two seasons. However, after going 3-for-4 with a home run, double, single and walk on Tuesday, Pence now has a 159 wRC+ on the season in 72 PA. While Pence’s .354 BABIP is a bit high, he’s not on a luck-fueled hot streak. He’s walking more than he ever has at 10.3 percent and has never had a double-digit walk rate in a season. His strikeout rate is as low as it has been since 2013, and it’s backed up by higher contact rates and a lower swing rate on pitches outside of the zone. Pence is obviously getting a massive park shift going from San Francisco to Texas, which adds to the idea that his status as a contributor is sustainable. He’ll need to earn a bit more playing time going forward, but he’s a name to keep in mind as he’s widely available in fantasy leagues.

The Yankees twice had less than a five percent chance of winning their game against the Mariners. In the top of the ninth, Seattle’s Dee Gordon stole second with only one out, and New York’s win expectancy dropped to 4.7 percent. Gordon would not score, and the deficit remained two heading to the bottom of the ninth. The win expectancy dipped again to 4.7 percent when Clint Frazier flied out to lead off the inning. But just two batters later the Yankees were expected to win after Gleyber Torres singled and Giovanny Urshela homered. Urshela’s two-run home run represented a 47.2 percent shift in win expectancy. The Yanks didn’t wait for extras as Cameron Maybin singled, stole second and was driven in by DJ LeMahieu with two outs. Despite all the injuries, the Yanks are a solid 21-14. Here’s a look at the game chart courtesy of Fangraphs. 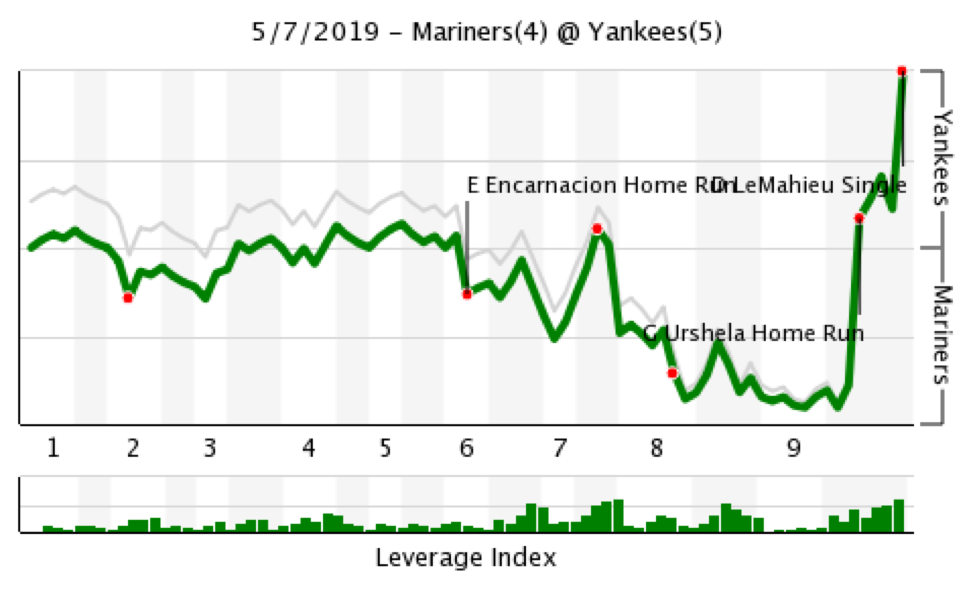 Forgive me, but I’m a Dallas Stars fan and currently feel as is if there is no reason to watch any sport today or any other day. It’ll pass, but not yet. Whatever ends up happening tonight, we’ll be here to recap it for you in the morning. 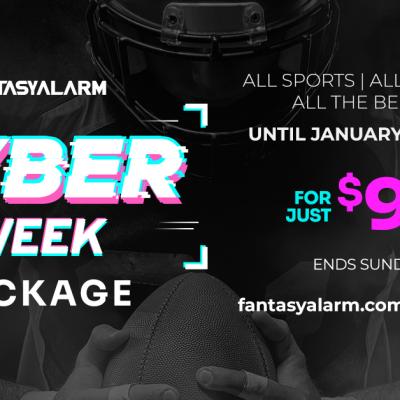 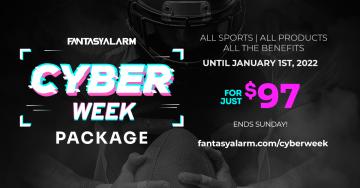 MLB Kris Bryant unlikely to be traded by Wednesday

E. Díaz - C
COL
Rockies and C Elias Diaz avoided arbitration by agreeing to a one-year, $1.2 million contract.
The deal also carries $300,000 in performance-based incentives, per Bob Nightengale of USA Today. Diaz, 30, slashed just .235/.288/.353 over 73 plate appearances for the Rockies in 2020 and holds a weak .655 career OPS as a major leaguer. He projects to back up Tony Wolters behind the plate next season in Colorado.
Added Yesterday 8:21 pm (EST)
Added Yesterday 8:21 pm (EST)

B. Rooker - RF
MIN
Brent Rooker (forearm) has been doing range-of-motion activities and began hitting on Monday.
Rooker needed surgery in mid-September for a fractured right forearm, but he is on a relatively normal offseason schedule now and should be 100 percent recovered by the opening of spring training. The 26-year-old posted an impressive .316/.381/.579 batting line over his first 21 major league plate appearances this past summer with the Twins and could take on a fairly significant role in Minnesota next season.
Added Yesterday 7:26 pm (EST)
Added Yesterday 7:26 pm (EST)

S. Oberg - RP
COL
Scott Oberg (shoulder) started a throwing program on Monday.
Oberg has required multiple procedures for blood clotting issues and also underwent thoracic outlet surgery on his right shoulder this past September, but he is currently aiming to be at full strength for the beginning of the 2021 season. The 30-year-old reliever registered a dominant 2.25 ERA over 56 innings for the Rockies in 2019 before having to sit out the condensed 2020 campaign due to the aforementioned health problems.
Added Yesterday 6:08 pm (EST)
Added Yesterday 6:08 pm (EST)

R. Erlin - SP
ATL
Robbie Erlin has agreed to a one-year contract with the Hokkaido Nippon-Ham Fighters of Japan’s Pacific League, per Ken Rosenthal of The Athletic.
There's no word yet on the financial framework of the deal, but it probably carries more guaranteed money than Erlin would have found in MLB-affiliated free agency. The 30-year-old former third-round pick of the Rangers struggled to an 8.10 ERA in 26 2/3 innings of work this past season between the Pirates and Braves.
Added Yesterday 5:16 pm (EST)
Added Yesterday 5:16 pm (EST)

J. Ureña - SP
MIA
Marlins designated RHP Jose Urena for assignment.
This move clears out a 40-man roster spot for reliever Adam Cimber, who was acquired from the Indians on Monday in exchange for cash considerations. Urena battled both COVID-19 and a non-displaced ulna fracture in his right forearm this year while struggling to the tune of a 5.40 ERA in five starts covering 23 1/3 innings. The 29-year-old right-hander put up a 3.90 ERA in 343 2/3 innings for Miami between 2017-2018, but he was probably going to be a non-tender candidate this winter given his rising cost in arbitration.
Added Yesterday 4:43 pm (EST)
Added Yesterday 4:43 pm (EST)

A. Cimber - RP
MIA
Marlins acquired RHP Adam Cimber from the Indians for cash considerations.
Cimber was designated for assignment by Cleveland last week to clear out a 40-man roster spot for Jordan Humphreys. The 30-year-old reliever owns a respectable 3.89 ERA in 136 1/3 career innings at the major league level and should be able to claim a spot in the Opening Day bullpen for Miami leading into the 2021 campaign. In a corresponding move, the Fish have designated Jose Urena for assignment.
Added Yesterday 4:39 pm (EST)
Added Yesterday 4:39 pm (EST)

J. McCann - C
CWS
Andy Martino of SNY.tv reports that the Mets are after James McCann "more" than J.T. Realmuto at the moment.
It's worth noting that this comes from "sources outside the organization," but it's clear that the Mets see McCann as a serious possibility. It makes some degree of sense, as the Mets' biggest needs are arguably starting pitching and center field. Trevor Bauer and George Springer would be great fits on that end, respectively. McCann is going to do well in free agency, but he won't be as pricey as Realmuto, so the club could conceivably address multiple needs by going down this path. Of course, the plan could all change if Springer and/or Bauer end up elsewhere. Realmuto certainly hasn't been ruled out as a possibility for the Mets. The club is still searching for a general manager at the moment, but team president Sandy Alderson is heading up baseball ops as the Hot Stove gets underway.
Added Yesterday 2:17 pm (EST)
Added Yesterday 2:17 pm (EST)

H. Kendrick - 2B
WSH
Howie Kendrick intends to play next season, reports Britt Ghiroli of The Athletic.
Kendrick previously considered retirement, but Ghiroli hears that he's already drawn some interest and will look to play "at least" one more year. Coming off a monster 2019, the 37-year-old battled hamstring and back injuries this past season while batting just .275/.320/.385 with two homers over 100 plate appearances. Still, it's easy to imagine him drawing at least part-time at-bats next year, especially if the DH sticks around for 2021.
Added Yesterday 2:12 pm (EST)
Added Yesterday 2:12 pm (EST)