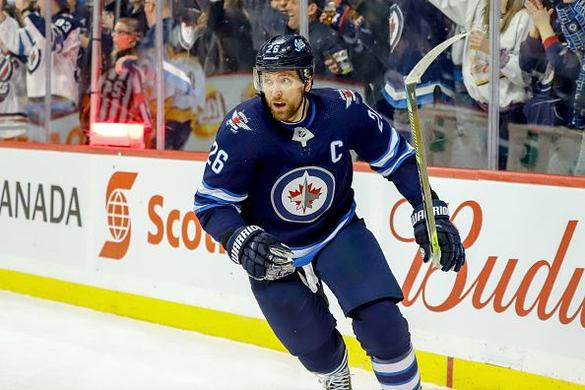 Below are game breakdowns for each of the four games on tonight’s NHL DFS main slate. Included at the bottom of the post are example lineups for tonight’s slate.

This game has plenty of offensive potential. The Capitals have the highest implied total of the slate per Vegas, and the Jets have the best matchup of the day per my own matchup stat.

With Washington having the highest implied total they’ll be quite chalky, so it makes sense to pay up for Alex Ovechkin in cash games. He’s priced more reasonably on DK, but pricing is softer on FD, which should make it possible to roster him on either site. Tom Wilson plays on the top line with Ovi and has a reasonable price tag on FD if you’re looking for indirect exposure to the Russian. Similarly, Matt Niskanen is priced well on both sites, and his pair plays the most with Ovi’s line at even. Both Wilson and Niskanen play on the second PP unit.

For the Jets, Blake Wheeler is their most productive player...

B. Seabrook - D
CHI
Brent Seabrook (hip) is aiming to return for the Stanley Cup Playoffs.
Seabrook underwent surgery on his right shoulder in December, his left hip in January, and his right hip in February, but hockey's COVID-19 shutdown has allowed him time to heal. The veteran defenseman is skating now and should soon be cleared for contact. Blackhawks training camp is set to open July 13.
Added 6:06 pm (EST)
Added 6:06 pm (EST)

J. Valimaki - D
CGY
Juuso Valimaki (knee) is not expected to rejoin the Flames for the Stanley Cup Playoffs.
Valimaki suffered a torn ACL in his right knee last summer and is still in recovery mode. He resumed skating in late January, but the Flames don't want to rush the 21-year-old.
Added 6:02 pm (EST)
Added 6:02 pm (EST)