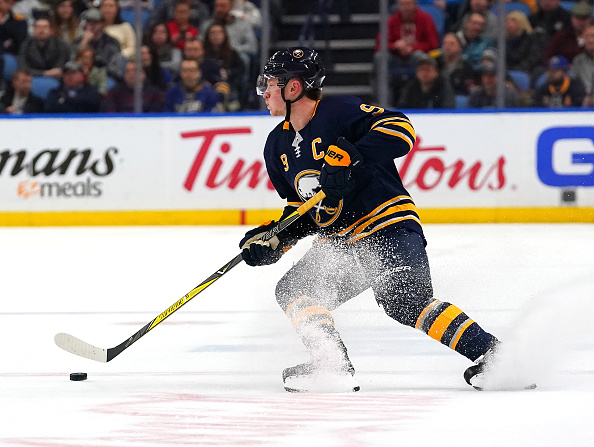 Below are game breakdowns for each of the four games on tonight’s NHL DFS main slate followed by example lineups.

Buffalo is a slight favorite on the road in New Jersey, and we think they arguably have the best matchup of the day. The Sabres are a slightly-below-average possession team, but they have the possession advantage over the Devils who have the fourth worst 5-on-5 Corsi For Percentage in the league.

The Devils don’t present any individual matchups to avoid, so Buffalo’s top line is the play. Jack Eichel and left winger Jeff Skinner stay together on the top PP unit where they’re joined by Sam Reinhart. Reinhart has played on the top line a lot this season, but he’s playing on the second line right...