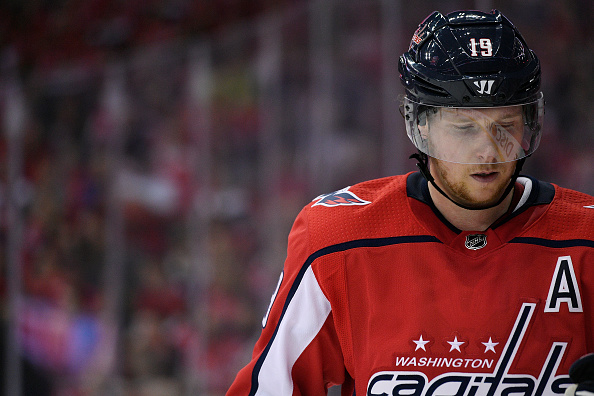 The Eastern Conference Finals will feature the winners of each of that conference’s divisions, the Washington Capitals and the Tampa Bay Lightning. The Lightning have home ice advantage, and they’re the clear favorite in Vegas at -190. Both DraftKings and FanDuel will be offering one-game slates, so we’ll breakdown how these teams match up from a fantasy perspective below.

The Lightning enter the series essentially fully healthy, but the Capitals are dealing with some injuries. Nicklas Backstrom was injured in Game 5 of the previous series and missed the clinching Game 6. Andre Burakovsky was injured in Game 3 of the first round and hasn’t played since. With a completely healthy lineup, Washington’s lines will probably look something like this, certainly the top six:

If Burakovsky remains out, expect Chandler Stephenson to jump up into the top six. If Backstrom is out, Lars Eller is the guy who should take his place. If both Backstrom and Burakovsky play, that line is the one you want to avoid when picking Tampa players to roster. When Backstrom, Burakovsky and Oshie were all healthy and together in the regular season, they were Washington’s best possession line. But if that line is incomplete, the Kuznetsov line will represent the toughest matchup for the Bolts.

Washington tends to use Backstrom against opposing top lines in home games, and Tampa tends to use their second line against opposing top lines in home games, so you can expect Backstrom’s line to see Steven Stamkos’ line most of the time at even strength. Alex Ovechkin’s line should see more of Brayden Point’s line. That said, these teams may feel the need to mix things up if trailing in the series. If the home is trailing in the series as it goes several games deep, these line matchup predictions will be less reliable.

Tampa’s best possession line in the playoff has been its top line, which means Backstrom’s line will have the tougher of the individual matchups assuming these line matchup predications hold for most of the series. To recap, we expect the Kuznetsov to have the best matchups at even strength for the Caps, and we expect Point’s line to have the better matchup assuming both Backstrom and Burakovsky are in the lineup. If not, the matchups will be more favorable for Stamkos line.

As for the depth lines, Tampa’s bottom six is more dangerous than Washington’s. Washington has seen some production from guys like Eller, Vrana and Stephenson so far, though those guys have had to play in the top six some due to their injuries. For Tampa, Yanni Gourde and Alex Killorn each have six points in the playoffs despite playing almost exclusively on the third line.

Where Gourde and Killorn see meaningful minutes is on the power play. Killorn plays on the top unit with the top line, and Gourde plays on the second unit with the second line, which has seen about a quarter of Tampa’s PP minutes in the playoffs. By contrast, Washington’s top PP unit of Oshie, Backstrom, Kuznetsov, and Ovechkin has seen the clear majority of Washington’s PP work in the playoffs. The other difference is that Tampa’s third line has solid possession numbers at even strength in the playoffs. The bottom sixes should match up almost exclusively in this series, and Tampa’s has the possession edge.

The defensemen who see power play work in this series are John Carlson, Matt Niskanen and Dimitry Orlov for Washington and Victor Hedman and Mikhail Sergachev for Tampa. Niskanen and Orlov play on that second PP unit that doesn’t see much work for Washington. Hedman plays with Tampa’s top unit, but Sergachev should see about 30 percent of Tampa’s PP minutes.

There’s not much need to say much about goalies because they’re not in these one-game FanDuel lineups, and they’re optional on DraftKings. But the short version is the Andrei Vasilevskiy has a higher floor since the Bolts are favored to win more games, and Braden Holtby has more upside as the Bolts are averaging over 30 shots on goal per game in the playoffs.