Brett Talley takes a look at today's MLB slate and offers up his favorite DFS stacks to play in both cash and GPP contests on FanDuel and DraftKings. 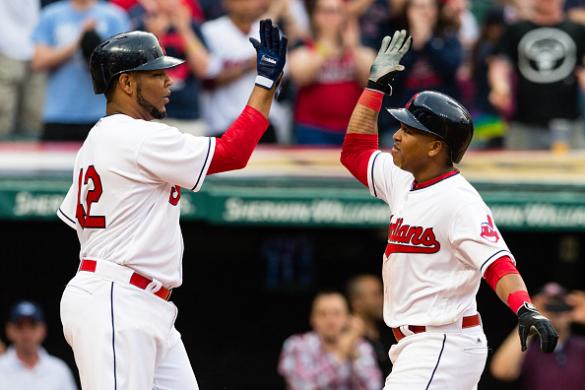 Below are stacks to consider for Friday’s full, 15-game slate.

Yesterday I discussed how bad bullpens often go overlooked when we’re picking hitters for daily contests. Analysis tends to focus on the starting pitcher hitters will be facing, but relievers have faced 37.5 percent of all batters that have come to the plate this season. To overlook the pitchers that hitters face more than a third of the time is a mistake.

To that end, I suggest using our pitcher projections to identify starters that may not make it deep into the game that also have bad bullpens behind them. Today, the projected short outing and subsequent bad bullpen to pick on is left-hander Nik Turley and the Twins.

Turley will be making his second major league start tonight, and he lasted only four innings in his first start. Turley was used primarily as a reliever last season, and he has been used as both a reliever and a starter in the minors this year, so it’s safe to assume he’s not conditioned to go deep into games. As for his talent level, ZiPS projections are not a fan, projecting him for a 6.35 ERA in 30 innings over 10 appearances (five starts).

As for Minnesota’s bullpen, they have the highest bullpen ERA in the league and the second highest xFIP. And it’s not as if they’re improving as their 6.27 ERA over the last 30 days is also the worst in the league and even worse than their season-long ERA.

Cleveland’s best hitters between this year and last against lefties have been Edwin Encarnacion and Jose Ramirez. Those two have hit next to each other in the order the last four times the Indians have faced a left-handed starter, so they’re a good duo to build a Cleveland stack around.

Let’s talk about Coors since it’s always a major consideration. Generally speaking, fading Coors makes sense as a GPP strategy given that it’s an obvious way to be contrarian. But tonight might specifically be a good night to not stack Coors given the starting pitchers going, right-handers Jeff Samardzija and Antonio Senzatela.

First of all, both the Rockies and the visiting Giants are bad against right-handed pitchers. The Rockies only rank 14th in wOBA vs. RHP, which is incredible given that wOBA is not park-adjusted. When you use a park-adjusted number like wRC+, the Rox are tied for dead last in the league with an 80 wRC+. The team they’re tied with for dead last? You guessed it, the Giants.

Senzatela has pitched surprisingly well at home this season with a 3.18 ERA in 45 innings, though it must be noted some good fortune in the form of a low BABIP and a high strand rate has aided him at home. As for Samardzija, he has been pitching very well of late with a 2.97 ERA and 2.77 xFIP in his last six starts with 45 strikeouts in 39.1 innings and only two talks.

So yeah, the case can certainly be made to fade Coors today.

Let’s go back to the bullpen theme for a moment. The Mariners will face the Rangers tonight, who have the sixth worst bullpen ERA and the seventh worst xFIP. The Rangers also rank bottom 10 in each category in the last 30 days. The Mariners could see a healthy dose of that bullpen tonight with Tyson Ross coming off the DL and making his first start in more than 14 months. In four rehab starts, Ross only amassed 18.1 innings, so it wouldn’t be a shock if the Texas bullpen pitched more than half the game.

The Mariners are also getting a nice positive park shift on the road in Texas. Seattle’s park is no longer the extreme pitcher’s park it used to be, but it’s still a below average park for hitters, while Texas is perennially an above average park for hitters. Texas plays up for hitters in large part because it’s probably the warmest locale without a covered stadium (for now), and tonight will be no exception with a hitter-friendly game time temperature of 94 degrees.

Seattle has hit right-handed pitching well this season with the eighth best wRC+ vs. RHP to date. They should be able to do some damage against Ross before getting into the weak bullpen. The Mariners have four hitters who have a wRC+ vs. RHP higher than 135 between this year and last, Mitch Haniger, Robinson Cano, Nelson Cruz and Kyle Seager. That quartet has hit 2-3-4-5 in the lineup in Seattle’s last five games, so it’s not too tough to figure out which M’s to stack.

If you’re looking for a more contrarian stack option tonight, the Phillies might be worth a look at home against left-hander Patrick Corbin. The Phillies only rank 25th in wRC+ vs. LHP, but they do have some pop against lefties with a .184 ISO against them that is the sixth best mark in the league.

Corbin gives up a fair bit of hard contact with the fourth highest hard contact rate among today’s starters with at least 50 innings this season. That’s a big reason why his HR/9 this year is up at 1.75. It also helps that he has allowed hitters to elevate a bit more this season as his groundball rate has dipped below 50 percent this year. It should also be noted that it’s not as if Corbin’s hitter-friendly home park is skewing his numbers as his ERA on the road this year is 9.00, and his career road ERA is 4.99 and much higher than his career home ERA.

Tommy Joseph and Aaron Altherr have ISOs of .295 and .260 between this year and last against lefties, respectively. That duo has hit 3-4 in the lineup in Philly’s last two games, which were both against left-handed starters, so that’s a good spot to start with a Phillies stack. Catcher Cameron Rupp also hits lefties well, and left-hander Michael Saunders is above average without the platoon advantage and could be included in a stack if he gets a start.