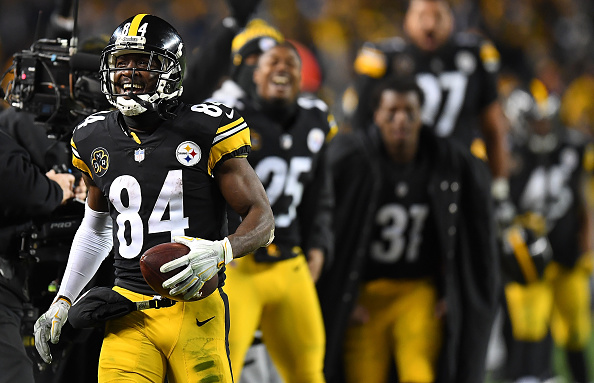 Bestball season is alive and well. Every day we get closer to the start of season and we learn more about what the season will actually look like. Less speculating, more sure things.

Although, nothing is a sure thing, and that’s why we love bestball.

No picking your starters. The highest scoring players get to play. No need to sweat out injuries because your other players will step in if necessary. It’s all about the most points and the best insurance policy.

When it comes to roster construction, according to historical data curated by FantasyMojo.com, this is the combination with the highest win rate: 2 QBs, 8 RBs, 9 WRs, 5 TEs, 2 PKs, 2 DEFs.

Of the six divisional winners in the 2017 Pros vs. Joes contest (of which I was one), all teams drafted two or three quarterbacks, six or seven running backs, between seven and 10 wide receivers, three to five tight ends, two or three kickers and exactly three defenses.

Last year Mike Beers of Rotogrinders and RotoViz took down the whole contest. I came in second. Here’s are our rosters:

We clearly both rode the Todd Gurley pony to victory.

We both drafted at the 4-spot.

If Odell Beckham played, I would have won this league and it would not have even been close.

Both teams have balance.

This year, I’m at it again. But I drafted in the 7-spot. Here are the results:

I’m following in the Beers footsteps with this one, but honestly, has anyone ever made the case to NOT draft Antonio Brown at 1.7? Nah… 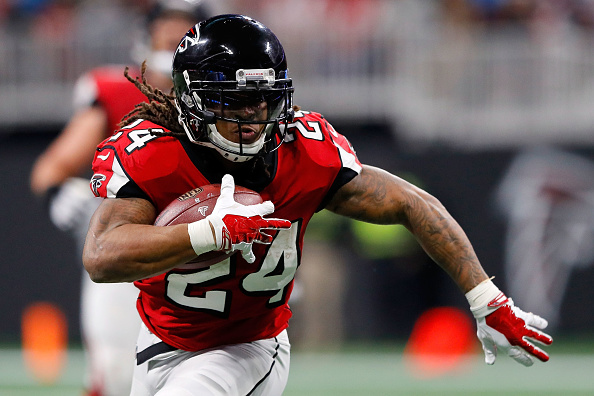 This felt high, but the running backs were flying off the board. Collins didn’t play in more than 30 percent of the team’s offensive snaps until Week 8 and he finished the season as the 16th highest scoring fantasy running back.

Jones averaged 6.1 yards per carry over his collegiate career, and averaged 3.5 yards after contact alone. Love him for a lot of volume, especially with Jameis Winston starting the season with a suspension.

This is a TE premium league, with 1.5 points per reception at the position. Matt Nagy confirmed he’s going to use Burton like he used Travis Kelce , and I am all ears.

Landry has the most receptions over the course of the first four years of any wide receivers’ career in history. He did that with a Ryan Tannehill , Jay Cutler , Matt Moore hybrid. So no, TyRod Taylor and Baker Mayfield do not scare me in the slightest.

It’s Round 7 and I get to draft the slot receiver in an offense led by Alex Smith ? Yes, please.

In 2015, Tyler Eifert saw 6 red zone target and turned 13 of them into touchdowns. Last year Tyler Kroft saw 12 red zone targets and turned seven into touchdowns. The plan was to pair Eifert with Kroft because one of them will the touchdown guy in Cincy, but I got sniped on Kroft. Still, I’m fine with Eifert here considering the upside and this is bestball so I don’t need to worry about his sordid injury history.

Round 9: Will Fuller , WR, Houston Texans 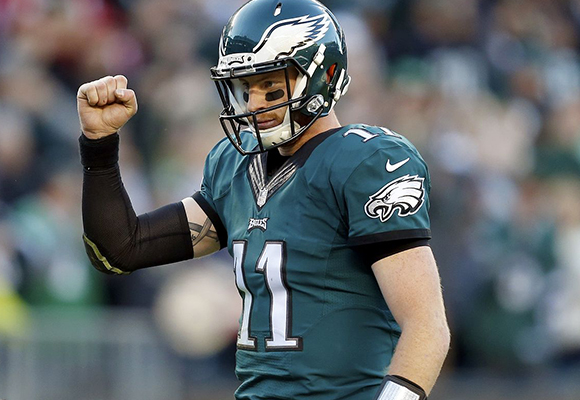 This is nuts. I haven’t seen Fuller go this late in a draft yet this year. And in bestball, he’s gold. One of the highest upside receivers in the league on a per game basis.

If you’re a member of FA Nation, you know that I wait until the double-digit rounds to get a quarterback almost always. I held strong and still got Wentz? Wow.

But hey, I’m not dumb. Wentz still isn’t practicing due to his ACL rehab, so I grabbed some GQ insurance and I feel great about it. #undefeated

He’s the number one wide out on a team in the AFC South. He’ll have big games, no doubt.

Allen Hurns hasn’t gone over 500 yards or scored more than three touchdowns in years. Gallup has the path of least resistance for any of the rookie wide receivers to be the No. 1 target on his team. And in the 13th round, even if that doesn’t become the case, who cares? We’re going for upside in these rounds, so he’s this year’s Cooper Kupp to me.

I have two Washington wide receivers on this team, but most people don’t know that Alex Smith was the absolute most accurate quarterback on passes 20 yards or more downfield. I think Richardson will have some big games, and that’s what you care about in bestball. Giddy up. 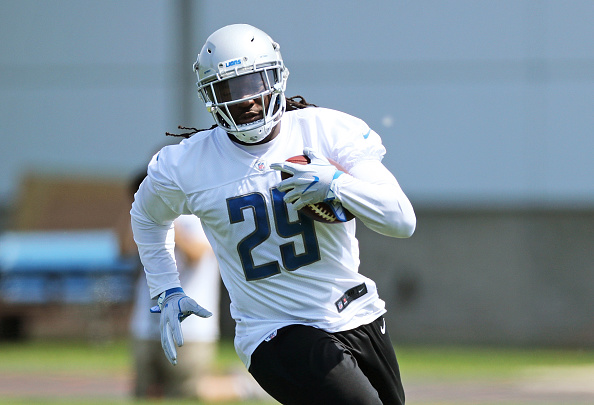 A bit of a dart throw, but whenever there is a vulnerable depth chart, which I believe the Jets have, I’ll try to get a piece just in case it works out in my favor.

Not much tread on the tires, but you know the Lions will let him pound the rock. And if he does end up the goal line guy, I am intrigued.

Everett was the first draft pick of the Sean McVay era. Rookie tight ends rarely work out for fantasy, but last year he showed some promise. Everett is here because he plays on one of the highest scoring offenses in the league last year, and that will probably be the case in 2018 as well.

He is a bestball only pick for me, but you know if he’s healthy they will get him in the end zone a couple more times as a fan favorite during his farewell season. It just won’t be predictable, so he’s a no-go in traditional leagues.

He probably won’t start forever, but when he plays, Bradford has a very high floor. And just in case one of my other QBs goes down, I like to have a third. This is a strategy call, and I’m making it.

The Jags always take the points. Lambo is an incredibly underrated kicker with a solid floor and high, high ceiling.

Another team that will take the points because they have quarterback woes and they play in a tough division. Catanzaro is the best kicker they’ve had in a while. 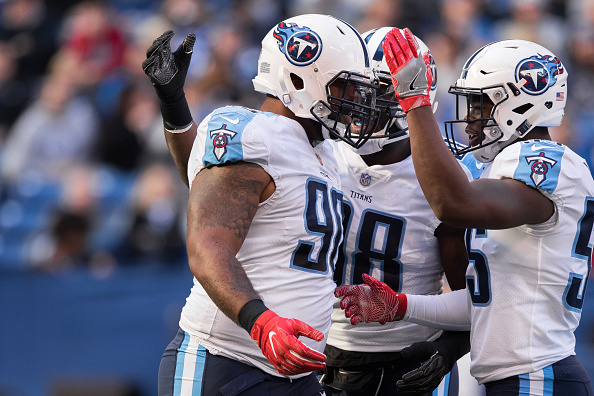 Seems like he’s the guy who will get the first crack at trying to semi-fill Jason Witten ’s shoes. Dak needs a short distance guy, so here’s to hoping Jarwin can get it done. And maybe I’m listening to Jim Bowden too much. Ha!

I maybe waited too long to take a defense, but I like the Titans to put up a lot of points in a division with not a lot of great offensive play.

Tough division, but their defensive line has three first-round picks on it. They gotta come around, right?

He was a rookie last year on the worst team in football. He didn’t have a lot of chances to score. He’s also in a job battle, but I didn’t have choices that were NOT in a battle. And I like to carry three kickers on every bestball team. Kickers get cut. Also, one of the three options usually have a double-digit game. I want points every week because I am greedy.

I’m only here for the games when they play Eli Manning and get all the interceptions.

He almost joined the Jets, but they couldn’t agree on money. The next time a team loses a back, Morris gets a job. He was fantastic when he filled in for Ezekiel Elliott last year. He averaged 2.8 yards per carry, 3.3 of which came after contact. Second to last round in a deep league like this is a fine place to take a dart throw.

Kerley is the wide receiver to have on your fantasy team, even after Corey Coleman came to town this week. Kerley is the locked in slot receiver, so his role has nothing to do with Coleman. He’s a veteran, and he has great hands. Up until his last game of the 2017 season, he caught literally every single target thrown his way. On the Jets.