Brandon Marianne Lee continues her Stats You Need to Know series with the NFC South teams in order to help you make those tough decisions you'll face on Draft Day for you fantasy football league. 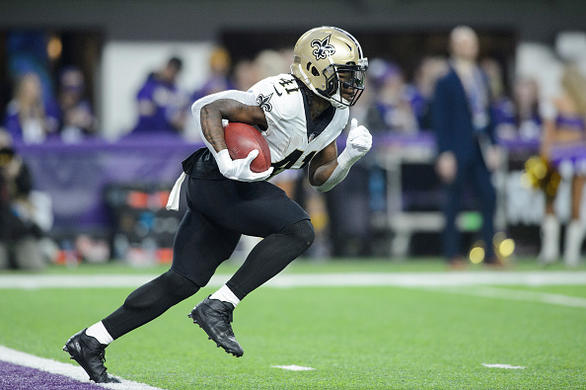 Last year the New Orleans Saints were a Stefon Diggs miracle catch away from making the NFC Championship.

The year before, the Atlanta Falcons were ahead in the Super Bowl, 28-3, and somehow still lost in overtime to the New England Patriots.

The year before that, Cam Newton won the league MVP before going on to lose to the Denver Broncos in the Super Bowl.

The Bucs were on Hard Knocks.

The NFC South also provides great fantasy options. The stats are here to tell you a story.

Interim head coach, Jim Hanifan, was very into props when making motivational speeches during the 1989 season. He once brought in a stick of dynamite, and told them to be explosive while inviting the players to come up and touch it before a game against the 49ers. They lost to San Francisco 23-10. The next week he brought in three hand grenades when they travelled to play the Vikings. They lost to Minnesota 43-17. But he needed to up his game for this third and final attempt...

T. Hockenson - TE
DET
Hockenson (ankle) was still using a scooter to get around in late December, Michael Rothstein of ESPN.com reports.
For a full breakdown and detailed player analysis GO PRO and join the Fantasy Alarm Family! CLICK HERE to unlock your PRO package and take advantage of instant savings!
Added 11:46 am (EST)