Brandon Marianne Lee loves her stats and jumps into the MLB fray with a look at some surprising stats from each team and what fantasy baseball owners need to know. 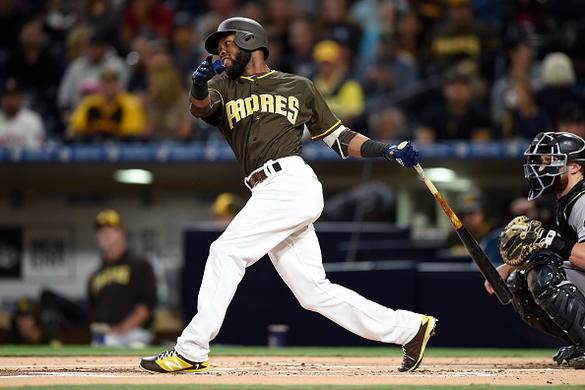 It’s Brandon. Yes, I’m still here! I’m all over your computer during football season, but I thought it was important to pop up while we’re all gearing up for baseball season to give you some stats that caught my eye.

Enjoy! And then get back to your spreadsheets!

Last season, A.J. Pollock posted a slash line of .266/.330/.471 with 14 home runs and 20 stolen bases despite missing 50 games with a groin injury. Still, 2017 was one of only three seasons wherein Pollock played over 100 games. All those seasons were odd years, meaning this 30-year-old has never played in 100+ games in back-to-back seasons.

The switch-hitting Johan Camargo hit just four home runs over 241 at-bats his rookie season, but against southpaws he put up a .403/.434/.694 slash line. Camargo is the front-runner for the Braves’ third base job, but Atlanta has a lot of depth at the position. 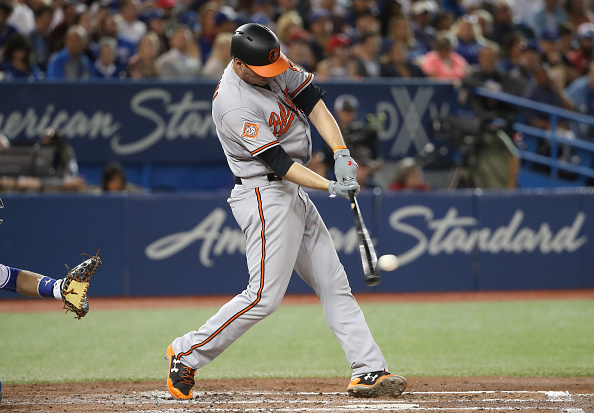 Since 1913 only three players have hit seven home runs in their first 12 games: Dino Restelli, Trevor Story, and Trey Mancini. Last year, Mancini put up 24 homers and 78 RBIs with a .293 average. His current ADP sits at 169.68.

Tyler Chatwood played 68 games at Coors Field. In those games, he had a 5.25 ERA. Since 2016, he has a 2.57 road ERA which is tied for the second-best among NL pitchers. Chatwood is now a Cub, and the team will play in Coors Field three times this season.

Avisail Garcia hit .327/.378/.503 last year with an eye-raising .392 BABIP and 18 home runs. He did steal five bases, but was caught on three other attempts. In the American League, 57 players had more at-bats than Garcia. Only 11 of those players had less than 18 home runs.

Nick Senzel has played only 57 games in Double-A. If you combine his stats from Double-A last season with the 62 games he played at Single-A, he hit .321/.391/.514 with 14 stolen bases. He will likely start the season at Triple-A Louisville, but he was selected No. 2 overall in the 2016 draft for a reason.

Bradley Zimmer stole 18 bases over 299 at-bats last season. In the AL, only Ben Revere had more SBs (21) on less at-bats (291). But while Revere posted only one home run and 20 RBIs, Zimmer managed eight home runs and 39 RBIs. Unfortunately, Zimmer also struck 0ut in 29.8% of those at-bats. 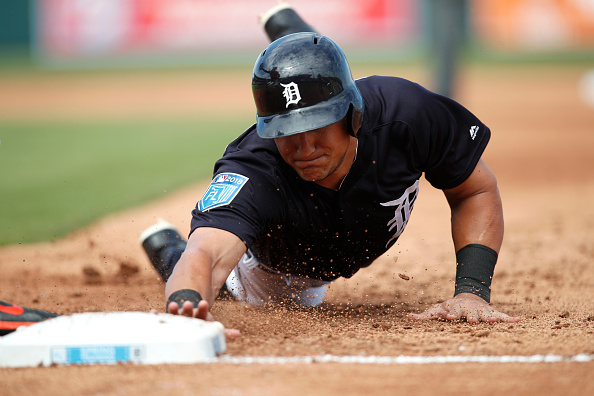 Mikie Mahtook was the only player in the American League to have six or more steals without getting thrown out. Not once. From June through August, he slashed .337/.386/.531. He’s projected to enter the season as the starting left fielder and to bat sixth behind Victor Martinez and Nicholas Castellanos.

Whit Merrifield led the AL with 34 stolen bases. In the free-agency era, only Merrifield and Ichiro Suzuki debuted over the age of 25 and stole over 25 bases the following season. His 169 hits were 11th most in the AL, 20th most in baseball, with a BABIP of .308.

Justin Upton tied with Elvis Andrus and Francisco Lindor for the fourth most doubles in baseball, just behind Jose Ramirez, Jed Lowrie, and Mookie Betts. Only three players in 2017 managed at least 30 homers, 10 steals, and 100 RBIs: Charlie Blackmon, Paul Goldschmidt, and Justin Upton.

Jose Urena managed a 3.82 ERA last season, but also a 5.29 DRA(Deserved Run Average). He only struck out 113 batters in 169.2 innings pitched. No pitchers in the entire league posted fewer strikeouts in as many or more innings.

Fernando Rodney will turn 41 years old on March 18. Last year, Rodney converted 39 of 45 save chances for the Diamondbacks on their way to the playoffs. He was the fifth pitcher in history to earn 30 saves after the age of 40. The others were Dennis Eckersley, Trevor Hoffman, Mariano Rivera, and Doug Jones. 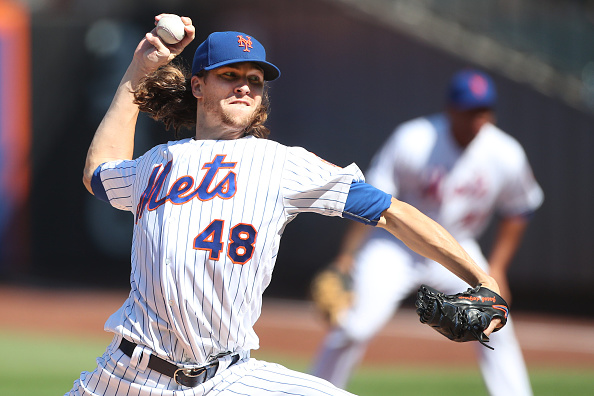 Last season was the first time that Jacob deGrom pitched over 200 innings in a season. He posted a career-high 239 strikeouts while improving his strikeout rate to 10.7 K/9. Right now, the ADP numbers put DeGrom at 44.19. Last year, prior to hitting 200 in either category, his ADP was less than two rounds later.

Last year Masahiro Tanaka gave up 35 home runs, tied for the fourth most in the majors. His 4.74 ERA was by far the worst of his career. His worst year prior to 2017 was a 3.51 ERA in 2015. However, if you split up his season, Tanaka had a 5.56 ERA during the first half of the season (which included his disastrous opening day performance), but then a 3.90 ERA over the back half.

Matt Olsen saw only 189 at-bats last season, but his .651 SLG was the absolute best in the American League for any batter with at least 35 at-bats. The next highest was Mike Trout at .629, and then Aaron Judge at .627. Only one player in the National League had a better slugging percentage than Olsen, and that was J.D. Martinez. Olsen also hit a home run within the first hour of the 2018 season.

Phillies breakout player Rhys Hoskins hit 18 homers in his first 34 major league games. That’s the record. He also failed to hit a homer over the last 11 games of the season. He only has 170 career at-bats, but he also has an OPS of 1.014 and will call Citizen’s Bank Park his home.

In January, the Giants signed Austin Jackson to a two-year $6 million deal with bonuses based on playing time and other escalators that could bring the overall value of the deal up to $8.5 million. Jackson played in 85 games last season for the Cleveland Indians with a .387 OBP, which was the fifth best in the American League among players with at least 280 at-bats, and tied with Alex Avila for 15th best overall.

In 2017, Tommy Pham put up a .306/.411/.520 slash line. He finished with 23 homers, 25 stolen bases, and 73 RBIs. Much of this was possible because Tommy Pham found the perfect contact lenses that made up for a degenerative eye disease, keratoconus. His vision could suffer another setback. He also posted a .368 BABIP.

Chris Archer now has two seasons with 200-plus innings pitched and 233-plus strikeouts. Despite a career-high 11.2 K/9 and 2.7 BB/9, hitters going up against Chris Archer hit .343 average on balls in play.

Joey Gallo struck out on 37 percent of his at-bats in 2017. He put up 12 less strikeouts than the league-leader Aaron Judge, but he did so on 93 less plate appearances. He is the only batter in the league with over 175 strikeouts with at least 425 at-bats. Interestingly, the American League had four batters with 195 or more strike outs: Judge, Gallo, Khris Davis and Chris Davis. The batter with the fifth most strikeouts in the American League was Justin Upton, but he had considerably less at 179. The most strikeouts for any batter in the National League was Trevor Story at 191.

Anthony Rendon is the only batter with 100 or more RBIs and 25 or less home runs in the National League. In the American League, Mookie Betts, Albert Pujols, and Nomar Mazara were also in that category. All 20 other players with at least 100 RBIs had at least 26 HRs. 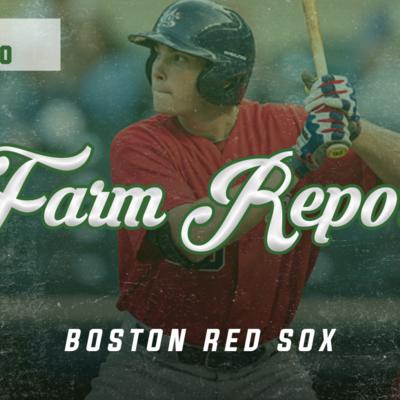 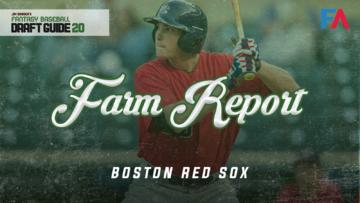 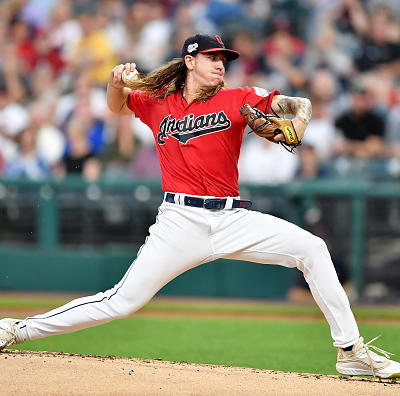 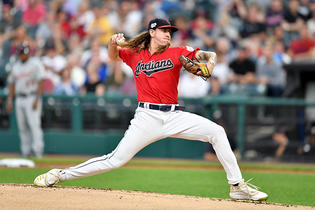 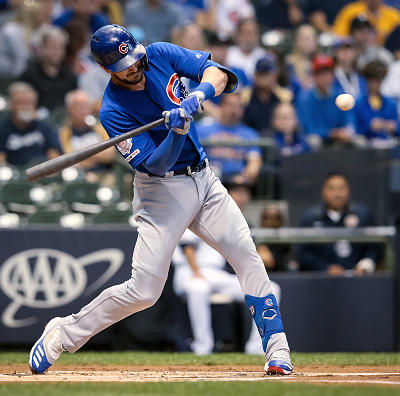 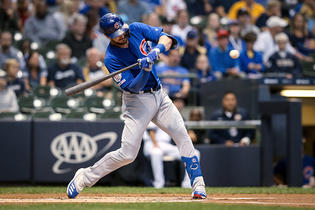