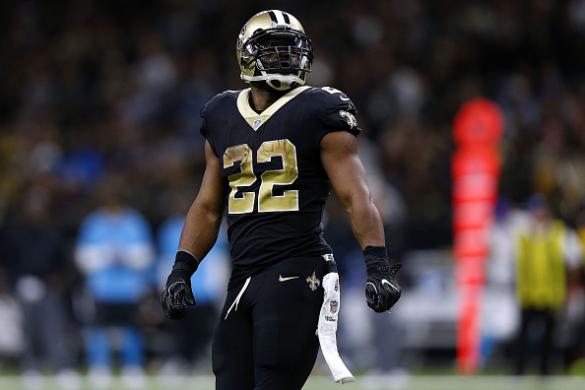 Or welcome to another week of DFS goodness. Week 14 is filled to the brim with incredibly difficult matchups for traditionally consistent fantasy options. We are all in need of some creativity if we want to win in this topsy-turvy week.

Over the course of his last six games against the New Orleans Saints, Matt Ryan averaged 328.3 passing yards per game while scoring 14 touchdowns and only throwing one pick. He’s aiming for his seventh game in a row against the Saints with a 100+ passer rating.

Stephen Hauschka is tied with Matt Prater with a league-high seven 50+ yard field goals made this season. 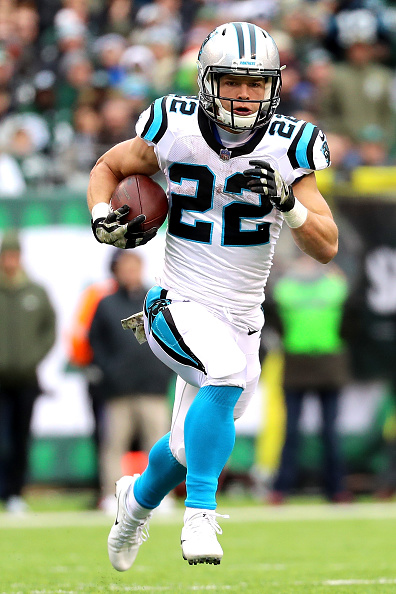 Kyle Rudolph has at least four catches in every game since Week 5, and he’s scored three touchdowns over the last two weeks. The Panthers have only allowed three tight ends to score a touchdown on them, and none of those tight ends had over 24 receiving yards.

Rookie tight end, Adam Shaheen of the Chicago Bears, has caught all but one of his targets so far this season.

Last week Josh Gordon played in his first NFL game since 2014. He caught four of his 11 targets for 85 yards. This week he will likely face the most coverage from Damorious Randall. According to Pro Football Focus, Randall as allowed 66 percent of his targets to be caught this season. 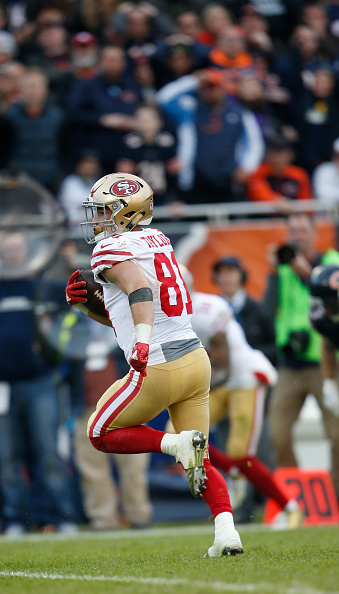 If DeAndre Hopkins scores against the 49ers, that would be the seventh home game in a row with a score.

The Raiders played against the Chiefs in Week 7. During that game, Amari Cooper caught 11 of his 19 targets for 210 yards and two touchdowns. No other time this season has Cooper put up more than 62 yards.

According to Pro Football Focus, Alex Smith’s 78.4 accuracy rate is the second-best among quarterbacks, only behind Drew Brees. Ironically, Smith also has a 56-percent accuracy on pass attempts targeted 20 yards or more downfield, the absolute highest rate in the league.

In Weeks 10, 11, and 12 Rod Smith played in more snaps than Alfred Morris. In Week 13, Morris played in 53-percent of the snaps, but while Smith only played in 40-percent.

When the Giants played the Cowboys in Week 1, Not one of the Giants scored over 10 fantasy points. In PPR formats, Shane Vereen managed 14.1 points (due to his nine catches) and Sterling Shepard managed 11.4 points.

Matthew Stafford has been sacked 38 times this year, the second-most in the league. Over the course of the season, Tampa Bay has logged a league-low 17.0 sacks.

According to Pro Football Focus, DeMarco Murray has the highest pass protection grade among all half backs (81.2). The second-best grade belongs to Duke Johnson Jr. (81.0).

With only three weeks of playing in more than 2-percent of the team’s offensive snaps, only 12 tight ends have more touchdowns than Ricky Seals-Jones. 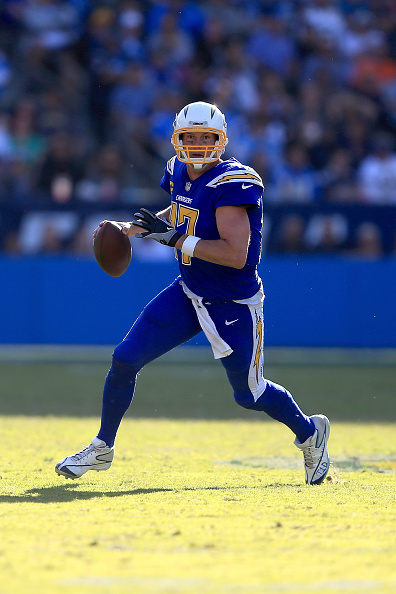 Ryan Grant has four touchdowns in his last six away games.

Over the last four weeks, Russell Wilson has averaged a position high 24.54 fantasy points per week. He’s averaging 237.8 passing yards. 2.3 passing touchdowns, 40.3 rushing yards and 0.5 rushing touchdowns per game. No quarterback has scored more than two passing touchdowns against the Jacksonville Jaguars all season. However, while Marcus Mariota, Jacoby Brissett (twice), and DeShone Kizer all rushed for over 20 yards, none of the opposing quarterbacks ran in for a score.

Jacksonville sacked quarterbacks 45 times this season, the absolute most in the league. Second most is Pittsburgh with 40. They are tied for second in the league with 16 interceptions. They are also tied for first in fumble recoveries (11) and they scored the most defensive touchdowns (6) thus far.

LeGarrette Blount played in 47 percent of the snaps in Weeks 11 and 12, the most among the team’s running backs. In Week 13, Blount only played in 19 percent. Corey Clement played in 37 percent and Jay Ajayi played in 41 percent.

Cooper Kupp leads all rookies with 665 yards this season. Over the last two weeks, Kupp has 13 catches and 184 receiving yards in the absence of Robert Woods.

The last time Alex Collins lost a fumble was in Week 4 against the Steelers. Collins has four rushing touchdowns over the last three weeks.

Despite being divisional opponents, Martavis Bryant has only played against the Ravens one time in his career. That was in November of 2014 and Bryant scored two touchdowns in that outing.

Dion Lewis has a 100 percent completion rate on all 15 of his 2017 targets. He is the only running back with a perfect catch rate with more than seven targets on the season.

Jay Cutler’s season average for passing yards is 183.7 yards per game. That is 35 among quarterbacks, less than Jacoby Brissett, Tom Savage, and DeShone Kizer.

A. Billings -
CIN
Billings notched 35 tackles (18 solo) and one sack across 16 regular-season games in 2019.
For a full breakdown and detailed player analysis GO PRO and join the Fantasy Alarm Family! CLICK HERE to unlock your PRO package and take advantage of instant savings!
Added 3:52 pm (EST)