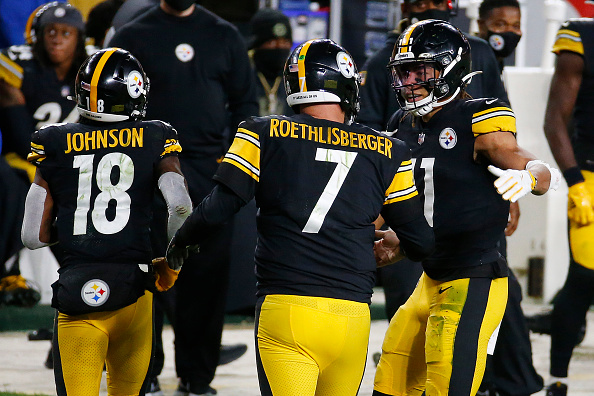 Another week, another close call but the Packers held on against the Jags and we live another week.  Very few losers this past week as upsets in games with large point spreads have been scarce. With each passing week, your choices are getting fewer. Some pools require you to pick two teams at this point making it harder to advance. Let’s see what is in the cards for week 11.

There are two home teams that are 7+ point favorites and the Chargers are one of them. They are playing the 0-9 Jets and are favored by 8½. They are also the lone blemish on my picks this year and since I took them earlier, they won’t be my pick.  Should they be yours if they are still an option? The Jets played the Patriots well in Week 9 and then went on their bye.  Sam Darnold is not expected to play and that may be a good thing as Joe Flacco seemed to have some semblance of a rapport with Breshard Perriman and the rest of the Jet receivers. The Jets though were the Jets, and to the delight of all their fans, they wound up losing to the Patriots on a last-second field goal keeping their Trevor Lawrence aspirations alive. The Chargers have a knack for losing games and this is the chance you take by taking them this week. On paper, they should beat the Jets, but on paper, they should have won more than two games this year.  They are the biggest home favorite of the week, but they could also be the biggest risk.

The Vikings are on a roll and take on the Cowboys as 7½ point favorites.  They played well against a tough Bears defense and Dalvin Cook will be going against the second-worst run defense in rushing yards allowed.  Kirk Cousins ended his Monday night losing streak at nine, connecting with Adam Thielen for two TDs. Justin Jefferson had another big game, although he has one every third game it seems.  Before the bye, the Cowboys played the Steelers well, but what can we expect from them? Andy Dalton is expected to return but Garrett Gilbert seemed to do better with the offense than Dalton did when he was in.  The Vikings defense has also been playing well which doesn’t bode well for the Cowboys.  The team in purple should definitely garner your consideration this week as I expect them to control the ball with the running game.

The biggest favorites of the week are the Steelers on the road in Jacksonville.  They go to Florida as ten-point favorites and undefeated. The Jaguars covered the spread and almost took down the Packers in Green Bay this past week.  James Robinson continued to impress but Jake Luton struggled and will be facing one of the best defenses in the league. If the Steelers can find a way to bottle up Robinson, the Jags will have a tough time scoring points.  Jacksonville is 27th in the league in sacks allowed and the Steelers are first in sacks.  Not a good combination if you’re Jake Luton’s ribcage. The Jags knocked a lot of teams out in Week 1 when they surprisingly took down the Colts and have given a scare or two including last week.  Will they be able to take down the Steelers? I’m not counting on it. The Steelers should be ready for this one and will be a popular pick this week.

The Chiefs are arguably the best team in the league and find themselves 6½ point favorites over the Raiders in Vegas. They have been a popular pick in the past but if you have them available, they could weigh in on your decision-making. The Raiders are playing well and could possibly be an arrow in the Chiefs side. The Chiefs have much better matchups later in the season so if you’ve saved them so far, I think the Steelers, Vikings, and Chargers are all better picks this week.

The Ravens are 6½ point favorites over Tennessee and with the way they’re playing, I’m surprised it’s that big of a spread.  This game and pretty much the rest of the slate are very close and risky plays.  One way to go to be completely contrarian is taking the Dolphins on the road over the Broncos.  The Dolphin defense is playing well, and Drew Lock looks lost and isn’t healthy. It’s risky as it’s in Denver (no apparent weather issues as of now), but the Fish are on a roll. Looking forward they do face the Jets next week, so it may be wise to save them.

“Good” teams we haven’t used yet: Pittsburgh, Minnesota, Baltimore, Seattle, Indianapolis, Las Vegas, Tennessee.  Let’s look at the next four weeks of the schedule and see who would be strong choices: (teams in parentheses are ones I have taken, but you may still have them available)

Pick of the Week: Pittsburgh

The two strongest picks are the Steelers and Vikings. Looking ahead, the Vikings are also a strong pick in Week 12 and taking them then allows you to save Seattle for Week 14 against the Jets. It also gives you a choice between Baltimore and Las Vegas in Week 13.  If you took Pittsburgh already then pivoting to the Vikings is the way to go.  The Chargers should beat the Jets, but they have been snake-bitten all year. Jacksonville will not go down easy, but I think the Steeler defense will be too much for the Jags offensive line.  Good luck and hope to see you back next week.